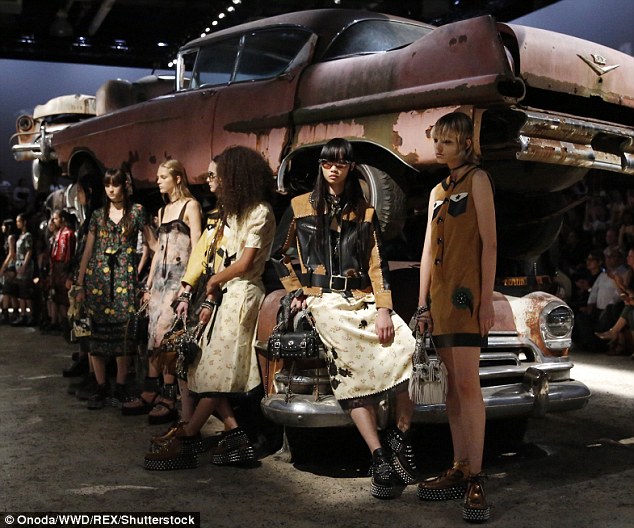 You wanna be in my gang? Coach 1941 takes a road trip through Americana at New York Fashion Week

Punk was the prevalent theme at the Libertine show on Monday, 12th September taking the classic elements of British punk while Vevers takes on American culture of the varsity jacket and naughty middle America prairie dresses where he traveled to Sante Fe, New Mexico for inspiration.

The show was set designed as a dramatic wasteland of rusted Cadilacss and Chevrolet’s piled up on top of each other setting the punk tone perfectly of anti-establishment.

The designer showcased nice touches to the collection of a desert sand suede dress, Jaws red jumper and studded bags with detail of lockets and chains were designed to match the model and outfit .

The British designer was only appointment by the brand in 2013, previously at Louis Vuitton and Loewe, and has taken the direction of the company into new style territory. The heritage brand known for their exquisite leather goods has quickly made a name for themselves in the realm of ready-to-wear. 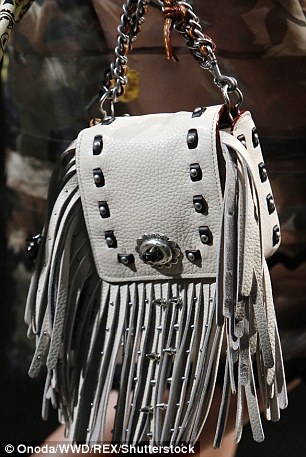 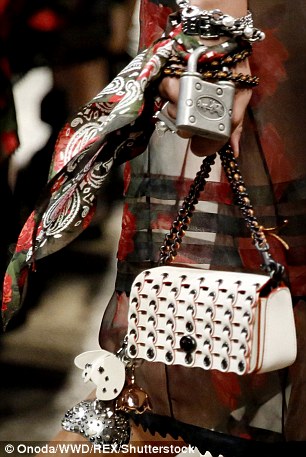 Detial: Studded bags with detail of lockets and chains were designed to match the model and outfit

Alexander Wang is usually known as the edgy designer of New York Fashion week but Stuart Vevers hits it out of the ball park with this collection and gives Wang a run for his money as the new go to designer of NYFW. 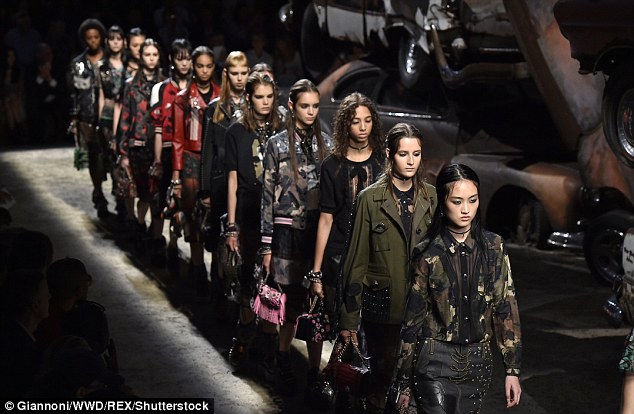