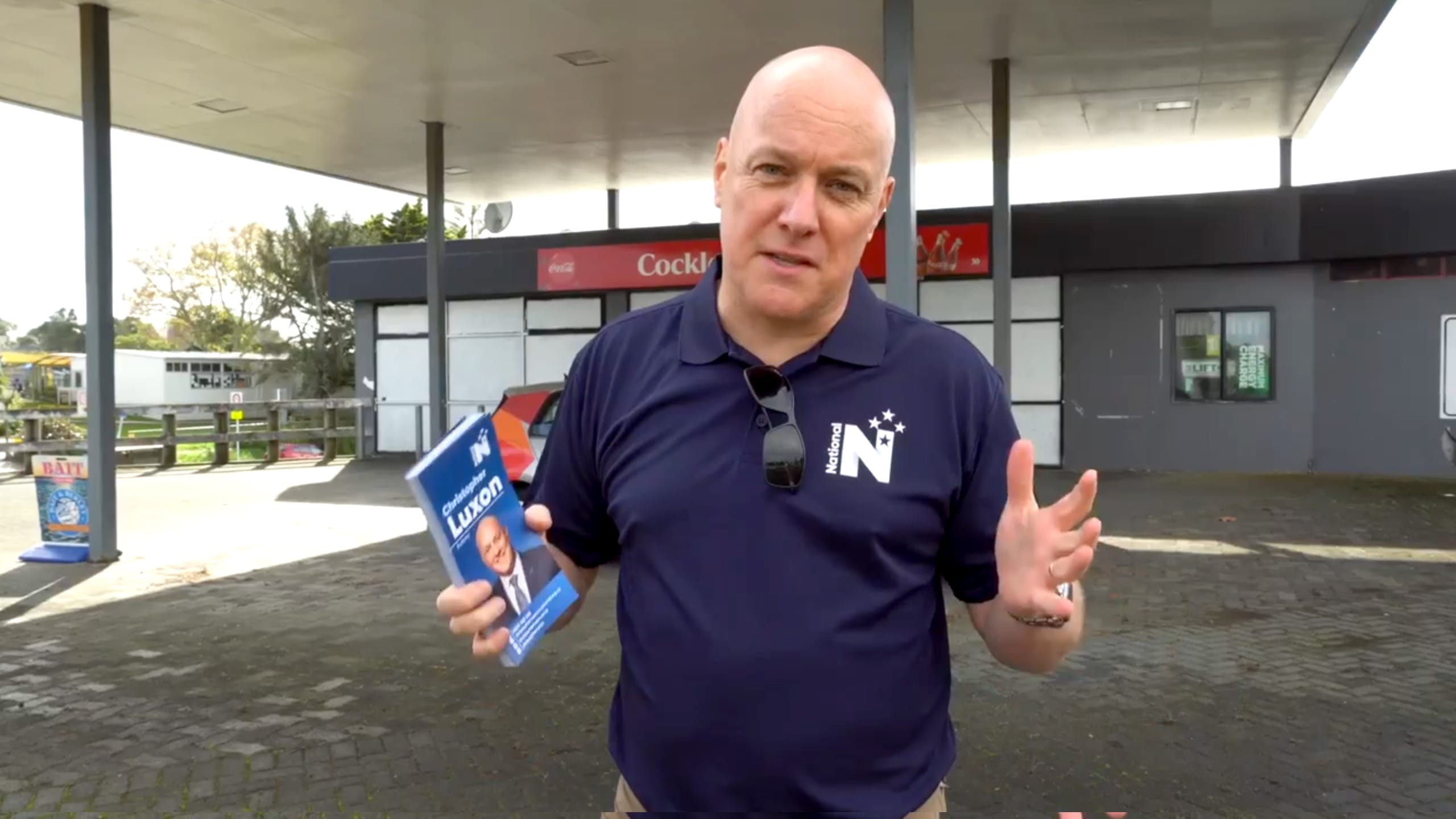 James Elliott uses the age-old tradition of maths to show who had a good week and who had a bad one. Spoiler: it wasn’t a good week for ACT.

“The prospect of thousands of mass-produced killer robots on the battlefield would be disastrous” isn’t a line from the Terminator movie franchise. It was a line this week from the terminated Minister for Housing and Urban Development, and current Minister for Disarmament and Arms Control, Phil Twyford.

Accused of acting too slowly in response to the Covid pandemic – too slow on the vaccine rollout, too slow on rapid antigen testing, too slow on beefing up ICU resourcing, and way too slow on giving Barry Soper the opportunity to ask questions at press conferences – the Government is taking the lead on protecting us from the next existential threat to humanity, killer robots.

Phil Twyford spoke out this week as United Nations talks are being held in Geneva to debate the limits on the use of LAWs (lethal autonomous weapons), aka killer robots. You’ll be pleased to learn that New Zealand supports an outright ban on them. However, if we are really serious about nixing killer robots then, based on his stewardship of KiwiBuild, the best thing to do would be to put Phil Twyford in charge of building them.

We need to beef up our ICU capacity to care for ailing first-home buyers suffering from what the Human Rights Commission has described as “a housing and human rights crisis caused by decades of neglect”.

While KiwiBuild was itself terminated, the housing crisis is still very much with us. We might be flattening the curve on Delta infections but house prices are still climbing on an upward trajectory that would be the envy of any self-respecting Covid virus variant. I could spout some numbers and percentages for you but we’re already swamped with so many daily Covid-related numbers and percentages that it feels like we’re living inside an algorithm. Put it this way, we need to beef up our ICU capacity to care for ailing first-home buyers suffering from what the Human Rights Commission has described as “a housing and human rights crisis caused by decades of neglect”.

Government ministers must be thankful that it will be February before they have to face more questions in the House on their performance against Labour’s promises to fix the housing crisis. And child poverty. And public hospitals. And gang violence. And the ownership of water assets. And light rail in Auckland. And so on. That wasn’t a southerly gusting up the North Island on Wednesday, it was a huge collective sigh of relief from the Treasury benches as Parliament rose for the year.

I hope we don’t have to wait until February to find out where Chris Luxon stands on killer robots. I hope he’s against them but you never know. He might even be a killer robot himself, built by the National Party, hard-wired with an algorithm based on John Key’s DNA sequencing, and programmed to terminate Jacinda Ardern. He should be asked what he really meant when he said he was the National Party’s transformer. And you should have your say on this important question at #IsChrisLuxonAKillerRobot?

Killer robot or not, Chris Luxon had a very good week. National’s polling was up 6.4 percent to 32.6 percent which must have felt to team blue like finding a pulse just as the ER specialist was about to declare time of death. It wasn’t a good polling week for team yellow however as ACT’s support plunged by 33 percent. ‘Plunged’ might seem overly dramatic because percentage differences can be quite large when the underlying numbers are small, but a polling drop from 15.9 percent to 10.6 percent is 33 percent and maths is maths. However, in political terms the plunge wasn’t so much a plunge as it was a life-saving transplant to the team blue patient with nearly all of National’s bump being accounted for by ACT’s plunge.

There was more life-saving news for team blue with Chris Luxon’s rating as preferred PM doing whatever the opposite of a plunge is, up 16 points to 20.4 percent. This prompted excited cries of “Luxomania” from some of team blue’s supporters and a cry from me that using the “mania” suffix is decidedly unoriginal. In the spirit of Christmas I offered up “Luxsteria” which on reflection sounds too much like listeria, and my Newsroom colleague Matt Scott went one better with “Luxhilaration”.

As for Jacindamania itself, the PM came out of the doldrums of Jacindameh with a rally in the preferred PM stakes, up five points to 39 percent. On the other side of the ledger, support for David Seymour as preferred PM plunged by nearly 50 percent into Seyless territory. ‘Plunged’ might seem overly dramatic because percentage differences can be quite large when the underlying numbers are small, but a polling drop from 10.6 percent to 5.6 percent is 47 percent and maths is maths.

By far the biggest drop in the preferred stakes this week was Auckland. The border opened midweek and Aucklanders voted with their feet, vehicles and boarding passes. It was an exodus measured in the thousands. You’d be forgiven for thinking that Aucklanders have come to dislike Auckland as much as the rest of the country does.

Have a peaceful weekend.