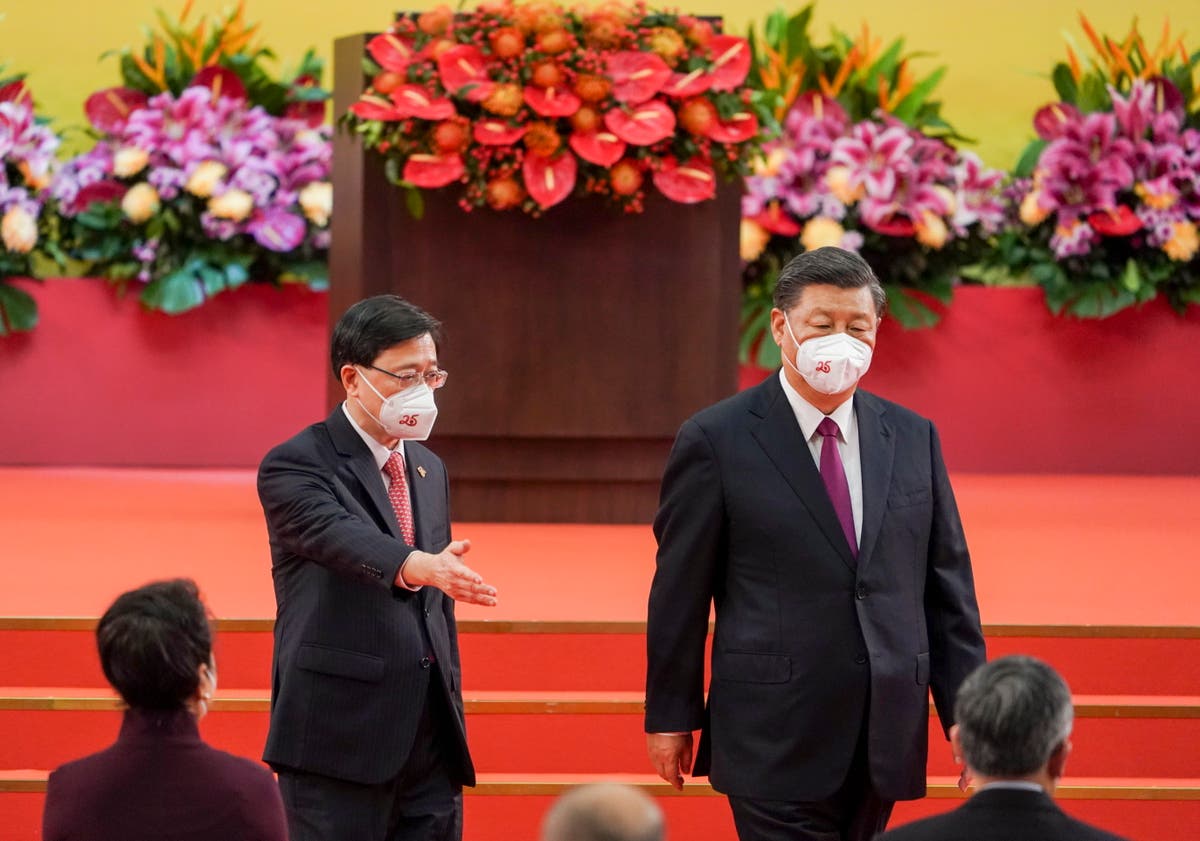 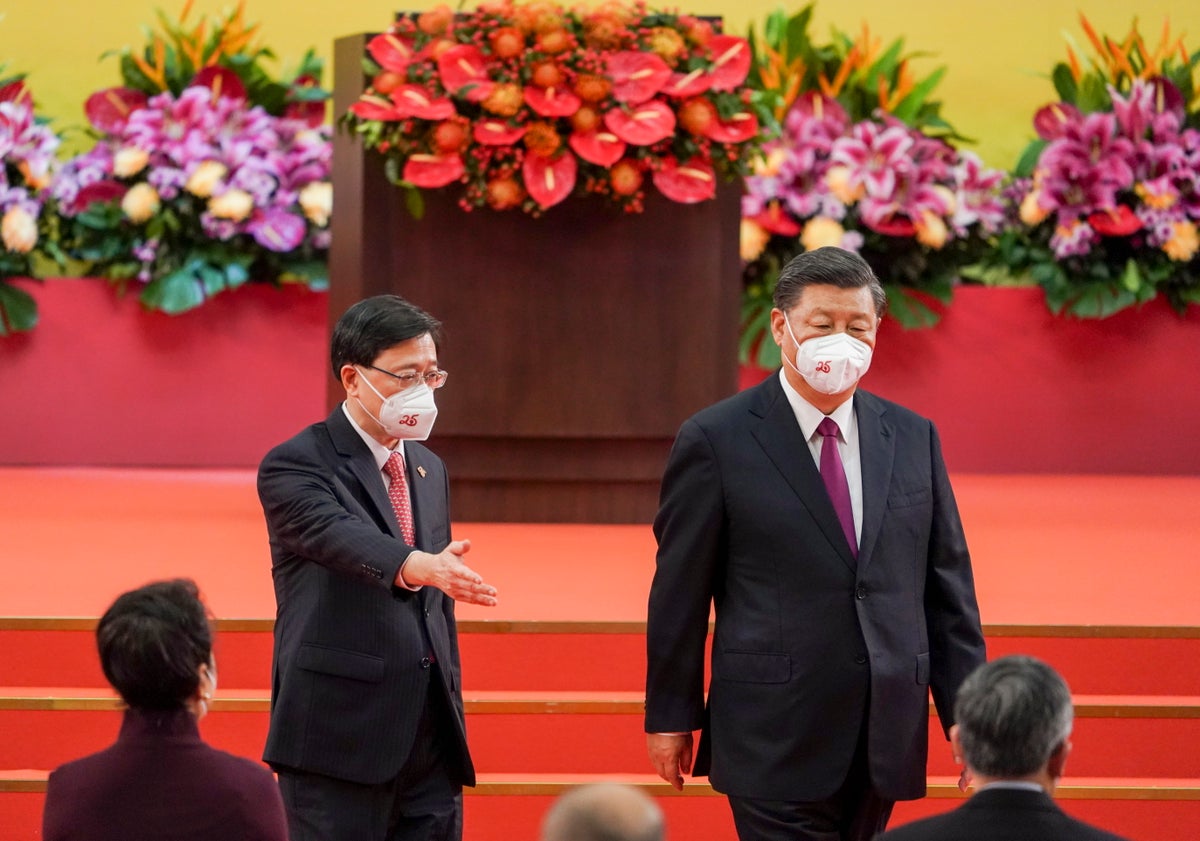 During his first trip outside mainland China, Mr Xi led the celebrations on Friday following the swearing-in ceremony of the city’s new leader John Lee.

Hong Kong, a former British colony, was returned to China on 1 July 1997, with Beijing promising wide-ranging autonomy, unfettered individual rights and judicial independence at least until 2047.

Critics have accused Mr Xi of ruling Hong Kong with an iron fist by throttling dissent and imposing the draconian national security law following violent pro-democracy protests in 2019. The law has been used to put several activists behind bars and forced others to flee the city.

The regime has also introduced a more “patriotic” curriculum in schools and revamped laws to keep opposition politicians out of the city’s legislature. Mr Xi has over the years eroded the distinction of a special administrative region for Hong Kong, undermining the policy of maintaining two governance systems, according to critics.

However, Beijing has rejected the accusations, stating that the law “restored order from chaos” so that the city could prosper. In reference to the 2019 protests, Mr Xi said that Hong Kong has been “reborn from the ashes” after overcoming several challenges.

Strongly defending the security law, the president said it was beneficial for the “democratic rights” of the city and that the “one country, two systems” formula would remain in place.

“For this kind of good system, there is no reason at all to change it. It must be maintained over the long term,” he said.

“No people in any country or region in the world would ever allow political power to fall into the hands of forces or individuals who do not love, or would even sell out or betray, their own country,” he added.

In a choreographed event with the city’s most elite in the audience, the president added: “Since its return to the motherland, Hong Kong… has leveraged its role as an important window and bridge connecting the Chinese mainland with the world, and has thus made an irreplaceable contribution.”

“Hong Kong has become an integral part of the country’s overall development and actively aligned with national development strategies.”

Later, after meeting former city leader Carrie Lam, he praised her for ending “chaos” and for ensuring that only “patriots” would rule Hong Kong.

In continuing with efforts to muzzle the press, at least 10 journalists from more than seven media organisations were denied permission from covering official events.

Meanwhile, British prime minister Boris Johnson said: “We are not giving up on Hong Kong. It is the state of affairs that threatens both rights and freedom of Hong Kongers and the continued progress and prosperity of their home.”

“I don’t think Xi Jinping would know a democratic election if it hit him over the head with a police truncheon,” he said, adding that the sweeping security law “put Hong Kong into handcuffs”.

“As we cannot change the past, the UK, being the co-signatory of the Sino-British Joint Declaration, has a duty to protect Hong Kong’s freedoms,” said Jane Song, a representative of SWHK.

“It must live up to this responsibility by imposing sanctions on Hong Kong and Chinese officials guilty of destroying the city’s democracy and violating Hongkongers’ liberties.”