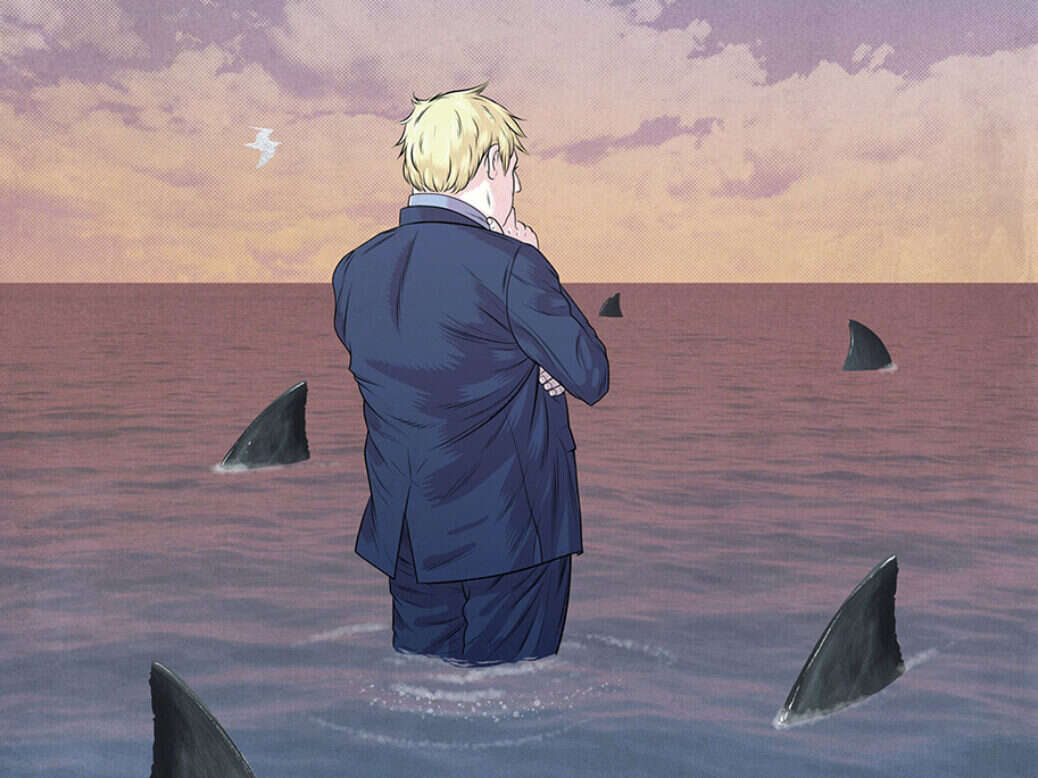 Boris Johnson, in a bid to save himself, is set to fire a number of his senior Downing Street staff in the coming days. Johnson is reported to have already decided that a clear-out of officials and advisers is necessary; he is simply waiting for the publication of Sue Gray’s report into the various parties held at Downing Street in breach of lockdown rules during 2020.

Those set for the axe are said to include Dan Rosenfield, Johnson’s chief of staff; Martin Reynolds, his principal private secretary, and the man behind the now infamous “bring your own booze” email inviting No 10 staff to a rule-breaking party on 20 May 2020; and possibly Jack Doyle, the Downing Street director of communications.

Rosenfield and Doyle are two of the three most highly-paid advisers in the No 10 team; the other is Munira Mirza, Johnson’s head of policy and a long-time ally, whose position is not thought to be under threat. The departures of Rosenfield and Doyle would represent yet another exodus of senior staff under Johnson – the pair replaced Dominic Cummings and Lee Cain respectively in the two roles little more than a year ago.

Sixteen months ago, when antipathy towards Cummings and Cain was at its peak in the Tory party, it felt possible for Johnson to save his standing with MPs by changing his No 10 team. As I wrote in a longread at the time, “Johnson could, some [MPs] think, always ditch his unloved court and, having metamorphosed from liberal mayor to Brexiteer PM, reinvent himself once again”.

That appeared to be true weeks later, when Johnson repurposed his team and then benefitted from the UK’s rapid Covid-19 vaccine rollout. But a year later, the ire of many Tory MPs is now directed at Johnson himself rather than at his advisers. Johnson no longer has a set of human shields – from Cummings to former education secretary Gavin Williamson – to hide behind.

But why are key staff in No 10 set to be replaced, and in what ways is Johnson’s operation dysfunctional? The New Statesman has spoken to those familiar with the way the building is currently run. They describe an operation that lacks unity and accountability, as epitomised by the regular mismanagement of the key gathering each day in No 10: the Prime Minister’s 8:30am morning meeting, held in the Cabinet Room.

There have been notable changes to this meeting since Rosenfield replaced Cummings as Johnson’s lead adviser in No 10. For a start, the meeting now begins with a review of the day’s papers; something which Cummings relegated to the end of the meeting (as he once put it to me, insincerely: “approximately 100 per cent of media is irrelevant to my goals”). The morning discussion then tends to “range over whatever stories the PM was interested in”, says a senior source.

This can lead to freewheeling sessions that lack structure and purpose; a problem that is compounded by Johnson’s reluctance to work through his daily “red box” of papers requesting urgent decisions (in marked contrast to David Cameron and Theresa May, who considered this task essential). Johnson, I am told, is “a PM who doesn’t do their paperwork”, which makes the morning meeting “particularly important”.

In meetings, Johnson “actively resists being managed”. The likelihood of getting through any specific set of points on an agenda is “very slim”. Indeed, there is rarely any agenda at all at the morning meeting. Instead, Johnson regularly “goes off on a tangent and you try and yank it back,” says an adviser who has been present at these meetings. “You watch people’s eyes and you can see this [look of], ‘Are you going to intervene? Am I?’ as the discussion careens around, and you have people going, ‘prime minister if I could just interject’, with people desperately trying to land their key point.”

But I am also told Johnson’s staff bear some of the responsibility for the meeting’s dysfunction. “The PM is often the only one who comes with energy,” says the adviser. “I’d see him say, ‘we need to do X, Y and Z’. No one else really did that, saying, ‘this is what I think we should go for, we’re on top of this’. It’s very reactive to the PM’s agenda.”

Under Cummings, senior staff would more frequently attempt to offer direction to Johnson: a process that worked well in 2019 and soured in 2020. Cummings would gather staff half an hour before the morning meeting with Johnson to sift through various concerns. Rosenfield chose to shorten that senior staff meeting to a “10-minute stand-up”, a decision that I am told narrows the range of issues that can then be brought to the Prime Minister’s desk. “All you can do with that is focus on whatever’s at the top of the media agenda.”

In addition, “usually the people that really understand the issue” – advisers from the policy unit, or dedicated private secretaries – are “not in the room’. The policy team in general has had reduced influence under Rosenfield, whereas Cummings rated Mirza and empowered her. The policy unit team is also no longer based in No 10 but in the Cabinet Office next door – as part of an abortive process initiated by Cummings – which makes it harder for policy advisers to affect, or even know about, ad-hoc discussions inside Downing Street.

It seems highly likely that Rosenfield (along with Reynolds) will be out of No 10 within days. Johnson’s chief of staff has struggled to win over both his staff and his boss. Those in the morning meeting remarked that while Rosenfield would often angle himself towards Johnson in an effort to make sure he was the key voice in the room, the Prime Minister would regularly look past him to someone else and solicit their opinion.

It is less clear what will happen to those aides – Simone Finn, Henry Newman, and Meg Powell-Chandler – who are considered to be favoured by Carrie Johnson and who form something of a set inside No 10. All three are relatively recent additions to Johnson’s staff, with Newman among the few advisers who has the right to attach notes to the papers that go into Johnson’s red box. This power gives him considerable influence over the framing of domestic policy; an underreported role that he may retain in any impending shake-up – so long as Johnson himself remains in No 10.