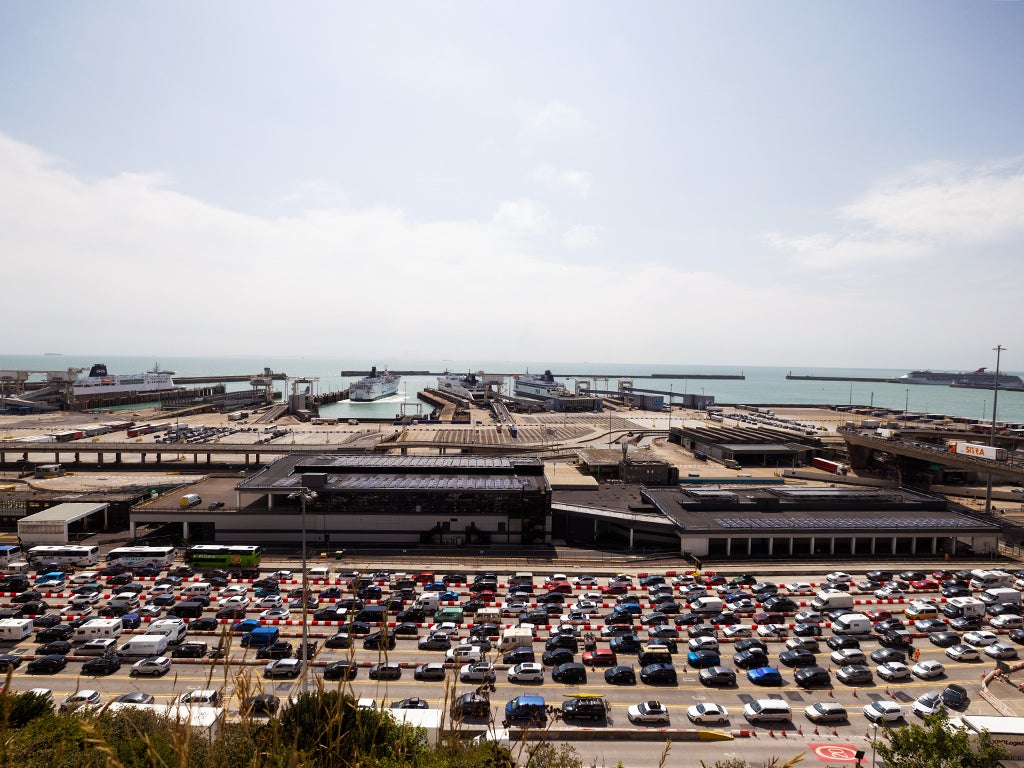 The chaos and gridlock at the port of Dover is not solely the result of Brexit. That is a fact – there were periods of hellish congestion on the route from England to France before the UK decided to leave the EU (I remember waiting seven hours in a car park in Calais as a child in one particularly bad year), and no doubt there would have been more had the country voted differently. Staff shortages, miscommunication between the French and British sides, and the overwhelming spike in demand at the start of the school holidays are all non-Brexit factors in the disastrous delays.

But – and this is an important “but” – it is also a fact that Brexit is making the problem worse. It is impossible to deny that the burden on French officials towards British holidaymakers has increased. Bullish Brexiteers (the Mail’s Andrew Pierce and his contortions on Good Morning Britain on 25 July spring to mind) may insist that, as the UK was never in the Schengen Area that enables frictionless travel across Europe, passport checks were always necessary at Dover and Calais – and they’re right. But pre-Brexit the UK’s membership of the single market and customs union meant those checks amounted to little more than a vague glance from a bored French border official. It might not have been friction-less, but there was certainly less friction.

Now, that border official actually has to open those passports and stamp them. If they’re in a particularly zealous mood, they ought really to flick through to check if the traveller has spent more than the allowed number of days in the EU in the past 180 days and ask if they have a return ticket. Even if that only adds one or two minutes per passenger, with 17,000 people a day attempting to cross the channel, those extra minutes add up fast into hours-long queues.

You don’t have to trust my word on this. Trust Tony Smith, the former director general of the UK Border Force, who wrote for the Brexit-championing Telegraph last weekend. In his article, entitled “Brexit is not to blame for Dover queues”, he said: “British citizens are now ‘third country nationals’ and as such they are subject to the full rigour of the Schengen Borders code. That means officers can ask questions as to place of residence, purpose and duration of stay, address, travel plans and so on, as well as stamping passports. This is on top of the standard passport check against electronic watch lists, which was always in place.” So to paraphrase, Brexit is not fully to blame for Dover queues, but it’s most definitely playing a role.

And you know what? That’s OK. All policies – from tax to housebuilding to immigration control – come with trade-offs. Brexit is no different. It should be perfectly possible for Brexiteers (and the newly Brexity Liz Truss) to acknowledge that Brexit meant taking back control of our border policy, which means European countries will inevitably treat the not-in-the-EU UK differently from the in-the-EU UK. The benefit of sovereignty is that you get to set your own rules; the price is that other countries will then apply their rules to you. And yes, that might lead to longer queues and increased business friction and even rising economic costs in the short term, but it’s all worth it for a future in which Britain gets to be in charge of its own destiny. Wasn’t that what Brexiteers told us leaving the EU was always about?

Except they’re not saying that now. They’re blaming the French, denying the extra logistics hurdles are having any effect at all. So fragile, it seems, is the Brexit project that its pitfalls, even when perfectly predictable and readily apparent, cannot be discussed. There’s been no attempt at rationally explaining the concept of costs and benefits, or arguing that extra disruption at the French border is a price worth paying for supposed Brexit dividends, like the UK’s early-stage vaccine rollout or its ability to take a tough stance on Russia.

It’s almost like the people who pushed hardest for Brexit don’t trust the people who voted for it to still support it if their lives are inconvenienced in any way. As insulting and patronising as it is to 52 per cent of the population, maybe Brexiteers really think their voters are so fickle that a few hours stuck on a motorway in Kent will change their minds. Or maybe they’re no longer even sure of the case for Brexit themselves.

[See also: “Brexit is the biggest act of self-harm a nation could take”: the CEO of Velux]