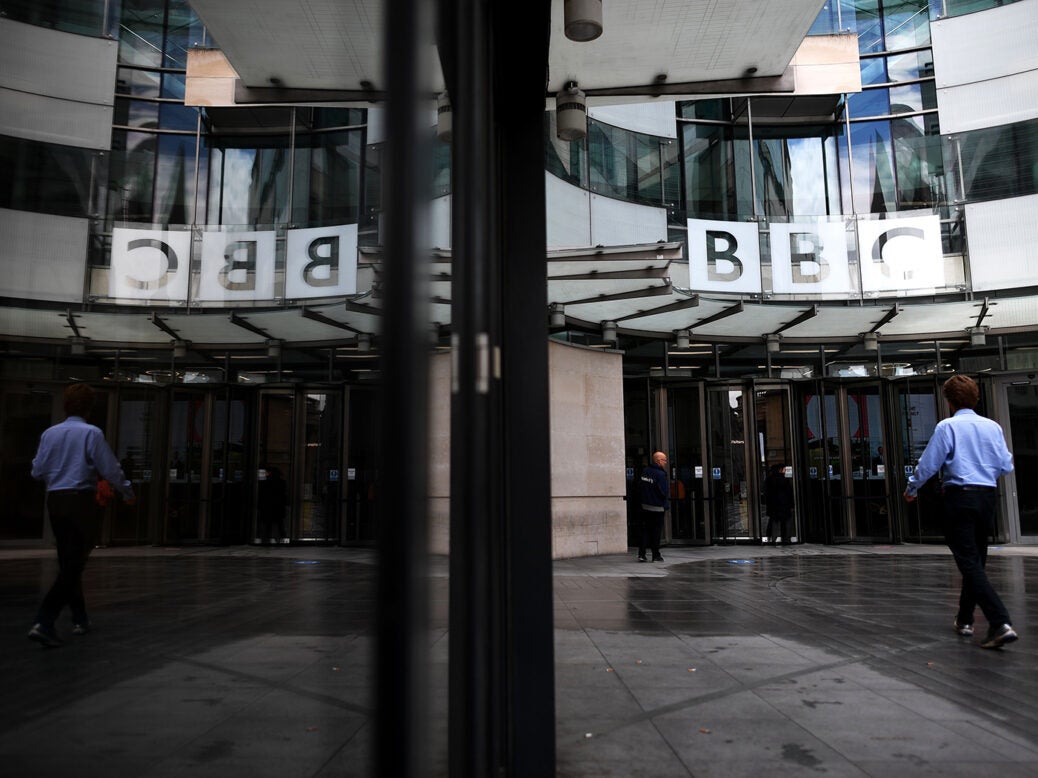 Who should the BBC’s next political editor be? Laura Kuenssberg, who has held the role since 2015, is vacating the post in April. I am told by those well-placed inside Broadcasting House that no decision has yet been made on her successor.

Multiple BBC sources told me the political editorship – a role of unparalleled influence in British political media – has not been set aside for anyone, contrary to rumours that Jon Sopel, the BBC’s outgoing North America editor, has been all but promised it.

Yet surprisingly, I have been informed that the political editorship will “probably” be appointed before the arrival from ITN of Deborah Turness, recently announced as the next CEO of BBC News, with one source telling me that the appointment process will play out over the next six weeks or so. (The BBC have confirmed the role will be advertised in the next week.) Others atop the BBC have, however, stressed that no assumptions about the process should be made at this point.

One of those involved in the process says that the BBC is unlikely to interview any external candidates for the role; it is felt that there are plenty of internal candidates who can do the job. And the relatively rapid six-week process suggests that BBC executives may already have a clear sense of who they wish to appoint.

One candidate tells me that the role is genuinely open (at least internally), but some BBC staff are wary after observing the recent appointment process for North America editor, which they felt was little more than a rubber-stamping exercise for a favoured internal candidate (Sarah Smith).

It is perhaps strange that the BBC is unlikely to interview external candidates given that Turness herself is an external appointee. The BBC has looked outside the building for its incoming news chief – why would it restrict itself to its current set of employees in filling its most high-profile role?

The appointment will be made by a handful of BBC News executives. But who would be appointed if Britain’s leading journalists were to vote? To find out, the New Statesman solicited nominations from around 80 political writers, reporters and editors. Forty-eight responded, with journalists invited to recommend anyone (including external candidates); they could also offer as many names as they liked.

Our findings are not conclusive, but we hope they are indicative of who the BBC should be considering over the coming weeks. Two-fifths of those we asked were women, with female journalists making up 36 per cent of those who responded.

Both Chris Mason, the BBC’s chief political correspondent, and Jon Sopel were backed by ten journalists, with Mason selected first by seven journalists and Sopel picked first by eight.

Voters could also say who they did not want to get the role. Among these four, Coates was the only candidate who no journalist rejected, although the other three were only disfavoured by one or two voters.

Two of those eight names – Coates and Rigby, both at Sky – are external candidates. Yet under the BBC’s current plans as they have been relayed to me, neither is going to be interviewed, despite Coates being one of the industry’s most favoured picks. (In the past 24 hours, news has broken of an expanded role for Rigby at Sky, possibly ruling her out of contention for the role.)

Tim Shipman, chief political commentator at the Sunday Times, was among Coates’s backers. He described him as “the best story-getter in broadcasting”. Helen Lewis, staff writer at the Atlantic, also backed him. “I hope the BBC is considering candidates like him: reporters who love the thrill of the chase, can break big stories (and, just as importantly, are strong enough to ignore self-serving micro-scoops fed them by ministers) and whose own politics are impossible to guess.”

One younger reporter thought Coates was “the perfect candidate. He is a scoop machine, a great analyst, really well-sourced in every party, and big on Twitter but not obsessed by it,” while another highlighted his “brilliant way of spotting and doggedly pursuing stories that make things very difficult for the government”.

Young, the most nominated candidate in our survey, was widely credited. One leading reporter praised her “steady and reassuring manner”, and another noted her “warmth and clarity”. Jim Pickard, chief political correspondent at the FT, felt that Young has “quietly established herself as an unflappable, calm, authoritative presence on TV screens”. Liam Thorp of the Liverpool Echo concurred: “Young is an excellent journalist who you would imagine could seamlessly step into the role.”

Multiple voters were happy to back Chris Mason on record. Shipman described him as “the best internal BBC candidate by a mile”, while James O’Brien, the LBC presenter, thought he was “a major talent possessed of real warmth and a rare ability to explain complicated issues in a clear and engaging fashion”. Shelagh Fogarty, also of LBC, agreed, calling Mason “a copper-bottomed star – he really knows his stuff and is naturally collegiate”.

Sopel was backed by a number of colleagues inside the BBC. “He’s a good live broadcaster, handled the Trump years well in DC, and knows the terrain in Westminster,” said one. A political editor suggested that he had “earned his spurs”. At 62, Sopel is notably older than any other leading candidates; Young is 51, while Coates and Mason are both in their early 40s.

One prominent journalist said of Sopel: “He’s well known, uncontroversial, won’t bother tweeting and won’t want to do much more than rock up occasionally on the Ten or Today programme. He would take all the controversy out of the job, which is probably just what the BBC wants at the moment.”

“The BBC does not want a political editor,” they added, “who makes its relationship with the government worse when it depends on the licence fee. That’s partly what causes the establishment bias many people feel BBC coverage inevitably has whoever is in government.”

Sopel, Young and Mason were all cited for their tendency to avoid controversy. Many felt this to be the key quality in a BBC political editor. Indeed Rigby, 46 – who one female reporter credited as being the “best around at getting to the point, not letting go, and being persistent without being aggressive” – was left off ballots by two voters for being more likely to frustrate the government, and thus less suited to the role. “I suspect the BBC, [in] trying not to aggravate the government, may be wary of her,” noted one leading commentator.

Others, however, thought Rigby to be just what the BBC needs. One major broadcast editor described her as “head and shoulders above the others, for her impact, interview skills and political insight”.

Amol Rajan, 38, placed fifth among voters. This ranking is all the more impressive given that Rajan – who edited the Independent before he became BBC media editor – has not spent any time as a Westminster reporter, unlike the other eight major candidates. He has, however, won many plaudits for his Robin Day-like mix of belligerence and warmth as a media interviewer, which recently led him to joining the Today programme as one of its five presenters.

One journalist teasingly suggested Rajan would only take the political editorship “as part of a portfolio role involving him presenting everything else and writing the theme tunes too”. Or as another put it: “I think Amol would be great but he already has, like, six amazing jobs.”

Islam, 44, served as political editor at Sky from 2014-19 and also won an array of support in the survey. His credentials are clear, and he is likely to be among the top internal candidates for the role. As one colleague of Islam’s put it: “He obviously has the chops for it as [he] has done the gig at Sky. He would bring proper heft and critique and a non-lobby brain.”

Islam and Goodall, 32, both won support from those who think the BBC’s political editor should be an assertive figure. O’Brien described himself as “a huge admirer” of Goodall, and added “he’s objectively a brilliant journalist”. Thorp thought that “there are few journalists working in the UK today who are as good [as Goodall] at communicating important and often complex matters of politics and policy”. But it is felt by some executives inside the building that Goodall needs “a change in government” in order to the role.

Whoever the BBC appoints will immediately and inevitably become the leading political journalist in the country. Such is the BBC’s scale: its website attracted 1.1 billion visits in November 2021, and the work of the BBC’s political editor will regularly splash across its website, as well as shaping its news coverage across radio and TV. The BBC’s political editor can instantly substantiate a story by re-reporting or publicising it.

“I think it’s a terrible job personally,” said Lewis. “Your life is not your own and the Twitter grief is extreme. I just hope whoever gets it decides not to tweet.” One voter offered their recommendations with a caveat: “I’ve met [two] candidates and they don’t deserve to have their life ruined. It must be one of the worst jobs in journalism: 15-hour days, being shouted at by all sides.” Yet for a certain type of journalist, the unforgiving pressure of the role will be its own reward.