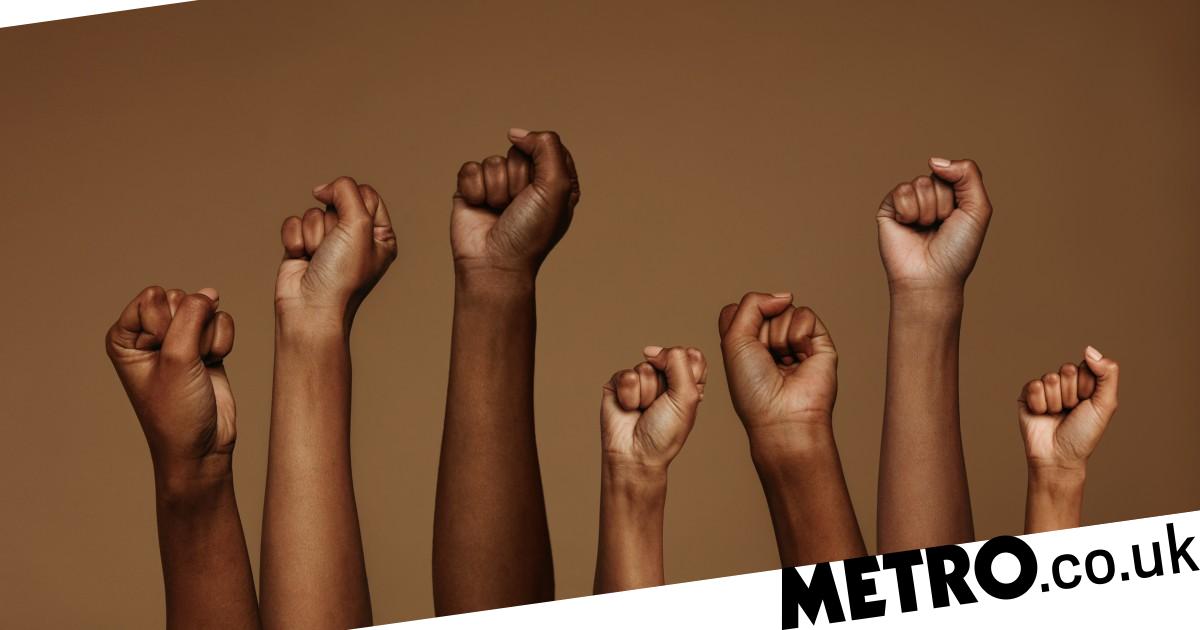 Living through a pandemic has done something strange to our perception of time. The summer of 2020 feels like it just happened, and it also feels like a lifetime ago.

It was a time of seismic change, as people took to the streets in their thousands to demand justice for the murder of George Floyd, and to protest against racial injustice in all its forms.

We may have been galvanised by the pressure cooker of nationwide lockdowns, but it was collective action on a scale that many of us have never seen in our lifetimes, and it felt transformational.

Racism was headline news for months, with every kind of institution – as well as public and private companies facing unprecedented scrutiny over equality – being forced to apologise for past racist behaviour, and pledging to make positive changes going forward.

Social media was awash with reading lists, graphics with information on how to do your part, and long, emotional captions about the importance of ‘allyship’.

Despite my skepticism about the flimsiness of social media ‘activism’ and disdain for performative solidarity (shout out to the black squares on Instagram), I was hopeful. It really did feel as though this was a movement, not a moment – as Keir Starmer was lambasted for saying – and it was the focus on active anti-racism that made it feel genuinely sustainable.

For the first time, white people weren’t being allowed to simply hide behind a defence of ‘not being racist – more was being asked of them.

To be anti-racist is to oppose racism and promote racial tolerance, and that requires action.

From speaking up when you encounter racism in public, to setting up initiatives to empower ethnic minority members of your workplace, or interacting with news, literature and campaigns that oppose racist ideologies, it was heartening to see colleagues, my wider friendship groups, and even high school friends on Facebook, engaging with this kind of behaviour.

But two years on, I can feel us hurtling backwards. Progress that was seemingly being made in the immediate aftermath of the BLM protests is now being undone, and I fear we will end up in an even worse position than where we started.

As the new season of the Premier League kicked off last week, it was announced that players would no longer take the knee in solidarity with Black Lives Matter before every game.

In July, the UK’s first journalism prize for Black reporters, which was only launched in summer 2020, was scrapped in a ‘push to improve overall diversity’.

After sales of Black-authored titles soared up the charts in 2020, Black writers are still vastly underrepresented in publishing and there has been a 23% drop in Black characters in children’s bestsellers since 2020.

Admittedly, awards, book sales and anti-racist gestures like taking the knee, aren’t necessarily the most impactful elements of the movement, but there have been more significant examples of backwards steps too.

This week, new figures revealed that Black boys have been disproportionately targeted for strip searches by the Met Police. The Tory party leadership race has been riddled with dog-whistle language, including Rishi Sunak vowing to end ‘woke nonsense’, and both Sunak and Liz Truss ploughing ahead with plans to deport immigrants to Rwanda. The Forde Report revealed a ‘hierarchy of racism’, and discrimination against Black members of the Labour Party.

It’s scary to think that in just two years – after all the statue toppling, diversity initiatives, and fervent sharing of reading lists – this is where we are now. Where are all the allies who pledged to push for change? Where are all the people who read the books, listened to the podcasts, and vowed to ‘do the work’? Where are all the anti-racists protesting these backpedals?

It could be argued that as other global crises unfold – the rippling aftershocks of the pandemic, the cost of living, the growing impact of extreme weather – now is not the time to focus on racial inequality. But now is exactly the time.

These crises are not single issues that exist in a vacuum, they intersect and overlap, and as each issue tightens its grip on society, it will be racially minoritised people who feel the compounded effects.

We need to acknowledge how the cost of living crisis and the climate emergency will disproportionately impact Black and brown people in this country, and we need people in power to take action to mitigate the looming catastrophes by recognising that we will not all be impacted equally, and providing funding and tangible support for the communities that will need it the most.

It simply isn’t valid to suggest that we no longer need to push for racial equality, we need anti-racism more now than ever before.

We can’t let the summer of 2020 be a moment, a fleeting trend that disappears into the archives when it is no longer headline-worthy. Now is not the time to revert to passive non-racism.

You don’t get to pick up the anti-racist backpack and simply take it off because the load got too heavy.

If you called yourself an anti-racist two years ago, show up, speak out, and keep pushing for change, now and in the future. Being anti-racist has to be a lifelong philosophy, not just a hashtag.


MORE : Even if your family don’t live there anymore, it’s worth visiting the country of your heritage


MORE : Immigrants like Sir Mo Farah shouldn’t need to be exceptional to be accepted


MORE : Black and brown people will suffer most from the climate crisis