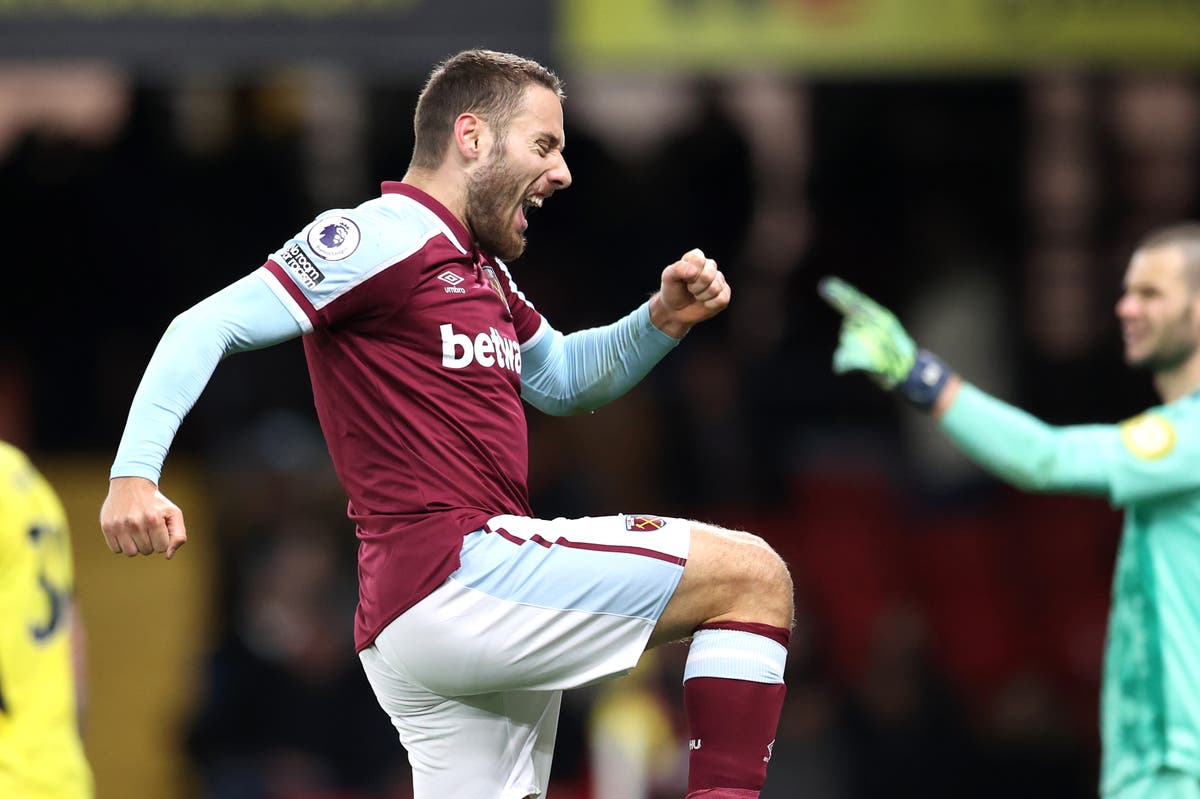 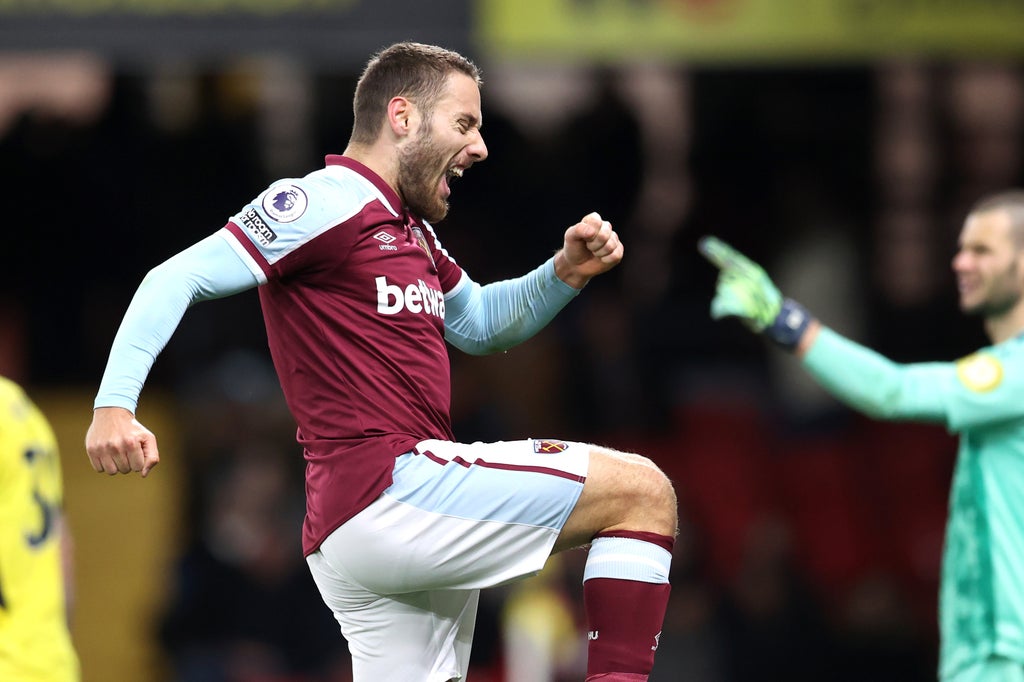 There was joy in the away end at Vicarage Road when the Croatian struck the fourth and final Hammers goal in their 4-1 win over Watford on December 28.

The feeling was reflected on the pitch as goalkeeper Lukasz Fabianski charged forward to celebrate with Vlasic after he had just broken his West Ham duck on his 16th appearance for the club.

Vlasic was delighted too, but more than anything he was relieved.

It had been a long wait for a first goal following his summer move from CSKA Moscow, a deal which could cost West Ham more than £30million if all add-on clauses are met.

That goal lifted a burden but now the 24-year-old midfielder has the chance to kick on.

Vlasic works hard in training and is full of energy whenever given a chance by David Moyes during a game. That effort and desire sees him highly regarded by his team-mates, but he knows he will ultimately be judged on his output.

He scored 11 goals for CSKA Moscow last season, 13 the year before that, and targeted double figures again this term despite the step up in level to the Premier League.

Vlasic put pressure on himself to score during the first half of the season. It led him to snatch at some chances as he watched weeks and months go by without a first goal.

With Jarrod Bowen, Manuel Lanzini, Said Benrahma and Pablo Fornals all impressing this season, Vlasic has had to battle and be patient for his chance.

However, with Fornals having struggled in recent weeks before contracting coronavirus and Benrahma now at the Africa Cup of Nations, there is an opening Vlasic should be looking to take full advantage of.

“I cannot say anything because the team is playing very good,” Vlasic told Standard Sport when it was suggested he could be getting more game time going forward.

“The players in my position are scoring, they are assisting and playing very good in every game. I just need to be patient and wait for my opportunity. Confidence is important for me so I think I will have more confidence now [after scoring my first goal].”

Moyes has shown patience with Vlasic as he settles into life in England.

However, given the investment West Ham laid out to bring the attacking midfielder to east London, it is in these moments that he should be stepping up.

An FA Cup tie against Leeds this weekend provides a good chance to start.

Moyes has eased him in so that, when this time came, Vlasic would be ready. West Ham remain open to bringing in further competition in the attacking positions during the January transfer window.

However, should Vlasic rise to the challenge, the hope is that a ready-made replacement is ready to go from within the squad.