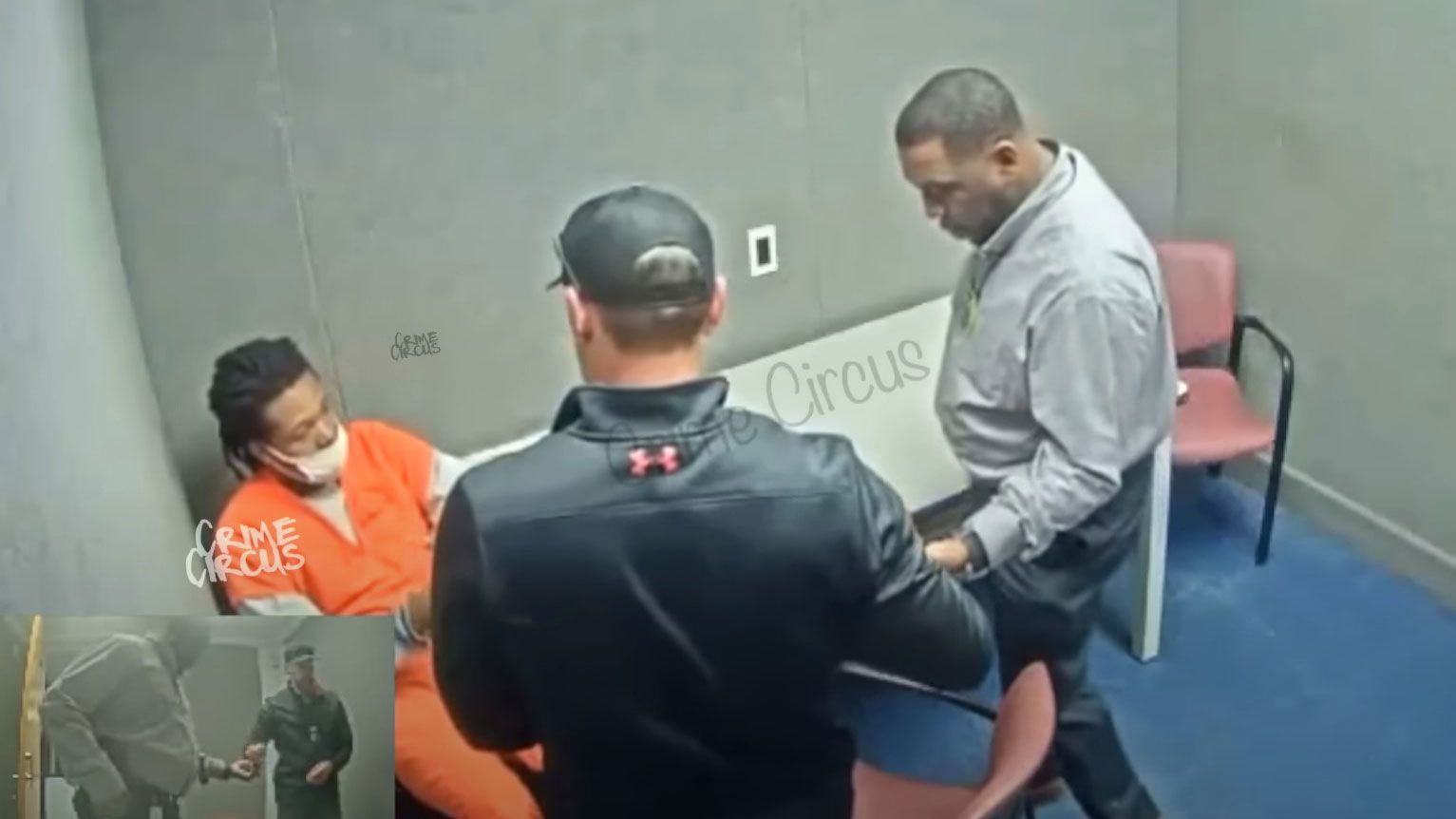 JACKSONVILLE, Fla. – A Jacksonville rapper accused in two separate murders is back in the news again after video of a police interrogation of Hakeem Robinson started generating chatter online.

News4JAX obtained that March 2021 interrogation video that shows Robinson, also known as rapper Ksoo, in a room being questioned by Jacksonville investigators.

The video, posted on YouTube by Crime Circus, starts with Robinson being escorted into the room before a detective instructs him to sit down.

“This is crazy man,” Robinson said.

He had been about to bond out of jail after being arrested in connection to the 2020 murder of Charles McCormick.

Robinson can be heard repeatedly saying he is aggravated before walking around the room and knocking on the door.

The detectives then walk back into the room and start to discuss Robinson’s rights.

“It says you don’t have to make a statement or anything, you understand that,” the detective said. Robinson agrees.

Then the detective asks Robinson if he is from Jacksonville.

Robinson replies to the detectives question with his own question: “Can I ask what I’m being down here for,” Robinson said.

“I’m going to tell you that in a second,” the detective said. “Are you from Jacksonville?”

Robinson repeats his question. Then the detective tells him that they are working on a homicide investigation.

“You’re down here part of a homicide investigation that we’re conducting,” the detective said.

The detective then pulls out pictures, which have been blurred in the video, to show Robinson.

“Do you know who that is?” the detective asked.

The detective goes on to identify the person in the images.

“Bibby ring a bell to you?” the detective said.

Robinson then asks to speak to his lawyer, and the detective discloses that there is a warrant out for Robinson’s arrest.

Robinson appears shocked and asks “for what?”

“You know you want your lawyer so I can’t tell you no more, but you’re being charged,” the detective said.

Records show the second-degree murder warrant was for the 2019 death of 16-year-old Adrian Gainer. Robinson has made several rap videos mocking Gainer’s death. In them, he refers to Gainer as Bibby.

Robinson remains in Duval County Jail as he awaits trial on the two separate murder charges. His next court date is Aug. 31.

Robinson’s father, Abdul Robinson Sr., has been listed as a witness for the prosecution.