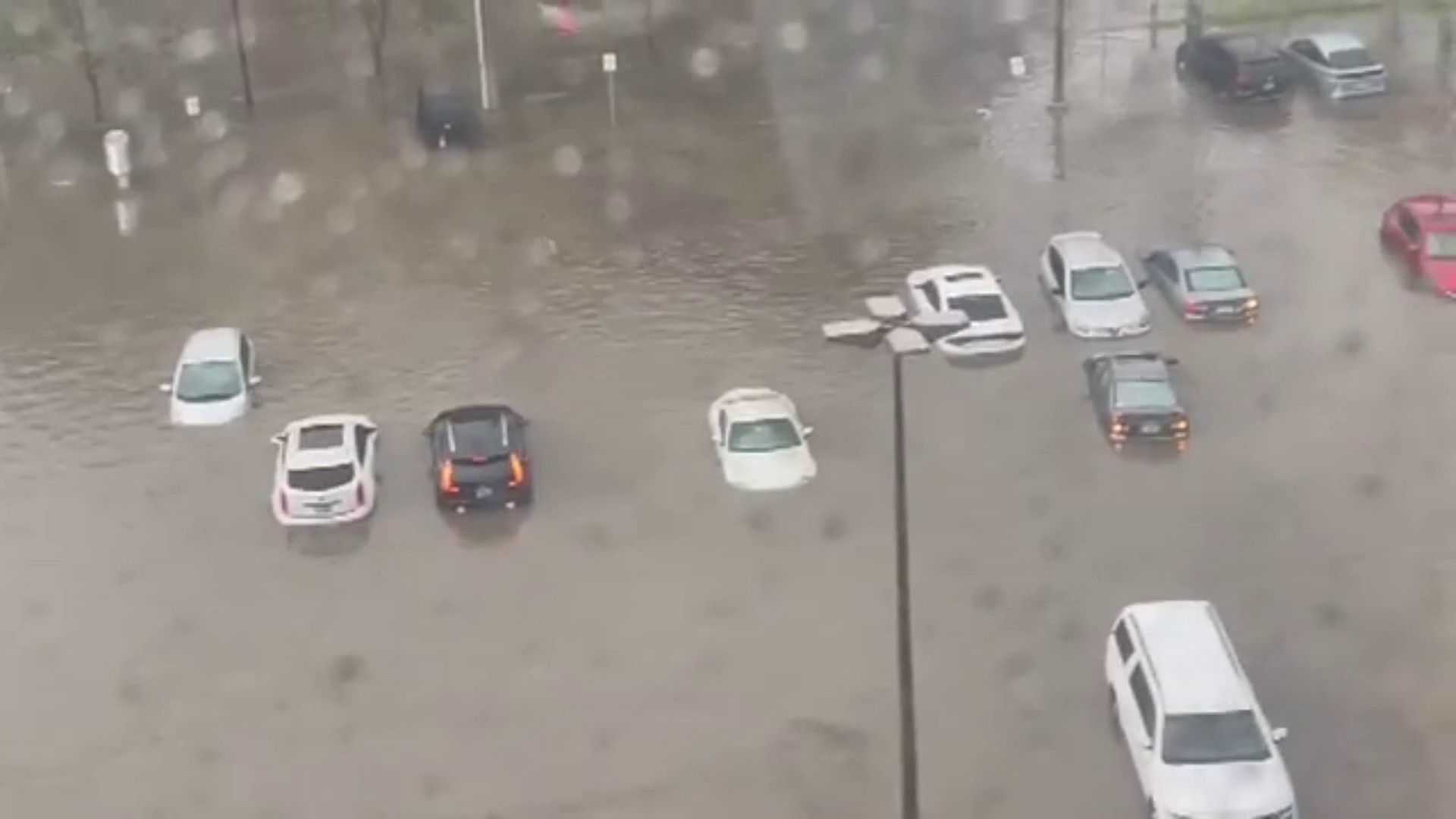 The aftermath of the massive flooding left many cars sitting in the UF Health Springfield Pavilion parking lot because they wouldn’t start. To put things in perspective, the flow of the water was so strong that it picked up a trailer and moved it to another section of the parking lot.

The hospital is near the Hogans Creek area, which is prone to flooding.

News4JAX meteorologist John Gaughan said the rain wasn’t falling at the time — which means the flooding was a result of the peak downfall.

City Councilmember Matt Carlucci said the city has known about the problems of flooding from Hogans Creek and that there are plans to make changes.

“I’ve never seen quite the flood like I had today on TV. The city, in this year’s budget, is taking a serious approach to the McCoys Creek flooding issue that’s been going on for a long, long time. This budget, I think, takes an extra step towards straightening out, and reclaiming the direction of the original creek itself to keep it from flooding like it does now. And it’s not going to be done overnight,” Carlucci said.

After the water started to recede, the cars that wouldn’t start — even with jumper cables — were starting to get towed out of the parking lot Thursday night.

“It was quite an experience, I finished my workday around 4:30, and I came out and saw my car floating, literally, in the parking lot,” Lauren Edgar, an employee at UF Health said. “I’ve never seen anything like this. It looks like a hurricane hit. In my car, the water came all the way up to the console.”

UF employees said an alert was sent out about the flooded parking lot, but by the time they received the message, it was too late to rescue their cars.

Edgar was one of the employees to receive the text, but she said she works with gloves and can’t check her phone, which caused her to respond to the situation a little later.

Edgar said she will rent a rental car for the next couple of weeks.

Carlucci, who is also a car insurance agent, explained coverage options for car owners facing car issues after the flood.

“If somebody’s car is flooded, such as what happened over by the hospital today. If they have comprehensive coverage, it covers everything, except the collision with another vehicle. So in this case, [owners] would be covered under that coverage subject to whatever their deductible is,” Carlucci said.

Edgar was relieved the situation was not any worse.

“The important thing is I was safe, everybody else was safe. There wasn’t any harm to people, just cars. Hopefully, it doesn’t get this bad again,” Edgar said.