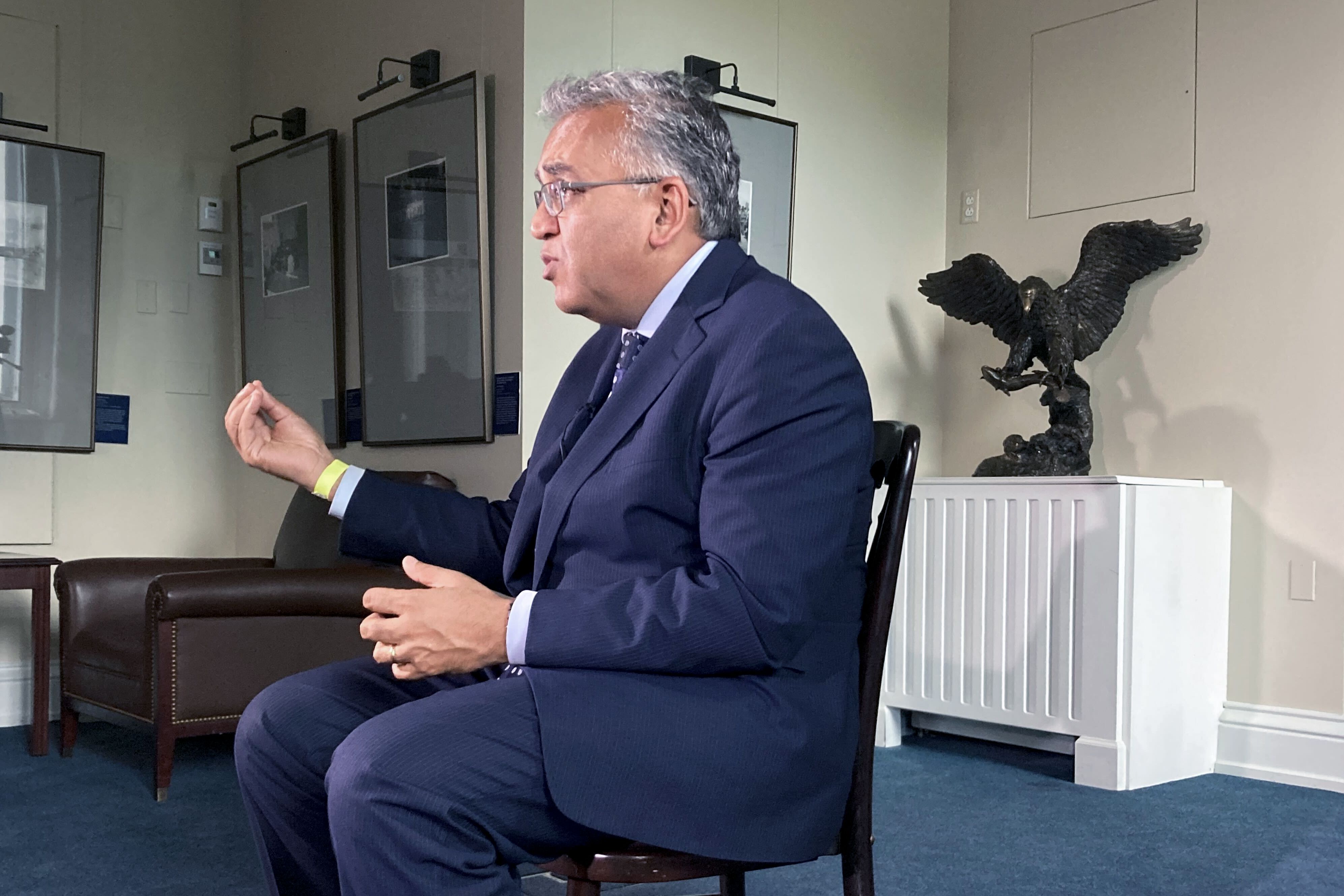 WASHINGTON – White House COVID-19 coordinator Dr. Ashish Jha issued a dire caution Thursday that the U.S. might be increasingly more liable to the coronavirus q4 and iciness if Congress does not unexpectedly approve new investment for extra vaccines and coverings.

In an Associated Press interview, Jha stated Americans’ immune coverage from the virus is waning, the virus is adapting to be extra contagious and booster doses for most of the people might be important — with the possibility of enhanced coverage from a brand new era of pictures.

His caution got here because the White House stated there may well be as much as 100 million infections from the virus later this yr — and as President Joe Biden somberly ordered flags to half-staff to mark 1 million deaths.

“As we get to the fall, we are all going to have a lot more vulnerability to a virus that has a lot more immune escape than even it does today and certainly than it did six months ago,” Jha said. “That leaves a large number of us inclined.”

Jha predicted that the following era of vaccines, which can be more likely to be centered on the these days prevailing omicron pressure, “are going to provide a much, much higher degree of protection against the virus that we will encounter in the fall and winter.” But he warned that the U.S. is at risk of losing its place in line to other countries if Congress doesn’t act in the next several weeks.

Speaking of a need to provide vaccination assistance to other nations, Jha cast the urgency in terms of the benefits to Americans, even if they never travel overseas.

“All of these variants were first identified outside of the United States,” he said. “If the goal is to protect the American people, we have got to make sure the world is vaccinated. I mean, there’s just no domestic-only approach here.”

His comments came after he and Biden addressed the second global COVID-19 vaccination summit and pressed for the international community not to get complacent in addressing the pandemic.

Here in the U.S., Biden requested $22.5 billion in emergency funding for the virus response in March, but the money has been held up, first by sticker-shock in Congress and now amid wrangling over expiring pandemic-era migrant restrictions at the U.S.-Mexico border.

Jha said he’s been making the case to lawmakers for additional funding for weeks, calling it a “very pared down request” and “the bare minimum that we need to get through this fall and winter without large loss of life.”

The Food and Drug Administration is to meet in June to determine the specific strains of the virus that the fall vaccines will target, and Jha said it takes two to three months for manufacturers to develop them. Right now the U.S. has run out of federal COVID-19 response funding to place new orders of vaccines.

“If we had the resources we’d be there having those conversations today,” said Jha. “The window is really closing on us if we want to be in the front of the line.”

“I would say we’re really kind of at that deadline and waiting much longer just puts us further back of the line,” he added. “If we’re willing to be in the back of the line and get our vaccines in the spring, we have plenty of time. But then we’ll have missed the entire fall and winter. That’s not an acceptable outcome, I think, for the American people.”

Jha, who took over the job of coordinating the federal government’s response to the virus a month ago, called the marking of 1 million American pandemic deaths a “somber” day.

“Every one of those deaths tragic, so many of them preventable,” he said.

While acknowledging that “getting to zero is going to be a challenge,” Jha said most deaths from the virus now are preventable, with vaccinations and boosters, and with effective therapeutics, The challenge is often making sure that they are available to people when they need them.

“We have so many capabilities and we’ve got to deploy them at full speed and at full capacity to make sure that nobody dies from this disease,” he said.

Jha said there is “no viable alternative path” right now than to have the U.S. government take the lead in securing COVID-19 vaccines and treatments, rather than allowing the commercial market deal with procurement as with other medical treatments. He cited the global mismatch between supply and demand.

“We have to have the US government still playing an active role,” he said. “That role will change over time. But right now that’s still critical.”

“One of the things that we’ve been talking to Congress about is these tools are great — but only if you have them, only if you can use them,” Jha said. “And without support from Congress it can be very hard to continue to protect the American people.”

On a world matter, he addressed China’s “0 COVID” coverage, which has resulted in dramatic lockdowns in a few of China’s biggest towns, disrupting on a regular basis existence and contributing to international provide chain problems.

“I don’t think it makes sense,” Jha stated. He emphasised that U.S. technique is “very different,” with a focal point on combating severe sickness and demise.

“To me, that is a much more sustainable long-form management strategy,” he said. “I think China’s going to find it hard to continue this for the long haul.”