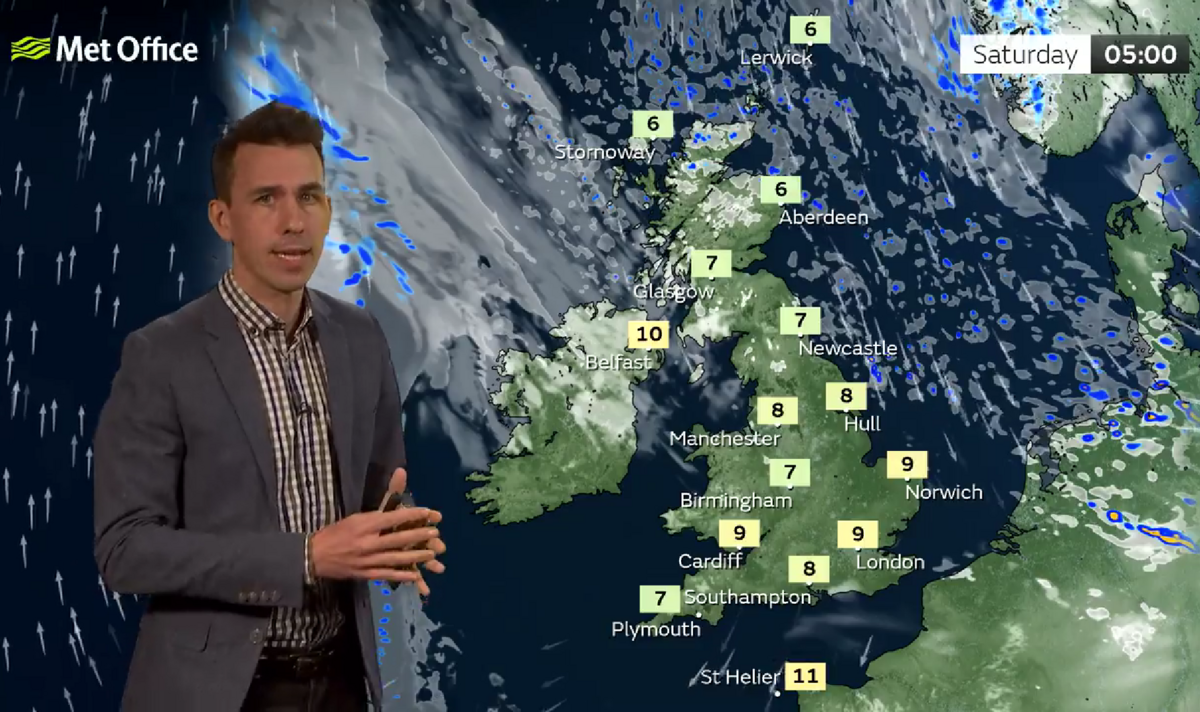 The Meteorological provider stated that once a “fresh start” there could be “plenty of sunshine”. Meteorologist Aidan McGivern showed that temperatures would to begin with be low early on Saturday prior to emerging.

He stated: “So we’re looking at overnight lows 5 to 9 Celsius, perhaps a little lower in some sheltered parts of the countryside.

“But a bright start despite a fresh feel first thing Saturday, plenty of sunny skies around and temperatures soon rising as a result.

“Now we’re going to pull in a bit more cloud to the north of Scotland, one or two showers here, as well as a brisk wind from the north east, and that wind also affecting the north sea coast.

“It will feel cooler along the East Coast, but lighter winds elsewhere and plenty of sunshine.

“It will make it feel warm enough, temperatures reaching 21 Celsius in the south. Mid to high teens further north.”

However the mercury will begin to drop once more in a while within the weekend.

“Most places keep the light winds but a brisk wind is starting to come down to the north, for the north of Scotland, North Sea coast as well.

READ MORE: BBC Weather:cool breezy winds to bring down mercury across the UK this

“The high pressure that brings us a fine Saturday is drifting to the northwest, so that’s going to bring cooler air to all parts on Sunday.

“But it will be particularly noticeable in the north and east where there will be increased cloud cover as well and a few showers.

“One or two showers possible further west, for example Wales and the southwest.

“There will be some sunny spells and it will still feel pleasant enough in the sunshine.

“But temperatures certainly a few degrees down compared to Saturday afternoon’s highs and feeling quite disappointing: northern and eastern Scotland, eastern England 11 or 12 Celsius at best along with the cloud and those showers.

“So it’s going to be a marked contrast to Saturday, that’s for sure.”