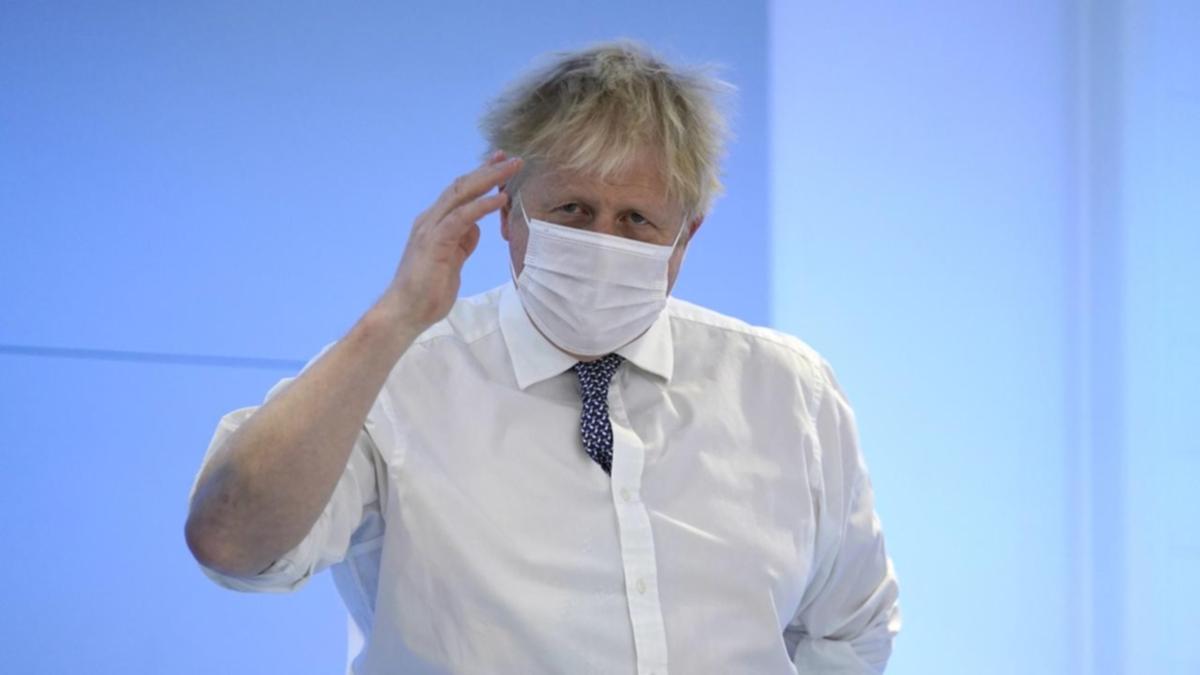 A senior Conservative MP has accused the British government of intimidating and attempting to “blackmail” those lawmakers they suspect of wanting to force Prime Minister Boris Johnson out of power.

Johnson is facing growing calls to step down over a series of scandals, including admitting he had attended a party at his Downing Street office at a time when the United Kingdom was under a strict COVID-19 lockdown.

Some younger Conservative MPs have spearheaded attempts to unseat their leader and opposition leaders have demanded he resign.

The heat was turned up in parliament on Wednesday when one of the party’s longest-serving representatives told the prime minister in parliament “In the name of God, go”.

Johnson, who won a large majority in 2019, has vowed to fight on, saying he would lead the Conservative Party into the next election.

But in another blow to his shaky standing, William Wragg, chair of the Public Administration and Constitutional Affairs Committee, accused the government of blackmail.

“In recent days, a number of members of parliament have faced pressures and intimidation from members of the government because of their declared or assumed desire for a vote of confidence in the party leadership of the prime minister,” Wragg said in a statement before a meeting of the committee.

“Moreover, the reports of which I’m aware, would seem to constitute blackmail.”

Colleagues should report such cases to the Speaker of the House of Commons and the police, he said.

In response, Johnson told broadcasters he had “seen no evidence, heard no evidence to support any of those allegations,” echoing an earlier statement from his office which said if there was evidence, the allegations would be looked at.

Christian Wakeford, an MP who defected from the Conservatives to Labour this week, said the government had threatened to withhold funding for a new school in part of his constituency if he refused to vote with the government.

“I was threatened that I would not get the school for Radcliffe if I didn’t vote in one particular way,” Wakeford told the BBC.

This had made him question whether he was in the right party, he said.

“This is a town that has not had a high school for the best part of 10 years and how do you feel when holding back the regeneration of a town for a vote, it didn’t sit comfortably.”

Opposition MPs said it was further evidence that Johnson should quit.

“The moral decay at the heart of Johnson’s government may be even worse than we thought,” said Scottish first minister Nicola Sturgeon while the main opposition Labour Party’s deputy leader Angela Rayner described the accusations as “disgusting”.

Anger is running high but so far the threshold for a confidence vote in Johnson has yet to be breached, with several Conservative MPs saying they would wait until an investigation into the parties had been completed.

That probe is being led by Sue Gray, a civil servant.

The political editor for ITV said on Twitter that Gray had found an email from a senior official warning Johnson’s principal private secretary that a party on May 20, 2020, should not go ahead.

Johnson has said he attended what he thought was a work event on that day, to which staff had been told to “bring their own booze”.

Johnson said on Tuesday nobody had told him the gathering was against COVID-19 rules.

Wragg referred to the work of government whips, parliamentary enforcers whose job is to ensure Conservative lawmakers back government policy and stay in line.

“It is of course the duty of the government whips office to secure the government’s business in the House of Commons (lower house of parliament),” he said.

“However it is not their function to breach the ministerial code in threatening to withdraw investments from members of parliament’s constituencies which are funded from the public purse.”