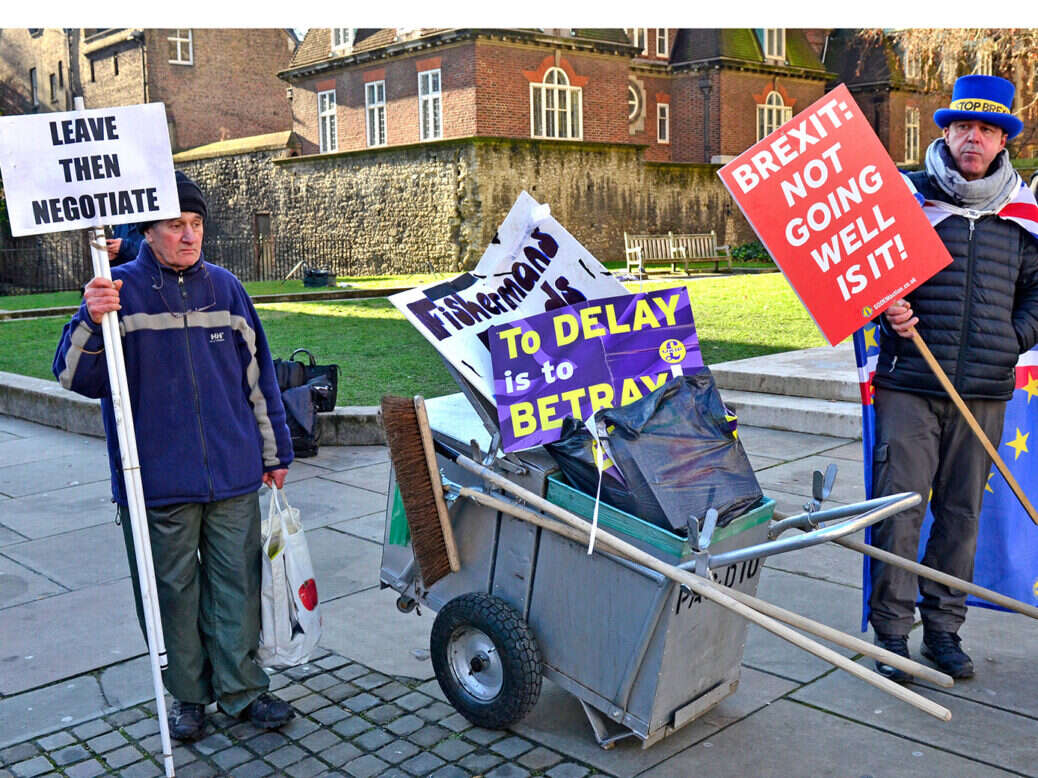 Brexit was a nostalgic project, promoted by history graduates such as Jacob Rees-Mogg and voted for most enthusiastically by the over-65s. But while 60 per cent of Leave voters thought economic damage was “a price worth paying” for the political goal, few imagined that Britain’s economy would literally return to the state it was in before we joined the EU in 1974, with an energy crisis, high inflation and mass industrial action.

Brexit is, of course, not solely to blame for these things. Inflation is affecting most major economies and is caused primarily by the pandemic, which disrupted both the supply of and demand for goods, and Russia’s invasion of Ukraine, which has put further pressure on energy and food prices.

But the UK is an outlier, with the highest inflation rate in the G7, a situation forecast to remain the case until at least 2024. Some economists blame Brexit: Adam Posen, a former Bank of England interest rate-setter and president of the Peterson Institute for International Economics, attributes 80 per cent of the difference between inflation in the UK and other countries to Britain’s departure from the EU.

Vicky Pryce, a former head of the Government Economic Service and chief economic adviser at the Centre for Economics and Business Research, tells me that Brexit’s impact on the UK’s prices goes back to the referendum. “We had a very substantial drop in the value of the pound,” she explains, which “immediately inflated input costs. That also tends to discourage companies from investing, so you add to supply problems for the future.” To calm financial markets, the Bank lowered interest rates and conducted a round of quantitative easing (QE), which “unleashed quite a lot of extra money”. This money remained in the economy: “We hadn’t started to not replenish the maturing debt.”

It’s hard to untangle how much the measures taken by the Bank to stimulate the economy after the Brexit vote could really have added to today’s inflation rate, but Pryce sees it as adding to an “inflationary trend” that was then exacerbated by a loss of workers and a fall in exports. In the EU, businesses had been able to recruit, import and export at very low cost. A more discriminating immigration system and a more global approach to trade may have been political goals, but combined with a weaker pound, they simply added to the cost of doing business – as did the extra paperwork involved in exporting, alongside confusion around VAT and rules of origin.

Gerard Lyons, who was chief economic adviser to Boris Johnson as the mayor of London and one of the few economists to back Brexit, is much more sceptical of its role in inflation. Lyons tells me that labour market data – a combination of 5.4 million EU workers applying for settled status, a large increase in the number of non-EU workers thanks to a “very liberal immigration policy” and an increase, from 2019, in the temporary visas to seasonal workers – is not “consistent with post-Brexit policy leading to any tightness in the labour market”. In other words: it’s not Brexit’s fault that employers are finding it hard to fill jobs.

Lyons does agree that the UK’s ability to cope with the factors driving inflation in Western economies is hampered by the policy decisions of the past: “The key year for the UK economy in recent decades is 2008.” Economic growth “plummeted in the aftermath of the 2008 global financial crisis and has remained low since – and that highlighted a whole host of issues, none of which would have been addressed or would likely be solved by staying in the EU.”

For Lyons, it is not Brexit that has held the UK back, but a failure to address the problems that dogged Britain’s economy – weak business investment and an over-reliance on loose monetary policy – while we were in the EU. The handling of Brexit has had an effect on confidence: “Whenever we’ve had a general election, or political turmoil, one of the key things is businesses quite naturally put things on hold… in 2016, we not only had a referendum, we then had a three-year political crisis… It’s hardly a surprise that many firms put their investment plans on hold.”

But Peter Levell, associate director at the Institute for Fiscal Studies, tells me that while the impact of Brexit on the current rate of inflation is difficult to assess at a time when price rises have been “turbocharged” by Russia’s invasion of Ukraine, there is ample evidence that it is having a long-term effect on prices. Research published by the UK in a Changing Europe think tank in April found that the extra costs of trade to businesses had led to a 6 per cent rise in food prices (above the expected level) between December 2019 and September 2021.

Like the impact on exchange rates or extra QE, these aren’t factors in the current inflation rate because they happened more than a year ago, but they do affect the ability of people in the UK to cope with inflation.

Levell says Brexit could affect the UK’s ability to respond to inflationary pressure for some time. In trade, for example, the UK can now reduce tariffs on imports from other countries (as long as it does so equally, in accordance with WTO rules), which could reduce pressure on prices by increasing imports of, for example, cheaply made foreign cars or food. But the government has so far “dodged the opportunity” to do this, because there are “political costs”: shoppers might like cheap foreign produce, but farmers don’t.

The result, he says, is that “if you compare the UK tariff schedule to the EU tariff schedule that we had before, they’re not really that different… what we’re left with is the increase in trade costs… and some of those costs are going to be passed through to consumers”.

Pryce also points out that another effect of the war in Ukraine is that it has led the EU to talk more about “becoming self-sufficient” in the areas now driving inflation, such as energy and semiconductors, as well as the innovation necessary to move to net zero. “If that cooperation is much more difficult for us, then it’s also going to be more costly for us,” she observes. There were plenty of reasons not to want to be a rule-taker, but the years to come will prove whether being a customer is any different – or considerably worse.

This piece was first published in the Crash, the New Statesman’s regular update on the global economy and the challenges it now faces. Click here to sign up.