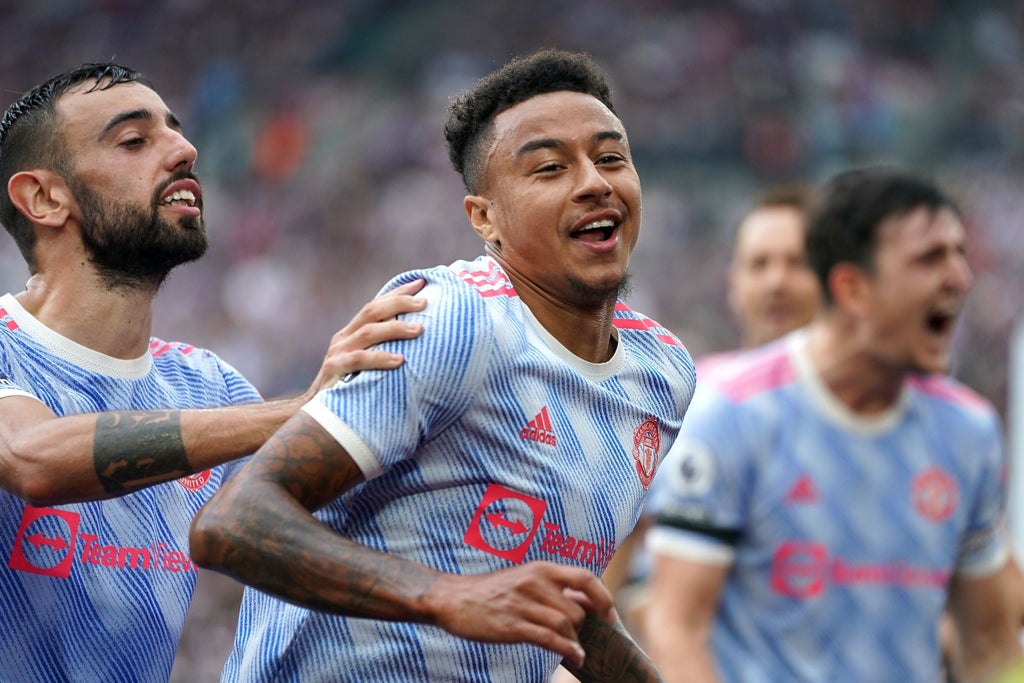 Tottenham have reportedly made contact with Jesse Lingard as they seek to beat London rivals West Ham to his signature either this month or in the summer.

Mikel Arteta is also said to be an admirer of Leicester star Youri Tielemans, while both Arsenal and Newcastle are being linked with former Liverpool midfielder Georginio Wijnaldum.

Jonathan David continues to be mentioned in connection with a switch to the Premier League and Chelsea are stepping up their attempts to recall Emerson Palmieri from Lyon, while Folarin Balogun is leaving Arsenal for Middlesbrough on loan.

Erling Haaland is set to make a decision over his Borussia Dortmund future soon and an apparently unhappy Cristiano Ronaldo has been linked with Barcelona.

Apologies to those Newcastle fans who were holding out hope regarding a January return for Georginio Wijnaldum.

Football Insider are now reporting that the former Liverpool midfielder is not interested in a switch back to St James’ Park this month.

There is plenty of Premier League interest in Wijnaldum, who has indicated his desire to return to the English top-flight after a disappointing spell following his summer move from Liverpool to Paris Saint-Germain.

Arsenal have also been credited with an interest in the Dutch international as they target midfield reinforcements.

Jesse Lingard has been linked with a return to West Ham this month, but could he move to their London rivals instead?

According to football.london, Tottenham have made contact with the Manchester United midfield’s camp over a possible switch to N17.

Spurs are apparently open to a deal now, or they could wait to sign Lingard on a free transfer in the summer, when his current United deal expires.

The Championship club have won the race to sign Arsenal’s highly-rated young forward for the remainder of the season.

According to Fabrizio Romano, Balogun has now passed his medical on Teeside, with final paperworks set to be completed.

The Hammers have been boosted by the news, revealed yesterday, that Zouma is set to return ahead of schedule from his hamstring injury sustained in early December against former club Chelsea.

It was expected that Zouma would be out until February, but the France international is now targeting a return against Manchester United next week.

Moyes, however, will also be without Angelo Ogbonna until the end of the season and is still on the hunt for a new face at the back.

“Kurt is doing well,” said Moyes. “I couldn’t give you an idea of exactly when he’s going to back but I have to say he is doing well and I am looking forward to getting him back shortly if I can.”

Tottenham head coach Antonio Conte has revealed he has made his recommendations to Daniel Levy and Fabio Paratici for the January transfer window and says it is now down to the club to “take the best decisions”, writes Dan Kilpatrick.

Conte asked the club for two months to assess the level of his squad and says he had a “good meeting” with Levy, the Spurs chairman, and managing director Paratici.

Among the players who could leave Spurs this month are Steven Bergwijn and Tanguy Ndombele but Conte insisted he was counting on the Dutch forward, while refusing to publicly comment on Ndombele’s situation.

Conte placed the emphasis on Levy and Paratici to act on his recommendations in the market, saying the club would have “the last word” on transfers.

“We have spoken about the situation. It was a good meeting,” Conte said on Tuesday. “The owner [Levy] and Paratici started this season together.

“I arrived in the middle of the season and they know the situation much better than me. It was a good meeting to speak and tell them my thoughts after two months in Tottenham.”

Nketiah is out of contract at Arsenal at the end of the season and looks set to leave Emirates Stadium after turning down a new deal.

Palace tried to sign Nketiah last summer but the deal collapsed and they instead moved to bring in Odsonne Edouard in a £15million transfer from Celtic.

Eagles manager Patrick Vieira wants to revisit a move for the England Under-21 international but his departure from Arsenal would leave the Gunners short of striking options.

Pierre-Emerick Aubameyang has been frozen out since being stripped of the captaincy last month and Alexandre Lacazette is out of contract in the summer. Mikel Arteta will only sanction a deal for Nketiah if he can bring someone else in.

“Honestly, Bergwijn he knows very well what I think about him,” the Italian said. “I consider him a player that can play in all three roles. As a No9 and as a No10. For sure, in my period at Tottenham, he was injured for a long time but I showed him that when he’s in a good physical condition, I gave him a chance to show he’s a good player.

“For sure, Bergwijn is a Tottenham player and he’s very close to coming back. After the game against Chelsea, he can start having training sessions with us. I count on him. He’s a player with different characteristics to Sonny, Lucas and Harry. He’s very good 1v1, he’s a creative player that we don’t have in our squad.”

The Gunners are hoping to bolster their midfield ranks this month with numbers depleted by Covid, injuries, AFCON absences and the departure of Ainsley Maitland-Niles.

On a recent appearance on The Gooner Talk podcast, CBS journalist Ben Jacobs said: “I do know that Arteta admires Tielemans, so it is just one to watch to see if it gathers pace over the coming two or three weeks.”

Jacobs also appeared to rule out a move to Anfield for the Belgian international, adding: “He was speculatively linked with Liverpool a few months back, and there’s no truth in that whatsoever.”

Marseille in talks with Arsenal over Kolasinac

Sead Kolasinac looks to be on his way out of Arsenal.

The Press Association report that Marseille are in talks over reuniting the Bosnian full-back with the likes of William Saliba and Matteo Guendouzi at the Stade Velodrome.

Kolasinac is out of contract at Arsenal at the end of the season and it is said that any exit from north London this month will be permanent.

Barcelona goalkeeper Neto is set to leave the club with a replacement already being eyed for the Blaugrana bench.

Neto has received offers from his native Brazil and is looking to leave after a stint as back-up to Marc-Andre ter Stegen.