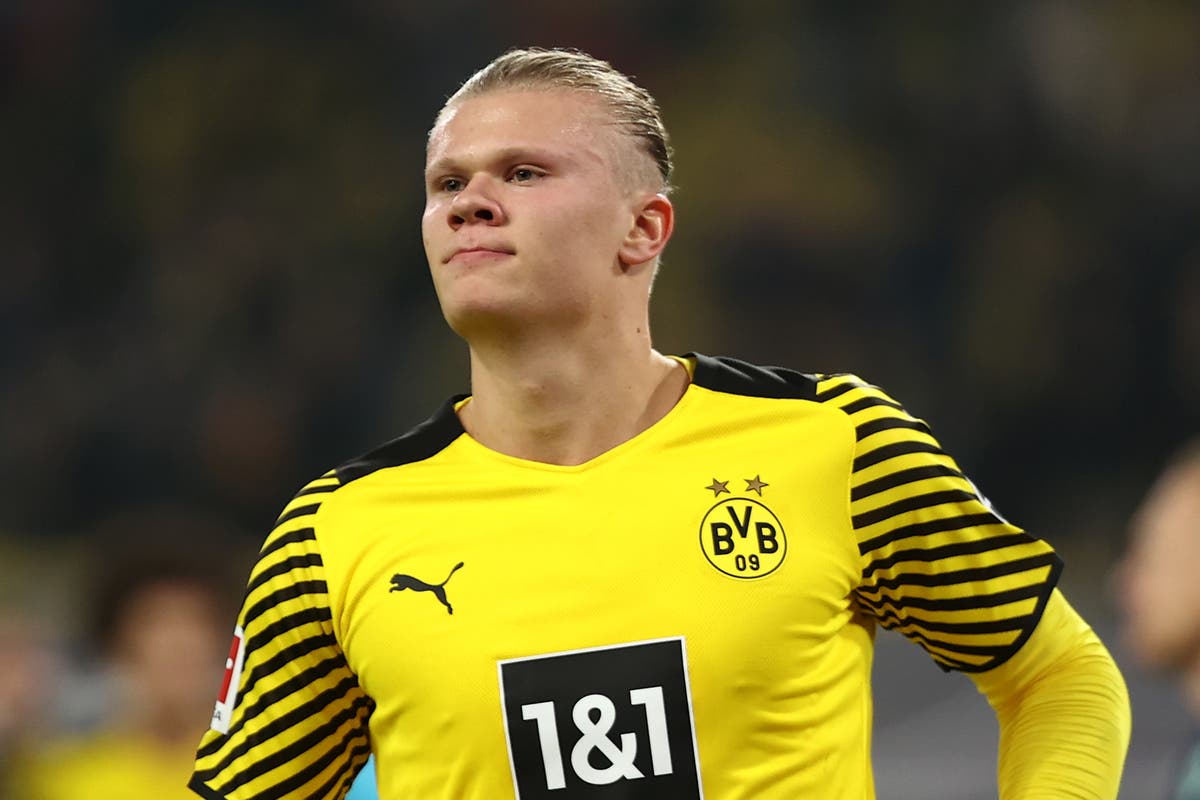 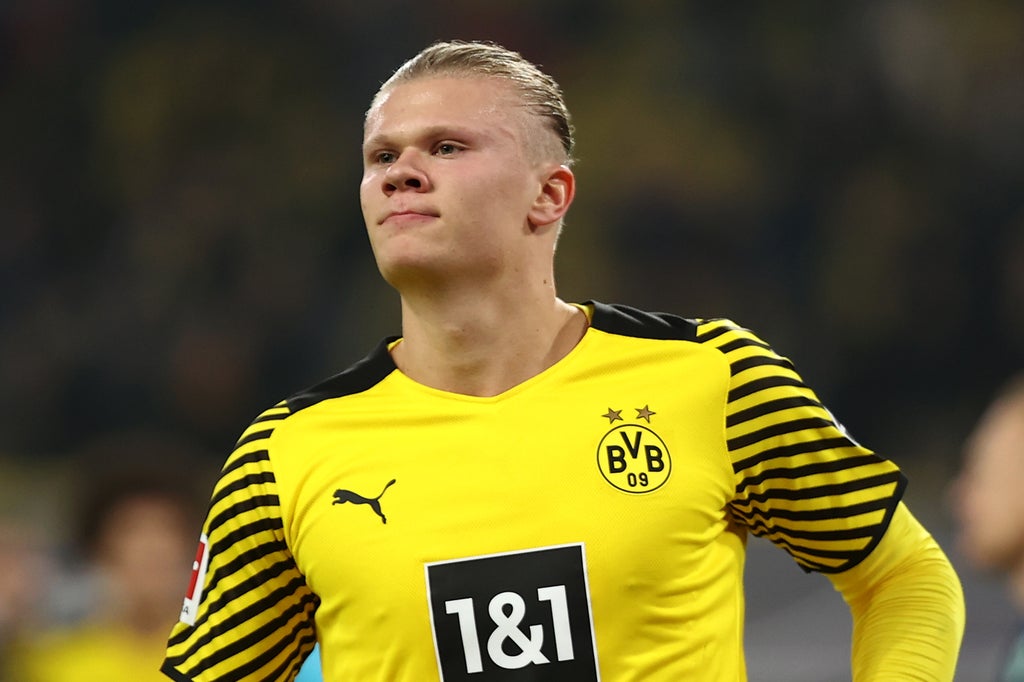 Reports in Germany outline the club’s hope that he either commits to a bumper new contract or informs them of his decision to leave by the end of the next month, with Real Madrid, Barcelona and Manchester City chasing his signature.

Speaking of which, Barcelona continue to be big players in the market despite their financial woes. Ferran Torres was finally registered as a LaLiga player yesterday after Samuel Umtiti took a pay cut.

Links out of Spain suggest the Camp Nou club could be open to a deal for Cristiano Ronaldo in the summer.

Manchester United continue to look for a new central midfielder in the window while also looking to loan out the likes of Amad Diallo. The future of Paul Pogba is also up in the air.

Chelsea continue to work on securing the futures of Antonio Rudiger, Cesar Azpilicueta and Andreas Christensen ahead of their contracts expiring. Meanwhile, Tottenham are plotting their next months after Antonio Conte assessed his squad, with talks over a £20m deal for Adama Traore.

Ajax are also trying to sign Steven Bergwijn, who will be allowed to leave Spurs this month.

It promises to be another exciting January window and we will have updates on Newcastle, Aston Villa, Kylian Mbappe, Romelu Lukaku, Luka Modric, Divock Origi and more.

Arsenal are ready to press ahead with an ambitious move for Dusan Vlahovic.

The Gunners are working on deal worth around £58million to sign the Fiorentina forward, who has been one of the most prolific strikers in Europe this season. Tottenham are also interested in the 21-year-old Serbia international, but Arsenal are ready to intensify talks in a bid to lure him to Emirates Stadium.

Vlahovic has scored 23 goals in 29 appearances for Fiorentina this season. He is reported to be demanding wages of up to £300,000 a week and it remains to be seen whether he would accept a move to Arsenal given they face major competition for the in-form marksman.

Juventus and Manchester City have also been linked with Vlahovic, but Arsenal hope to convince him of the project Mikel Arteta is building at the club.

Tottenham are in talks with Wolves over a £20million deal for Adama Traore.

ESPN state that the club are confident of completing a deal for the winger, who could fit Antonio Conte’s system as a wing-back – much like Victor Moses did for his title-winning Chelsea team.

Chelsea are trying to negotiate a settlement to bring Emerson Palmieri back to the club this month, writes James Robson.

The Italy international is on a season-long loan at Lyon but the European champions hope to cut that deal short, with Thomas Tuchel fearing the season could be wrecked without reinforcements during the January transfer window.

The German is prioritising cover at left wing-back after Ben Chilwell was ruled out for the rest of the season with anterior cruciate ligament damage.

Recalling Emerson is his preferred option, despite interest in Everton’s Lucas Digne, who is now expected to complete a move to Aston Villa this month.

It could cost in the region of £3million to cancel Emerson’s contract with Lyon, but that would be significantly cheaper than bringing in a permanent signing, with prices in January traditionally inflated.

A long-term injury to Federico Chiesa has forced Juventus into the market for a replacement winger.

Zenit Saint Petersburg’s Sardar Azmoun is said by Sky Sport Italia to be a prime option, with his contract expiring in the summer.

Despite his low transfer fee, the Russian club are still determined to sign a replacement of their own before sanctioning any sale.

Rudiger offers on the table

Paris Saint-Germain and Real Madrid have put their contracts on the table for Antonio Rudiger.

Wages of £110,000-a-week are named by Foot Mercato as both clubs’ package ahead of his contract expiration at Chelsea.

It is said that Madrid remains his ideal destination.

Ramsgate forward Joshua Ajayi is on trial with Tottenham.

The Express detail the 19-year-old’s trip to North London for a week under their tutelage after his scoring feats in the Isthmian League South East this season.

Stevenage are one of several clubs keeping tabs on the attacker.

Real Madrid and Chelsea tracked the centre-back last summer but were put off by the price demanded by the Andalusians.

El Nacional claim that the Reds want to fork out his full release clause in the coming weeks, which Sevilla are keen to avoid.

But, should the Spanish club push for a summer switch, Liverpool are reportedly determined to negotiate a cut-price deal.

Franck Kessie wants £130,000-a-week to move to Tottenham – something the North London club are ready to pay.

Reports in Italy suggest talks over a contract renewal with AC Milan have collapsed due to an offer of £80,000-a-week for the Ivorian.

And SportItalia say Spurs are leading the race to snap him up when his deal expires in June.

Age but a number for Japanese veteran

Kazuyoshi Miura will continue his professional career into his 55th year this season after the former Japan international striker joined fourth-tier Suzuka Point Getters on loan from Yokohama FC.

Miura, who turns 55 next month, has joined the Japan Football League club following Yokohama’s relegation to the second division at the end of last season.

Suzuka are managed by his brother, Yasutoshi, and the move sees Miura continue his career into a 37th season.

“I am grateful for the opportunity to play here and will do my best to contribute to the club on the pitch,” Miura said in a statement.

Suzuka will be the 15th Miura’s club. He played in Brazil, Japan, Italy, Croatia and Australia. Known as ‘King Kazu’, he became the oldest player to feature in the J-League in March last year at 54 years and 12 days when he came on as a late substitute against Urawa Reds.

The Italian has caught the eye of multiple Serie A teams in recent weeks and 90min add Spurs to the mix.

A loan-swap deal involving Tanguy Ndombele has even been mooted.