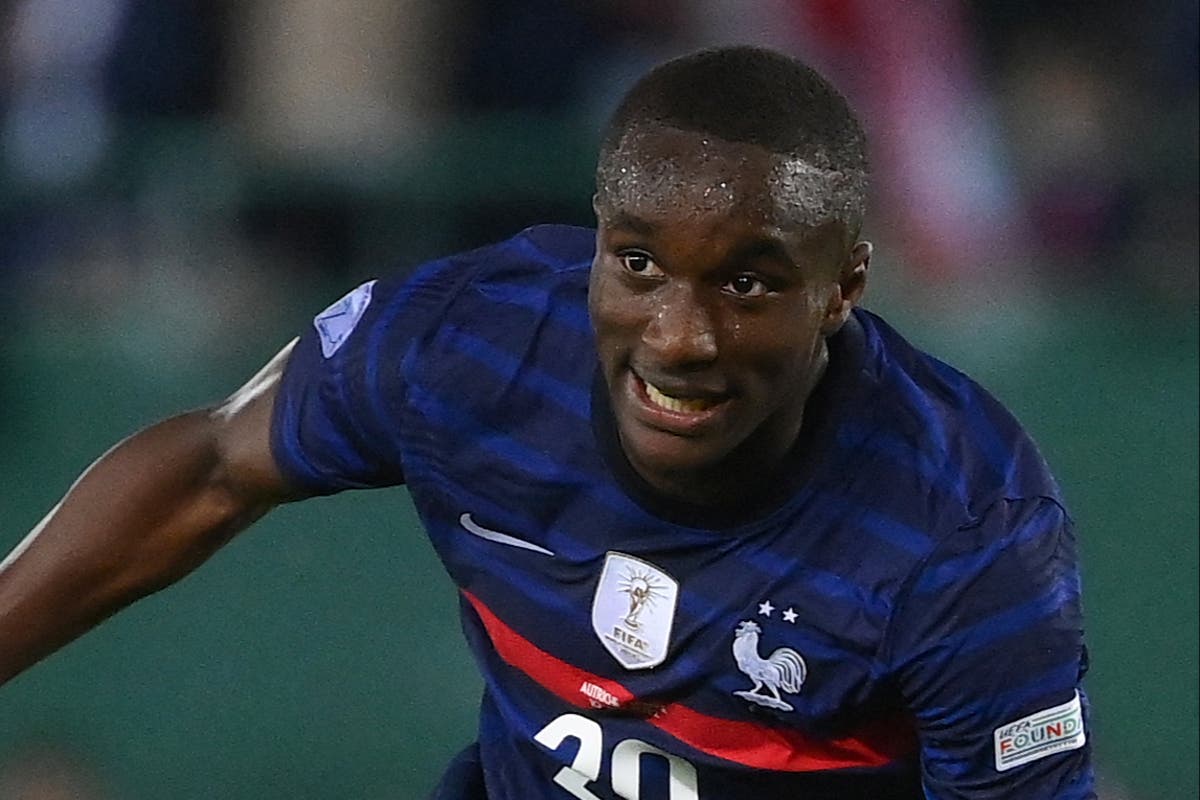 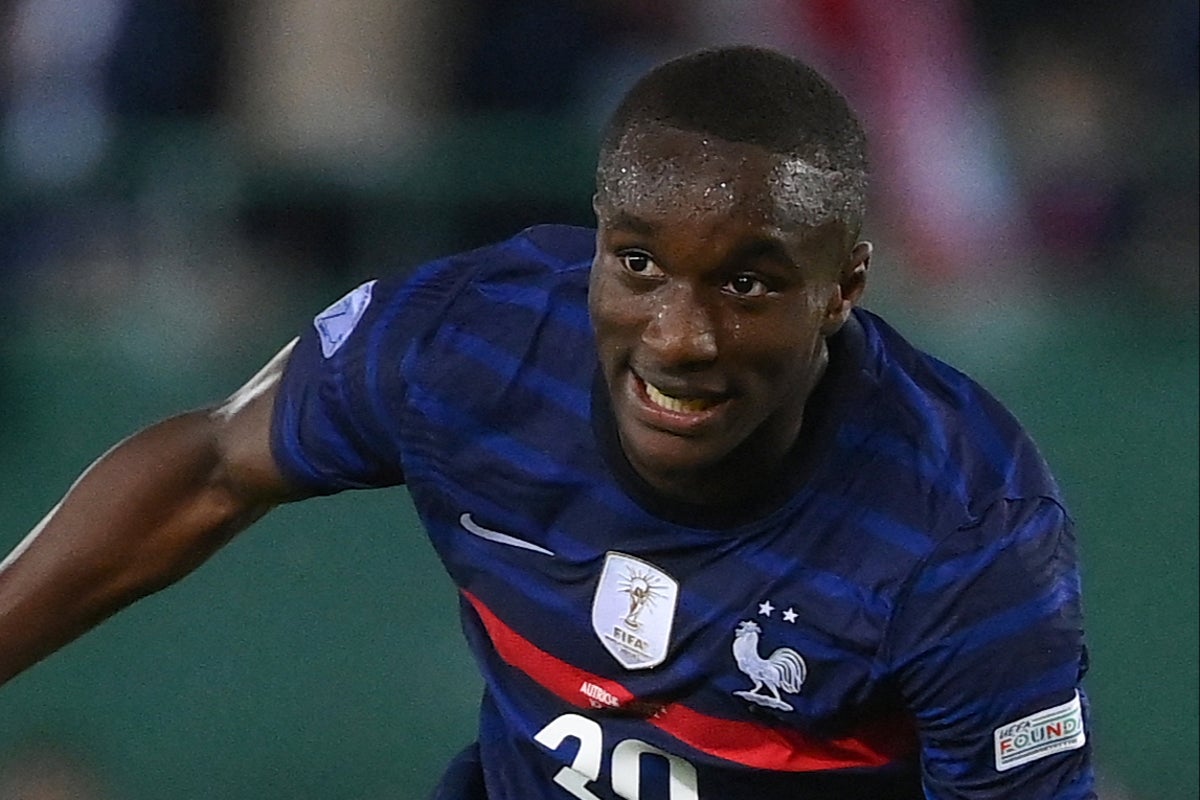 Arsenal, Chelsea and Tottenham remain heavily involved in the transfer window as the clock ticks down towards the summer deadline. Arsenal want to sign Moussa Diaby from Bayer Leverkusen as they target a new winger before September 1, while a late push for Leicester midfielder Youri Tielemans is still expected to materialise as Manchester City chase Kieran Tierney.

Chelsea are confident of signing Wesley Fofana at the third attempt, while they are also trying to seal a deal for Frenkie de Jong. Thomas Tuchel is also said to be pressing the case to bring in another Barcelona player in Pierre-Emerick Aubameyang, while the Blues are also interested in known Tottenham target Nicolo Zaniolo as well as the likes of Denzel Dumfries and Kyle Walker-Peters.

Spurs are set to sign Udinese’s Destiny Udogie next week and have also held talks over Memphis Depay, though offloading several unwanted players is now Antonio Conte’s top priority. Manchester United, meanwhile, are set for crucial negotiations with Adrien Rabiot today and insist Marcus Rashford is not for sale amid interest from PSG, who could sell them Mauro Icardi. Follow the latest transfer news, rumours and gossip below!

Manchester United also made a desperate late bid to keep Timo Werner in the Premier League, it has emerged.

The German striker rejoined former club RB Leipzig in a £25m transfer earlier this week, only two years after leaving the Bundesliga side for Stamford Bridge.

However, the Manchester Evening News have now revealed that United made an – obviously unsuccessful – last-ditch, 11th-hour offer to get Werner to Old Trafford instead.

Erik ten Hag is getting pushback from the Manchester United hierarchy over his desire to sign Hakim Ziyech, per the latest reports.

Ten Hag worked with the Moroccan winger in Amsterdam and is seeking a reunion at Old Trafford as an alternative to current Ajax star Antony, with Ziyech now surplus to requirements at Chelsea having been left as an unused substitute at Everton on opening weekend.

However, the Manchester Evening News report that he is being met with resistance by the powers that be at United, despite the club being willing to submit bids for the likes of Marko Arnautovic, drawing a strong backlash from disgruntled fans.

One defender who could be leaving Manchester City in the near future is Issa Kabore.

The Burkina Faso right-back, 21, is being lined up for a loan move to Marseille, according to Fabrizio Romano.

It is said to be unclear at this stage if the deal will include the option for the Ligue 1 side to complete a permanent transfer next summer.

Kabore, who has been loaned to Mechelen and Troyes in recent years, will compete with Arsenal loanee Nuno Tavares in Marseille, who are allowing Pol Lirola to join Spanish outfit Elche.

Arsenal defender Gabriel has insisted he is “very happy” at the club, after Juventus expressed an interest in signing him this summer, writes Simon Collings.

Having sold Matthijs de Ligt to Bayern Munich last month, Juve were on the hunt for a centre-back and identified Gabriel as a target.

The Brazilian has impressed since joining Arsenal in 2020 from Lille, and the Serie A giants wanted to see if he would be tempted by a move to Italy.

A deal never got off the ground, though, and Juve swooped for Torino centre-back Gleison Bremer instead, with Gabriel revealing he never wanted to leave Arsenal.

“It’s always nice to get recognition, but I am really focused on Arsenal,” he said. “I am very happy here. I’ve got a good relationship with my team-mates and I am fully committed to the project.

As mentioned earlier, Pep Guardiola is believed to be desperate to strengthen that area of his defence before the September 1 deadline after allowing Oleksandr Zinchenko to join Arsenal last month.

While Tierney has been linked, The Telegraph report that City are interested in signing Lodi from Atletico Madrid.

The Brazilian is a key player under Diego Simeone and has three years left on his contract in the Spanish capital, so likely won’t come cheap.

Another Manchester United transfer rumour that seems to be going down like a lead balloon among the fanbase.

Argentine outlets TNT Sports and TyC Sports both report that the club are interested in signing Mauro Icardi.

The striker has been told he can leave PSG, where he has only two years left to run on his current contract.

Could this factor into PSG’s reported interest in Marcus Rashford, one wonders?

Florentino Perez looks to have mockingly ruled out a sensational return to Real Madrid for Cristiano Ronaldo.

For the second successive summer transfer window, the Portuguese superstar’s club future has turned into a major saga as he attempts to leave Manchester United.

However, Ronaldo’s transfer options have dwindled fast and he can now cross off a return to the Bernabeu as any sort of possibility.

The Reds have brought in Darwin Nunez, Fabio Carvalho and Calvin Ramsay so far in the current window, with the German insisting he is happy with the make-up of his squad.

Injuries to the likes of Thiago Alcantara, Ibrahima Konate, Diogo Jota, Curtis Jones, Kostas Tsimikas, Naby Keita and Alex Oxlade-Chamberlain have significantly harmed Liverpool’s depth during the early stages of the new campaign, but Klopp does not believe an effective solution lies in the transfer market.

“If there would be the right player, we would have done it, we would do it, but we have had a lot of conversations already and it doesn’t look like it will happen,” he told reporters ahead of Monday night’s clash with Crystal Palace.

“I’m happy with the strength, size, and quality of my squad – but we have injuries.

“There are different solutions for it – one of them is the transfer market, but it only makes sense if you can bring in the right player.

“If there is the right solution for us, we would have done it already. We are not stubborn, it’s just about the right thing to do.”

Dennis has been attracting interest from clubs all summer, including Everton and Villarreal, but Forest made a concrete offer earlier this week.

They are set to pay Watford £20m for the Nigerian, who moved to Vicarage Road from Club Brugge for £3m only a year ago, and there is optimism on all sides that a deal will be completed.

Watford are now looking to bring in a striker before the transfer window shuts on September 1 and they have set their sights on Davis.

It is thought Villa would be open to loaning the 24-year-old, who impressed in the Championship at Forest last season and is a target for West Brom.

Watford are also fans of Davis’ Villa team-mate Cameron Archer, but it is unclear if he will be allowed to leave on loan this summer.

No Willian as Fulham press for Kluivert and Zirkzee

As well as moving for Hwang, Fulham are also in advanced negotiations with Roma winger Justin Kluivert and are also in talks with Bayern Munich’s Joshua Zirkzee.

German side Stuttgart have recently emerged as competitors for the signature of Zirkzee. Several sources have also moved to deny rumours of advanced talks between Fulham and former Chelsea and Arsenal winger Willian, who has cancelled his contract at Corinthians in order to return to European football.