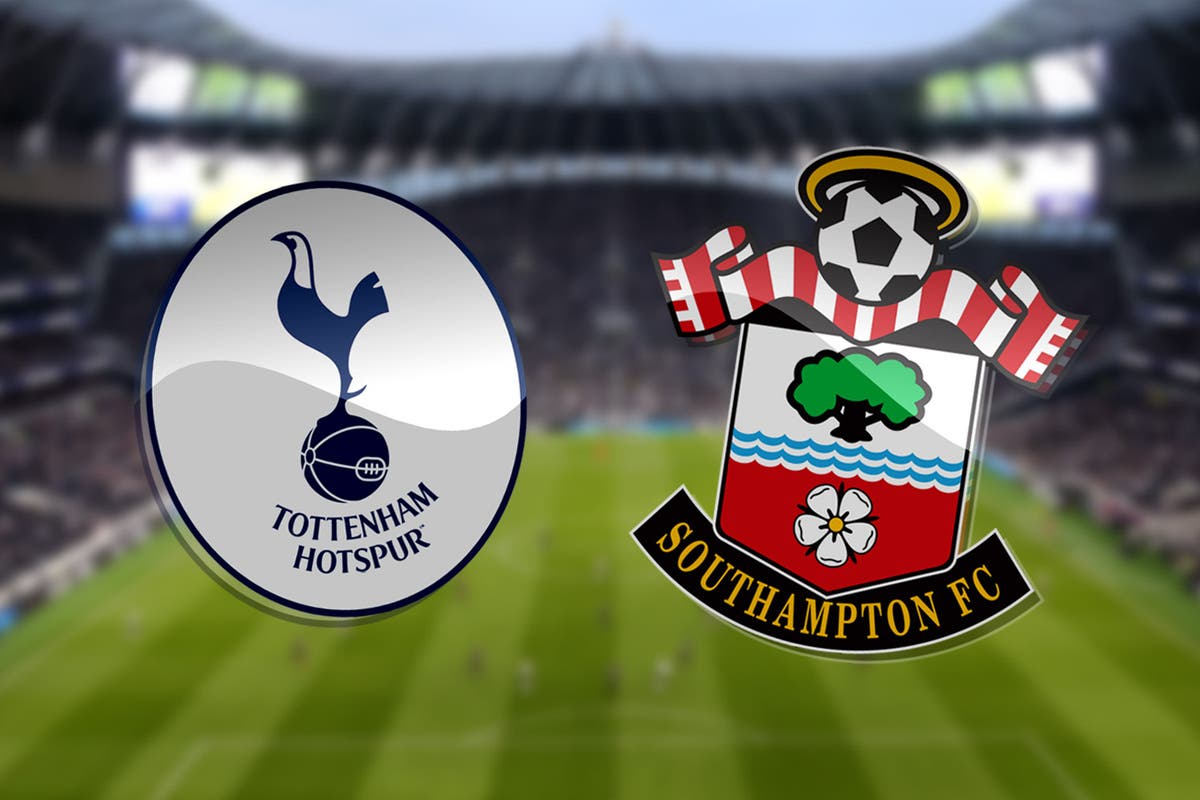 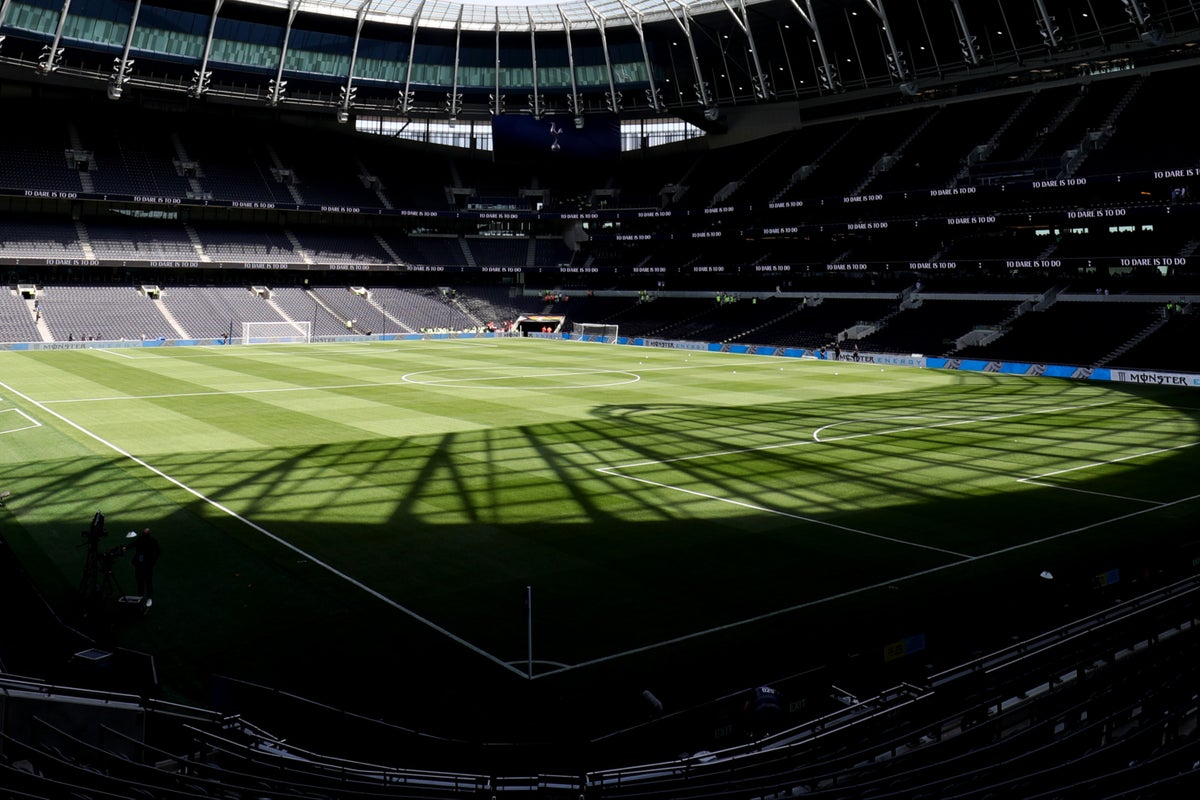 Lineups on the way

Less than 10 minutes to go until we get official team news from north London.

Conte was also asked if Tottenham could close the gap to Manchester City and Liverpool this season after pipping north London rivals Arsenal to fourth spot and a Champions League return on the final day of 2021/22.

“We are talking about two of the best clubs in the world that are working with the same coaches for seven years,” he said.

“Now they are in my opinion in a position that is very difficult for the others to close the gap but we have to do this.

“If you are with the same manager for many years and you give continuity, and you continue an idea and you continue a vision, then for sure it’s the best situation for the club to improve and to grow season by season.

“I think that this is important. For me, after seven months, it’s easier now to work with the players because the players know what I want.”

Meanwhile, Antonio Conte has insisted that he is not concerned about the potential for Tottenham’s players to try and save themselves for the inaugural winter World Cup in the first half of this new Premier League season.

“Honestly, I don’t care about that,” he said at his pre-match press conference on Thursday.

“I was a player and when you play a game and you want to win, you don’t think you could be injured or you risk injury and can’t play in a World Cup. Honestly.

“The players are really focused to go step by step and go game by game. We have three important trophies in England and then to play an important competition in the Champions League.

“I know my players, their desire and their will. And [I know] also what we did to reach this achievement. Honestly, I’m not worried about this situation. The problems are for all the teams.”

Much has been made of Southampton’s approach to recruitment so far this summer, with the Saints tending to favour young, ambitious talent over trying to compete for big-money signings.

And manager Ralph Hasenhuttl insists he is happy with the business Southampton have done so far.

“I’m still of the opinion that £40 or £50million transfers make no sense for us,” he told reporters yesterday. “But we of course want quality, and if it’s young, OK, no problem, take it.

“This is the way we want to go and it’s good that we have done our job so far. But the transfer window is open so long that, if we do something we have enough time to do it.”

Hasenhuttl added: “I’m not so sure on the effect on prices of the window staying open, some other clubs will also look at first games, how strong they are, or if they have weaknesses.

“So I’m not sure if prices of players will go up or down again even after matches. Then the market is sometimes a bit stupid and strange.

“But for us it was a good thing we could do this season some things that we normally could only do after selling a few players.

“This was different this season definitely, and helped you to get some players in that you wish you can get, and what also makes sense for us I think.”

The calm before the opening day storm in N17!

Lovely weather for the first weekend of the season.

Spurs squad has never been stronger as expectation builds

After a summer of expectation and uncharacteristic efficiency, Tottenham will begin the season at home to Southampton looking strikingly…familiar, writes Dan Kilpatrick.

Richarlison is suspended and Yves Bissouma is a doubt. Djed Spence and Clement Lenglet are unlikely to be thrown straight in, while Ivan Perisic — the likeliest of the club’s six new additions to start — is still not fully fit.

A £150m war chest and the game’s most demanding coach can still leave you with Matt Doherty and Ryan Sessegnon as wing-backs, and Ben Davies or Davinson Sanchez in the back three.

Still, the familiarity of the XI will not tell the story of Spurs’ impressive progress since Antonio Conte agreed to stay on as head coach on May 27.

Click here to read the season preview in full

Spurs are said to be closing in on the signing of Udinese left-back Destiny Udogie.

Tottenham are believed to have agreed a five-year contract with the Italy Under-21 international, who looks set to be loaned back to his former club for the duration of the 2022-23 campaign.

Clement Lenglet, Fraser Forster and Djed Spence are most likely to be kept on the bench for Tottenham today, reports Dan Kilpatrick.

With Richarlison banned, Yves Bissouma doubtful and Ivan Perisic to be assessed, there is the prospect of no full debuts for any of Antonio Conte’s summer signings this afternoon.

Emerson Royal should be favoured over Spence at right wing-back if Matt Doherty is not risked on his return from knee surgery.

A straightforward home game would be an ideal start to the campaign for Antonio Conte but don’t expect the goals to glow too fluidly on the first weekend.

Southampton are still missing long-term absentee Tino Livramento, who will not be back before the mid-season break for the World Cup as he recovers from an ACL injury suffered in April.