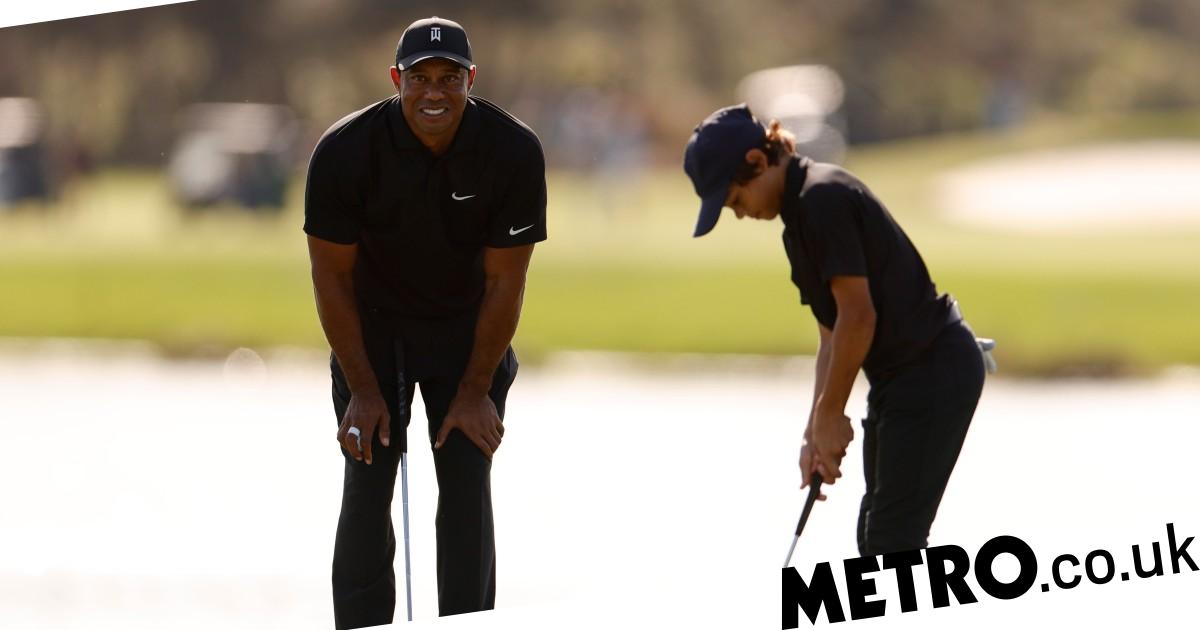 Tiger Woods admitted he had an ‘absolute blast’ sharing the golf course with his young son Charlie but warned fans he’s still a long way off returning to his best.

The dynamic duo are competing in the PNC Championship this week as the 15-time major winner made his return to golf 10 months after he suffered significant leg injuries in a car crash.

‘It’s going to be a while. I couldn’t walk this golf course even right now’ he said after completing his round with 12-year-old son Charlie in Orlando, Florida.

‘I don’t have the endurance. My leg’s not quite right yet. It’s going to take time.

‘I told you guys in the Bahamas, I’m a long way away from playing tournament golf. This is it, hop in a cart and moving about my business.’

The 45-year-old was also asked if he would ever ask to use a cart in order to return to the PGA Tour but he quickly dismissed the idea.

While Woods works on getting his own game back to his best, for now he’s enjoying helping to nurture Charlie, who is unsurprisingly already attracting plenty of attention from golf fans and the media.

‘We’re here to have fun,’ said Woods. ‘And I told (Charlie) that’s the most important thing to do this week, just have fun.

‘Scoring will take care of itself – we’ll feed off one another – but make sure we communicate and make sure we have fun.’

This is not the first time the pair have teamed up, as Charlie impressed at last year’s PNC Championship with some stunning shots.

They finished seventh, losing out to winner Justin Thomas and his father Mike.


MORE : YouTube golf star Rick Shiels: ‘I’d do anything to film with Tiger Woods, I’d even clean his clubs’