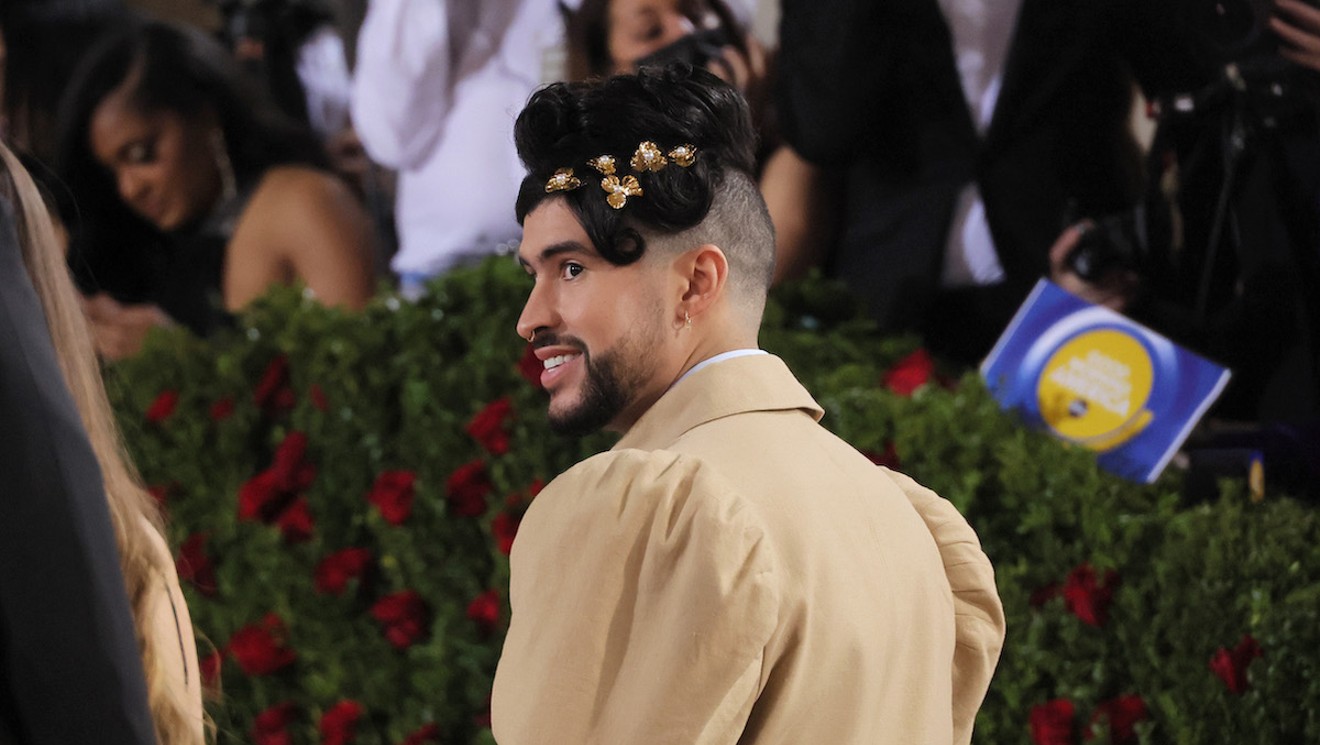 Painted nails and long skirts are not precisely what comes to mind when describing Latino “machismo.” Machismo usually manifests itself as strong or aggressive masculine pride, most commonly portrayed by men establishing their dominance in everyday life. It’s an attitude that is especially prevalent in trap and reggaeton music, and lyrics typically involve the assertion of male authority at the expense of women.

Enter Benito Antonio Martínez Ocasio — or Bad Bunny, as the world knows him — who, throughout his career, has flipped the idea of masculinity on its head. His lyrics include many references to his current girlfriends, ex-girlfriends, some girl, er, friend, the casual stranger, and his plans for the night — as is typical for the genre. And with his trap-beat confidence and Spanish melodies, it’s no wonder his fanbase comprises primarily women.

However, he does all these things while wearing dresses, sporting brightly manicured nails, and adorning his braided hair with colorful beads.

The most recent example of Bad Bunny’s redefinition of what it means to be “masculine” came during this year’s Met Gala. Dressed by luxury fashion brand Burberry, Benito showed up in a cream boilersuit with a long detachable skirt, manicured white nails, and a fancy updo with golden clips. His outfit borrowed from the styles of the Gilded Age in his native Puerto Rico and mixed women’s and men’s fashions to create a gender-neutral ensemble.

Besides putting aside the notion of masculine dominance, Benito is also a champion for women. In 2020, he performed on The Tonight Show in a long skirt and white T-shirt that proclaimed, “Mataron a Alexa, no a un hombre con falda” (“They killed Alexa, not a man in a skirt.”) His fashion choice was deliberate, designed to bring awareness to the tragic murder of transgender homeless woman Alexa Negrón Luciano in Puerto Rico that same year.

In the same vein, his song “Yo Perreo Sola” (“I Twerk Alone”) is an anthem dedicated to all those (especially women) who prefer to dance alone at the club. The music video portrays Benito dressed in drag with a tight red dress and thigh-high boots with lyrics that let men know “she’ll call if she needs you… but for now, she dances alone.” The video closes with a red-lettered PSA: “If she doesn’t want to dance with you, respect her. She twerks alone.”

“I have always been confident in myself, even before I became famous,” Bad Bunny told Refinery 29 in 2018, at the beginning of his booming fame. “I believed in myself, I didn’t change who I was to get people to love me, and for that reason, my fans connected with me.”

That mentality has served him well and earned him a devout fanbase. His latest effort, Un Verano Sin Ti (A Summer Without You), is on track to be one of the biggest albums of 2022, breaking records upon its release, including the highest first-week sales this year so far. Most recently, it became the most popular album of the year after overtaking Disney’s Encanto. Un Verano Sin Ti has sold more than 1.4 million copies, garnered roughly three billion streams on Spotify, and has pushed the Puerto Rican singer to stage his most elaborate tour yet.

Hard Rock Stadium will be the third stop on his World’s Hottest Tour for a double-night show. The tour hasn’t yet begun, but if the past is to be believed, the show should include pyrotechnics, dancers, and Bad Bunny’s signature colorful, gender-bending outfits. Earlier this year, his El Último Tour del Mundo 2022 became the fastest-selling tour since 2018, and the World’s Hottest Tour has followed suit.

While Bad Bunny has his critics, in the long run, he’s enamored listeners by being himself, even if that makes some people uncomfortable.