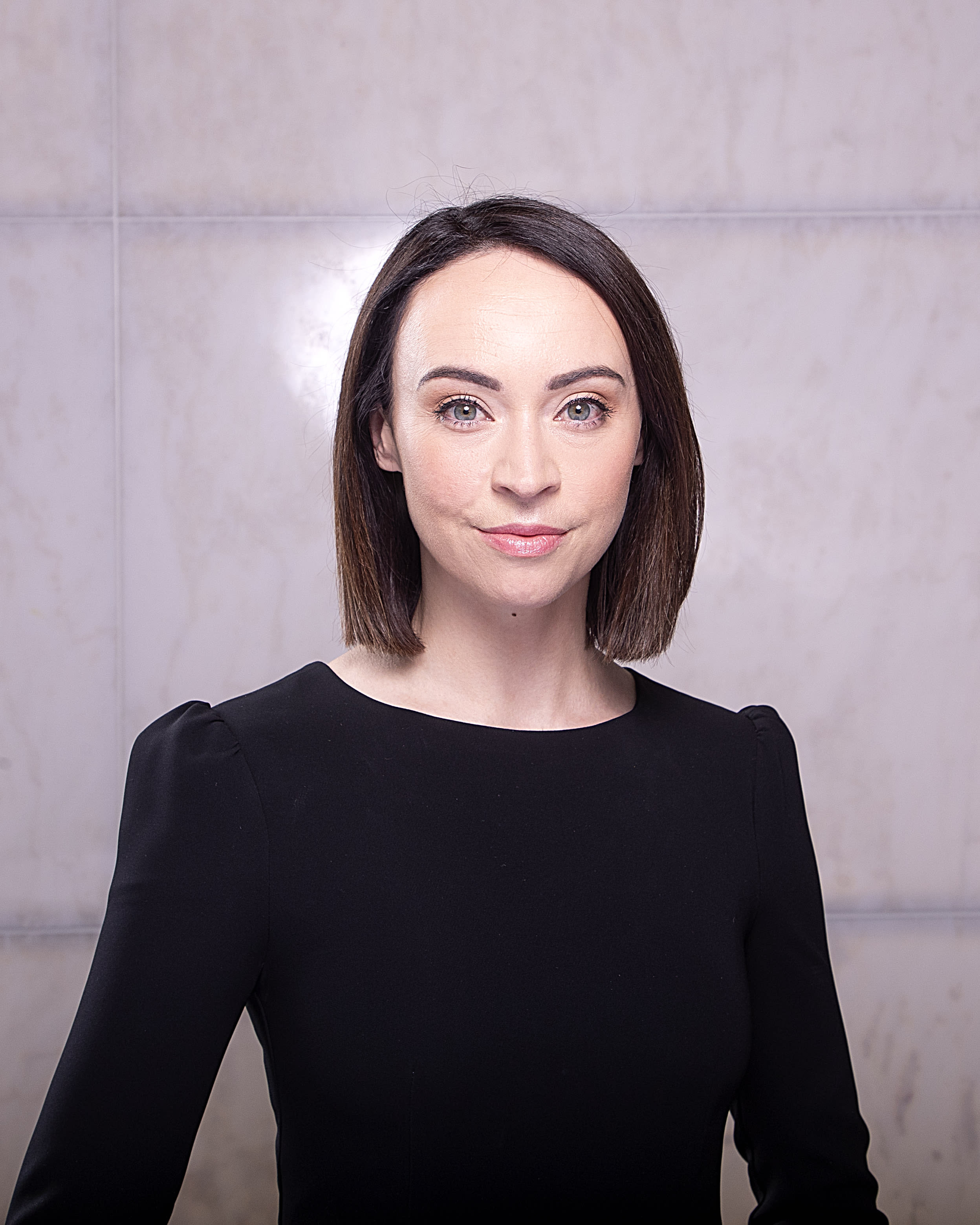 Change is constant for the news industry and 2022 will be no different. Stephen Parker looks at the questions facing our media players and how they might respond.

The idea of merging RNZ and TVNZ into a single public media entity has been on and off again for several years. Millions were spent on a developing a business case but last November the Government delayed the decision, citing the Covid workload. Cabinet is now due to decide in February.

Will the Stronger Public Media project get the green light? Probably because of all the preparation work which has been undertaken.

Counter-arguments exist. A practical argument is that if it’s not broken don’t fix it. Ultimately, both TVNZ and RNZ delivered strong performances last year. And so far the Government has not fully articulated the benefits of a merger.

Even if the business case turns out to be compelling, political calculations will nag senior ministers.

The Public Interest Journalism Fund is a case in point. This path of good intention has produced a bumpy ride. There have been accusations of the Government receiving soft coverage as a result of its direct funding of media outlets with the $55 million scheme. Media bosses rightly rubbish the claims but the perception has taken hold in anti-Labour circles.

The second political consideration is where the merger project fits within the Government’s overburdened work programme.

Possibly not that high. Labour has heavily committed to big-ticket structural reform work. It may well start the New Year working out what it can shed.

Even if Cabinet agrees to approve a new public media entity by blending TVNZ and RNZ, nothing obvious will happen fast.  An Establishment Board will be formed and a new Broadcasting Act will be prepped for introduction in Parliament which will chew up the next 18 months. The new public service broadcaster wouldn’t become operational until mid-2023.

So far the Government has been steadfastly reluctant to regulate the digital giants. It’s difficult to see how this hands-off approach has been beneficial to the local news industry and the national interest.

And government regulatory approach is a big deal for domestic news outlets. They want payment for content that Google and Facebook aggregate.

Australia took on the big offshore digital players by writing a news media bargaining code that secured healthy payments. Many European governments have set similar regulations. Canada is also headed in this direction.

Eventually, late last year our media outlets joined forces through the Newspapers Publishers Association in a bid to collectively negotiate with Google (hoping to gain greater leverage since there was no news media bargaining code to fall upon).

If the Government had followed the same path as Australia, or many other like-minded countries that developed a bargaining code, it’s likely the domestic media industry would be much better off by now.

Why it hasn’t happened is unclear. Possibly a mixture of weak policy advice by officials or an unwillingness to upset Google and Facebook (which are also platforms for ministers).

Regardless, the influence of Google and Facebook is on the rise, and local news outlets (except the smaller, subscriber-based, BusinessDesk) have not secured content payments. The pot continues to boil. News industry bosses are quietly becoming deeply frustrated by government inertia.

Can TVNZ bank on Power making an impact?

The TVNZ board has moved swiftly to replace its outgoing chief executive, announcing late last year that former Westpac Bank executive and National minister Simon Power had been appointed to the top job.

This ticked some boxes. A swift appointment at a critical juncture, a New Zealander getting the job, and he’s known quantity.

The unchecked box is media industry experience or a demonstrated passion for the media.

Possibly the TVNZ board decided the chief executive’s job description had changed with stronger Wellington beltway skills called for, especially if the public media project goes ahead.

While a former National minister, Simon Power isn’t Steven Joyce. He served under a John Key government as a justice minister, where he was regarded as at the liberal end of the spectrum. His office described him as the left hemisphere of the National government.

It’s not an easy mission for Power to navigate the interests of TVNZ under a public media model. And one of the key people he has to negotiate with is RNZ’s Paul Thompson, who’s now something of a public media veteran.

The $55 million Public Interest Journalism Fund (PIJF) was paved with good intentions. It was formed to create reporter jobs when the industry looked on the brink of failure, particularly while facing Covid economic shocks.

Has it been a success? If it were a movie you would have to say that one year on the PIJF lacks critical acclaim or overt popularity.

The unease exists because the PIJF includes direct funding of journalism in commercial newsrooms allocated on criteria set by NZ On Air. Fair or otherwise, critics claim this leads to a soft influence of the news by the Government.

Many industry bosses also have reservations about the scheme’s design but have been guarded with public criticism.

Belatedly, NZ On Air has decided to form an industry advisory panel (even though it is halfway through the funding rollout). What influence it will have on the scheme remains unclear.

The Government has indicated it’ll ditch the PIJF when the $55 million is spent. But Pandora’s Box has been opened. Ending the scheme will create problems in its own right. How many of those hired under the scheme will lose their jobs when the well runs dry?

This year the Government and its policymakers will be wrestling with what’s next for news industry funding. That is apart from its own public media project.

There was a splash of publicity when it was announced Tova O’Brien was leaving her role as political editor at Discovery/Newshub to be the morning host on a reformatted Magic talkback station now called Today.

Widely portrayed as the start of a Tova versus Mike Hosking radio rating war, it’ll be an intriguing competition.

Today hasn’t set a date for the launch – apart from indicating it will be sometime in the first quarter. That’s a slow and well-advertised launch that gives Newstalk ZB and the NZME stable a heap of time to roll out its own pre-emptive marketing.

No doubt this radio war will be compelling listening for media junkies but it’ll be towards the end of the year before judgments can be reached about new rating patterns. And it will be no easy feat to prise out the deeply embedded audience of Newstalk ZB. MediaWorks has already signalled Today is a long-term project.

‘The Platform’ arrives but what are the chances it will ignite “the resistance”?

This year will see the birth of an entirely new outlet, The Platform, being put together by former Magic Radio/RNZ/and TV3 broadcaster Sean Plunket. If you run out of platforms, the only option is to build your own. The radio station and website will offer an anti-cancel culture format.

You can buy a t-shirt which leaves no doubt on political positioning. Its logo is “Join the Resistance”. Plunket says the mission of The Platform is to “beat the hatred fuelled by taxpayer-funded media and cultural commissars who use your tax dollar to stifle public debate”.

Studios are being built (including one in Queenstown) and staff hired for the new platform, which has funding from an unnamed private backer. 2022 will judge if The Platform is about to ride a political zeitgeist.

While TVNZ and RNZ may spend much of the year looking at each other, Sky has set out its strategy to revitalise its fortunes. 2022 will judge if the plan pays off.

In the latter half of the year, it will launch the new internet-capable Sky Box which will combine satellite and broadband streaming content. As a product, it will offer third party apps, some free-to-air content, and Sky programming.

Sky will be hoping to hold onto the customers previously accessing its product through Vodafone TV which is being wound up this year. Sky will continue its policy of doing deals with the free-to-air networks and is likely to revamp Prime – its own FTA channel.

The pay TV company will also be keeping a close eye on Spark to see if the telco questions its role in delivering sports content or doubles down on its costly strategy. For example, did the Rugby World Cup and Cricket NZ rights pay off for Spark in attracting or holding subscribers?

And so, plenty of rewriting of the media landscape to sweep through 2022. It may well prove to be a year where public media entities shift deep into public interest values. Commercial media outlets get to become more feisty in their political coverage. And, Labour’s media policy faces greater tests.