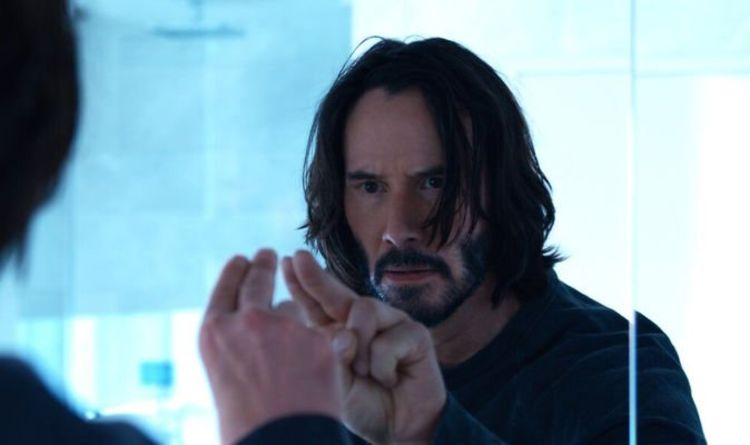 After 20 years The Matrix is returning with its sequel, Resurrections. The movie sees the return of Keanu Reeves as Neo and he’s joined by Carrie-Anne Moss, who continues playing her role of Trinity. But fans of the series were likely not expecting to see a potential future James Bond star join the ranks of the Matrix.

In a new interview Henwick revealed she filmed some scenes alongside Tom Hardy as the movie’s shooting coincided with Venom: Let There Be Carnage.

She explained: “We were filming in San Francisco at the same time as Venom 2, and I met Tom Hardy. So, Tom Hardy and I are running in the background of one of the scenes.” (Via Den Of Geek)

Henwick added that she’s “curious to see” whether these scenes made the cut or not. She was also keen to note that this cameo might not be easy to see.

Henwick, who is best known for playing Resistance fighter pilot Jessika Pava in Star Wars: The Force Awakens, explained how viewers could spot her and Hardy in the new movie. She said: “I can’t wait to get a digital copy of the film because I’m actually in the background in a bunch of scenes as me, Jess. So if someone zooms in, they’ll be like: ‘Wait. Is that Bugs in the background, in the mob, running?'” Of course, Hardy is currently in the running to become Bond after Daniel Craig stepped down following No Time To Die.

Hardy also had a brief cameo in Star Wars: The Last Jedi in 2017.

The scene showed him interrogating Finn (John Boyega), who was acting as a commander for the First Order at the time.

The clip was eventually axed from the final movie, however, it can be seen online. Scroll up to watch it.

Henwick also spoke candidly about the plot of The Matrix Resurrections in another interview.

She said of Reeves: “I’m excited for fans to get to see Keanu. We love him. We love him as Neo. He’s amazing. He is the beating heart of the film, and he can do no wrong. So, I think fans are really going to enjoy that.”

Henwick also dished some info on Trinity, saying: “Carrie-Anne has a really interesting role in this film, and I think a lot of people are going to be happy with her work. That’s really what I’m excited to see.”