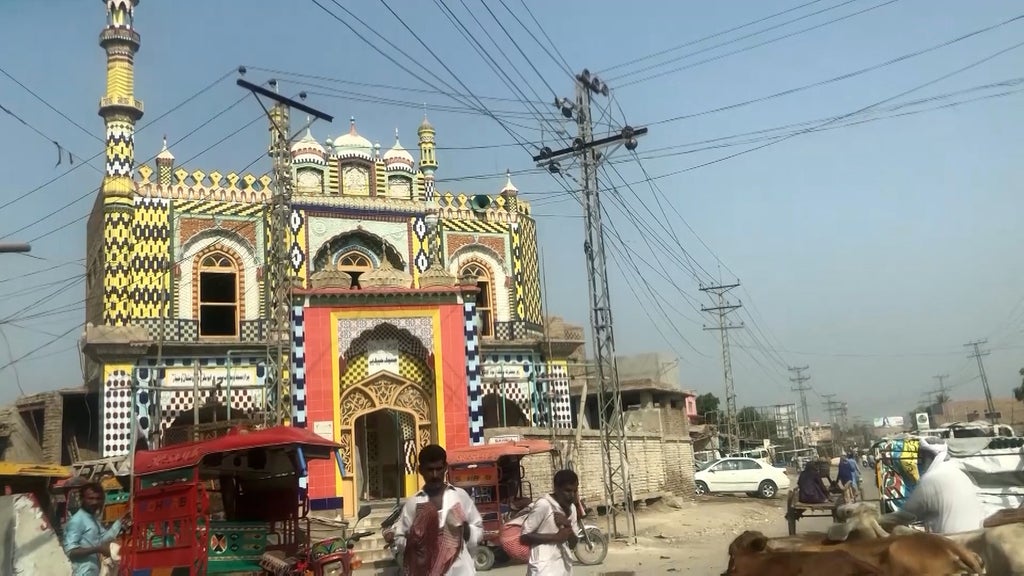 This article first appeared in our partner site, Independent Urdu

In the historic city of Jacobabad in Pakistan’s southern Sindh province, places of worship belonging to three different religions are located side by side. A Hindu temple, Christian church and Muslim mosque are adjacent to one another. The city of Jacobabad was founded by Brigadier-General John Jacob, an officer of the British East India Company who served in colonial India.

Located on the city’s Shikarpur Road, this religious complex representing three different faiths is considered by locals to be a hub of interfaith harmony and tolerance in a time of growing religious extremism. These places of worship are built in a row. On one end is the Hindu Gaushala and temple, and on the other a mosque. In the middle, there is a Baptist church.

Interestingly, in the evening, worship takes place in all the three holy places. In the temple, bells are rung and hymns are sung over loudspeakers, while in the church, the sound of religious songs is heard. The Muslim call to prayer, the adhan, resounds from the mosque.

Sharon Yousaf, pastor of the Baptist church in Jacobabad told Independent Urdu, “The three places of worship are together and their walls are side by side. But despite this, no untoward incident has taken place since the establishment of Pakistan. Believers of all three religions respect each other’s places of worship and treat each other with respect.

“Worship is held in our church in the evenings where we sing hymns. Devotional songs are also played on loudspeakers in the Hindu temple. However, when the Muslim call to prayer is made, they turn off the loudspeakers out of respect.”

According to Pastor Sharon Joseph, the land on which the church was built originally belonged to the Hindu Gaushala. During the colonial period, Christians who came to the city with Brigadier-General John Jacob were gifted this land by the local Hindus so that they might build a place of worship for themselves.

“When Pakistan was established, many Christians settled here and a proper church was built. This church is about 80 years old,” the pastor added. “The mystical land of Sindh is a peaceful home for religious harmony. Jacobabad in particular has never seen religious conflict and we all dwell in love”.

“During religious festivals, we invite one another to join in. This place is a perfect example of religious harmony. If anyone is facing a problem, we all help them regardless of faith”.

Reviewed and proofread by Tooba Ali and Celine Assaf