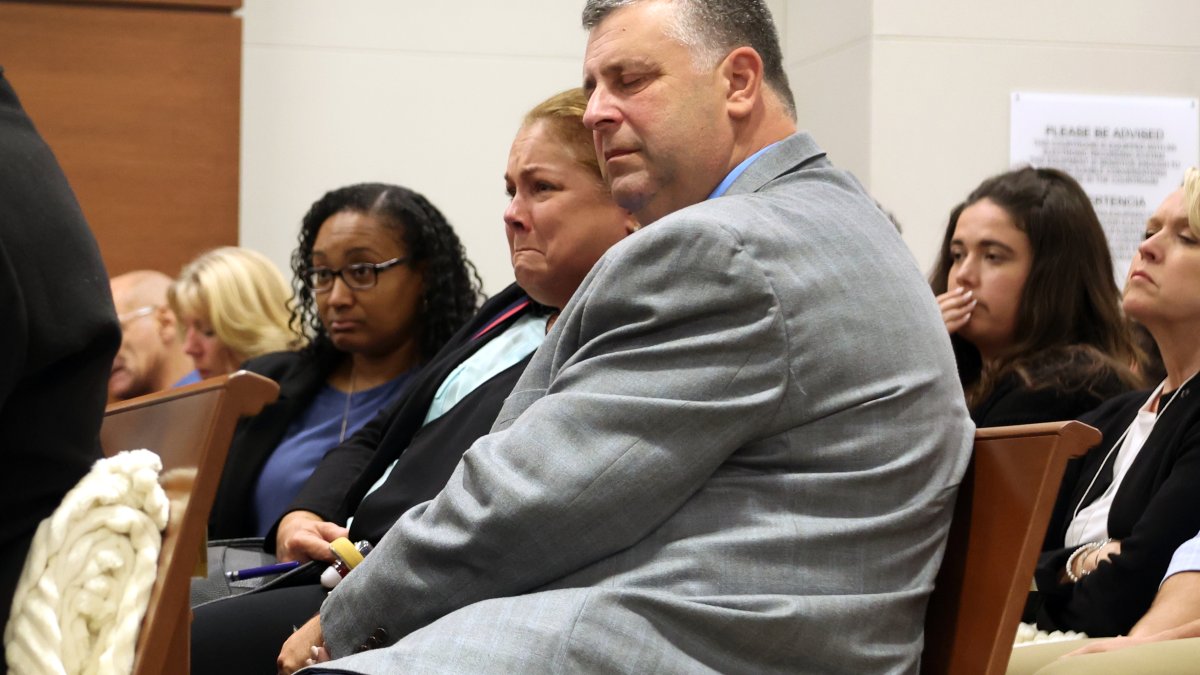 Throughout the day, jurors were shown more images of the damages a high-velocity rifle can do, as well as modifications the confessed killer made to the weapon to make it even more lethal.

The mention of his 14-year-old son’s name brought tears to the eyes of Max Schachter, who created the Safe Schools for Alex program, as well as a scholarship fund for students who, like his son Alex, enjoy playing in the school band.

More parents were seen in the courtroom having emotional reactions to hearing the details of their child’s autopsy report.

The parents of Gina Montalto, Jennifer and Tony, were seen holding each other with tears in their eyes as Dr. Osbourne described the injuries she sustained at the hands of a gunman in the halls of her school on Feb. 14, 2018.

The testimony from medical examiners and images shown to the jury depicted the devastating damage that an AR-15 can do to soft tissues in a human body.

By the end of the day on Tuesday, six more autopsies were entered into the record, leaving four more which are expected to be entered in the coming days.