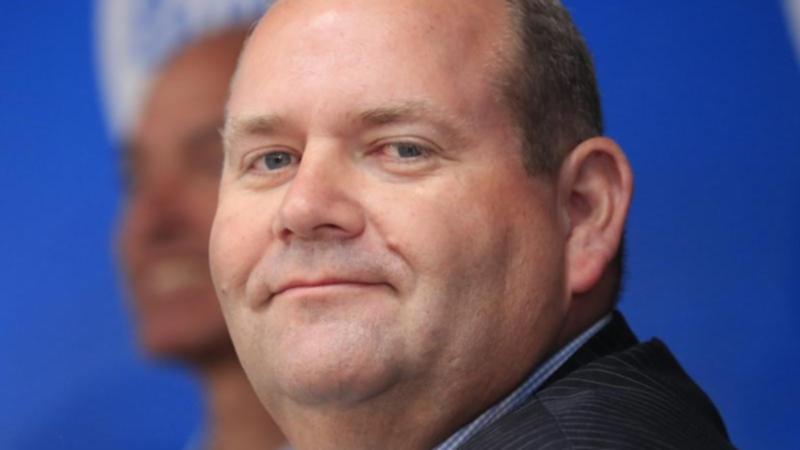 A controversial former Tasmanian MP who admitted having an unregistered handgun and stolen driver’s licences has been fined $5000 in a Queensland court.

Adam Richard Brooks pleaded guilty in Redcliffe Magistrates Court on Wednesday to having an unregistered firearm, as well as three Victorian driver’s licences and eight credit cards in other names.

The court heard the holstered gun was visible when police searched a unit at Redcliffe, north of Brisbane, hours after Brooks arrived from Tasmania in May.

The 46-year-old was earlier charged with eight offences, but after discussions between his lawyer and prosecutors Brooks pleaded guilty to three charges.

One related to the possession of the unregistered handgun, although Brooks holds a firearm licence.

The first-time offender – who served in the navy for eight years – also admitted having the credit cards police suspected were stolen and three Victorian driver’s licences that were “calculated to deceive”.

Brooks was arrested after authorities received a tip-off and executed a search warrant on the Marine Parade apartment just after midnight on May 13.

Police prosecutor Sergeant Tim Clare said the only deduction that could be made regarding the “concerning” items found by officers was that they “are not for a legal nature”.

Defence lawyer Brendan Beavon said Brooks made “an error of judgment” at a time when he was suffering from work-related and personal stress.

Mr Beavon said Brooks had flown into Queensland about two hours before the search and removed the firearm from where it was stored in his rented unit.

It was visible at the top of a sports bag when police executed a search warrant.

Brooks admitted unlawfully obtaining the licences – which he said were expired – from the Tasmanian head office of a company where he was chief executive.

Magistrate Paul Byrne said Brooks had been in an “elevated position” at the time of offending.

But Mr Byrne said he was still in the dark about the “whole motivation” behind what happened.

There was no evidence of the purpose behind the credit cards or licences, or of their misuse, he said.

Mr Byrne said Brooks was licensed to possess a handgun, but a person whose duties directly or indirectly included being a lawmaker would know that something “as potentially lethal as a handgun” should be registered.

Brooks won the seat of Braddon in the May 1 state poll but resigned before taking office.

The court received a copy of Brooks’ resignation letter to the Tasmanian governor the day after his arrest.

Mr Byrne said he could understand why self-consciousness and embarrassment might have caused him to “understate the real motivation” for leaving parliament.

Property seized by police relating to the charges to which Brooks pleaded was forfeited to authorities, but items like a computer would be returned to him.

No conviction was recorded.

Outside court, Brooks said the matter was now dealt with and he intended to get on with the rest of his life.

“People plead guilty for all sorts of reasons and I’m happy with the outcome,” he added.

The one-time Tasmanian mining minister, who served in the seat of Braddon from 2010 to 2019, was also accused during the state election campaign of catfishing two women using a fake dating profile.

He denied those allegations at the time.