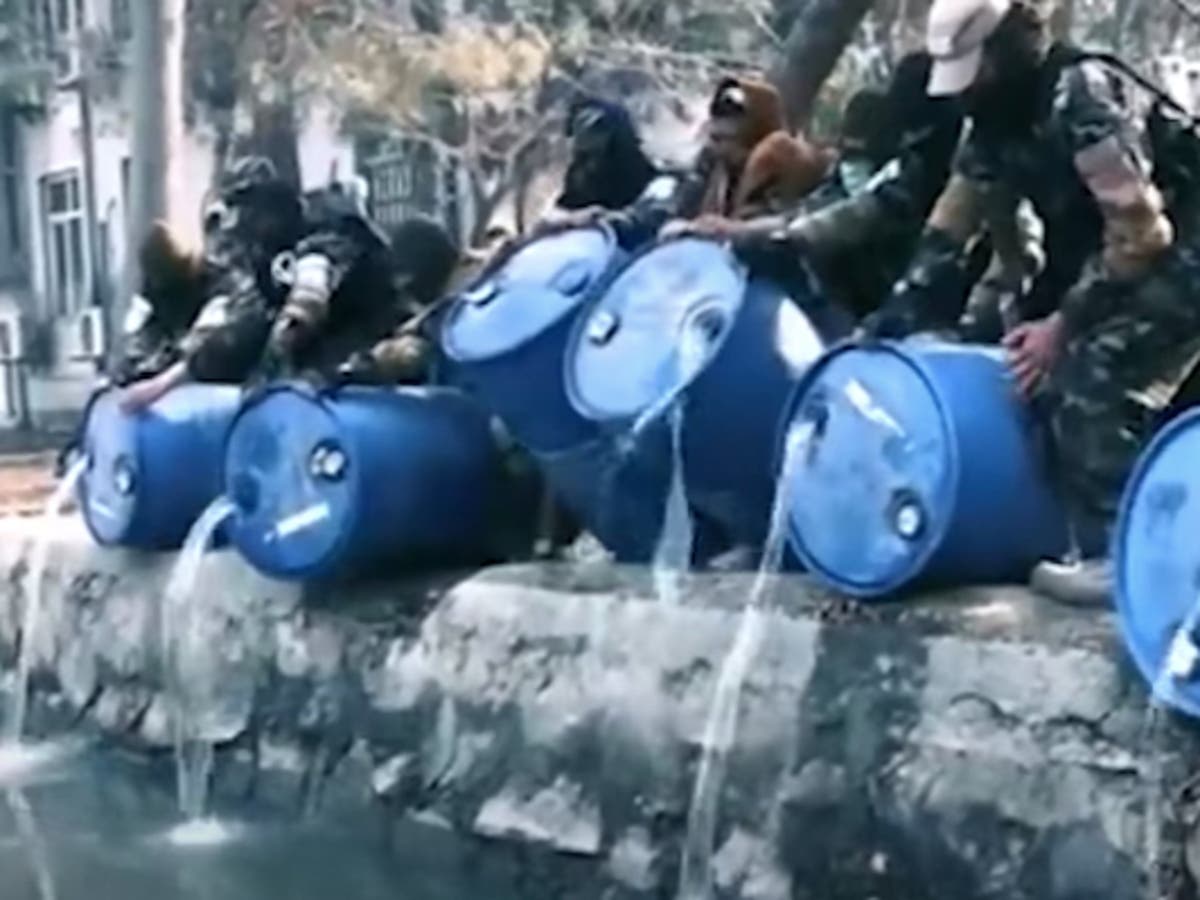 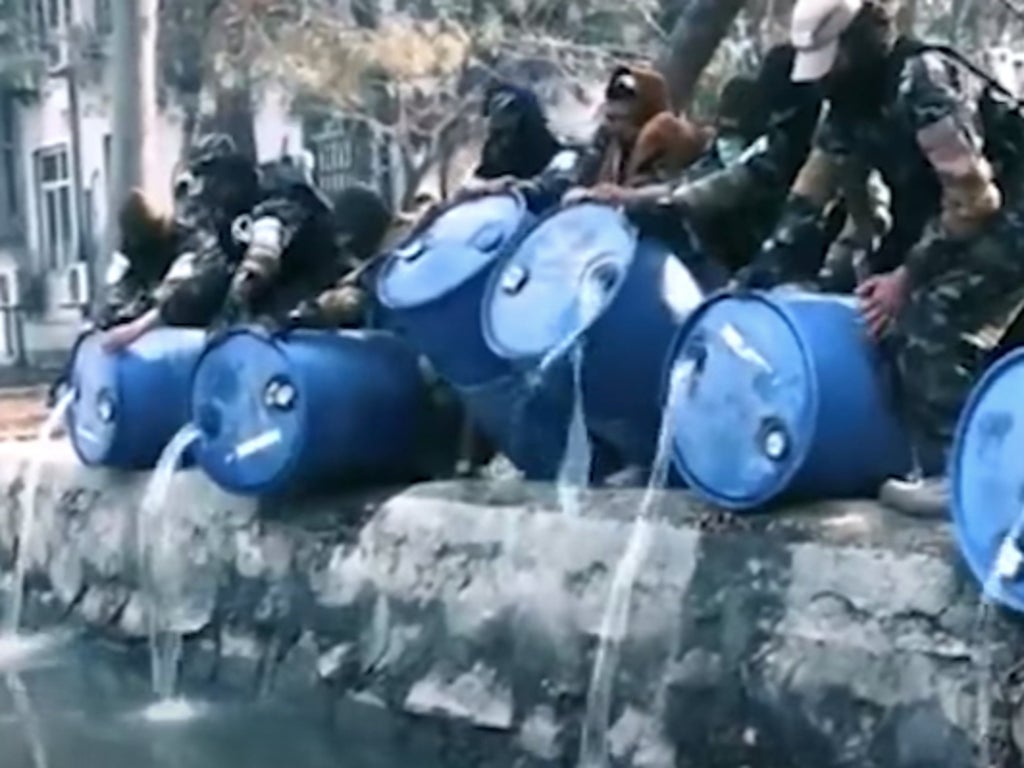 Some 3,000 litres of alcohol seized from three dealers in Kabul, Afghanistan, were thrown in a canal by the country’s intelligence agents.

The General Directorate of Intelligence (GDI) tweeted: “A special operational unit… arrested three liquor dealers in the Kart-e-Char area of Kabul with about 3,000 litres of alcohol, according to a series of credible intelligence reports.”

The GDI added: “The seized liquor was destroyed and the liquor sellers were handed over to the judiciary.”

The video released by the GDI showed its agents draining barrels in a canal.

The video also showed the arrested dealers in handcuffs with a team of special agents keeping guard over a row of blue-coloured barrels containing alcohol.

A religious leader who was identified as Sheikh Zahoorullah said in the video that “Muslims have to seriously abstain from making and delivering alcohol”.

Drinking alcohol is prohibited in Islam. And even under the previous Western-backed regime, selling or consumption of liquor were banned.

It was reported that the raids on alcohol dealers and drug addicts have increased in Afghanistan since the Taliban took over the country in August last year.

Hundreds of thousands of people fled the country after the Taliban forces took over Kabul and thousands were left behind.

The women’s rights movement in the country has suffered a massive blow after the Taliban came to power. Thousands of young girls have been devoid of their right to an education and many women have been asked to quit their jobs and stay home.