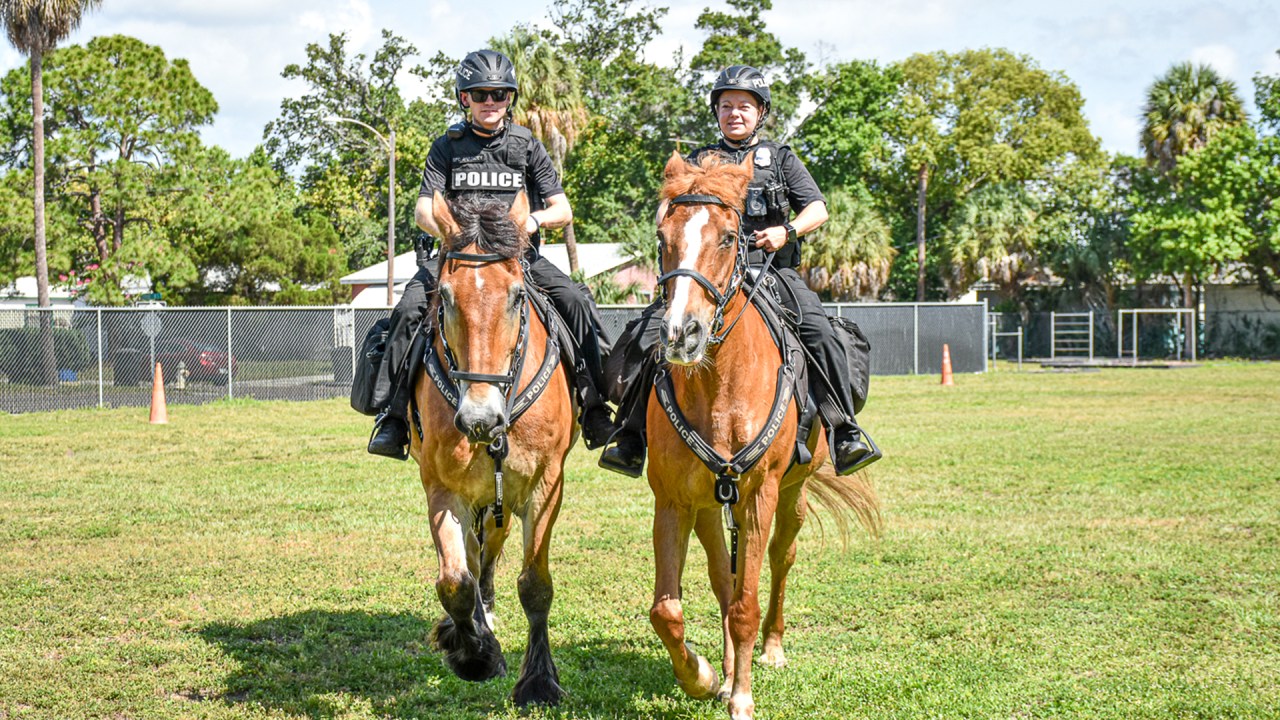 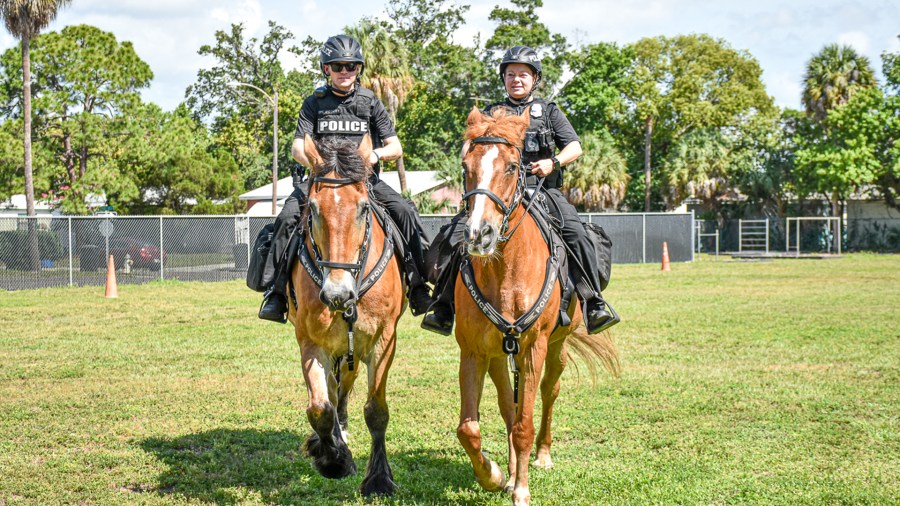 Perkins Elementary submitted the profitable names for the horses within the division’s Mounted Police Unit in a naming contest.

Six basic colleges within the town took section within the contest and just about 70 names have been submitted.

St. Petersburg police mentioned Hero is an 11-year-old Brabant breed from Tennessee. He weighs greater than 1600 lbs and continues to be rising. Storm is a 7-year-old Belgium Draft Cross breed from Pennsylvania that weighs 1300 lbs.

Officers Yancey and McWade of the Mounted Police Unit are taking the horses via intense coaching to get them used to patrolling in crowded and noisy prerequisites, in addition to along site visitors.

Hero and Storm will exchange veteran patrol horses Brooklyn and Jacob, which might be set to retire at a North Carolina farm.