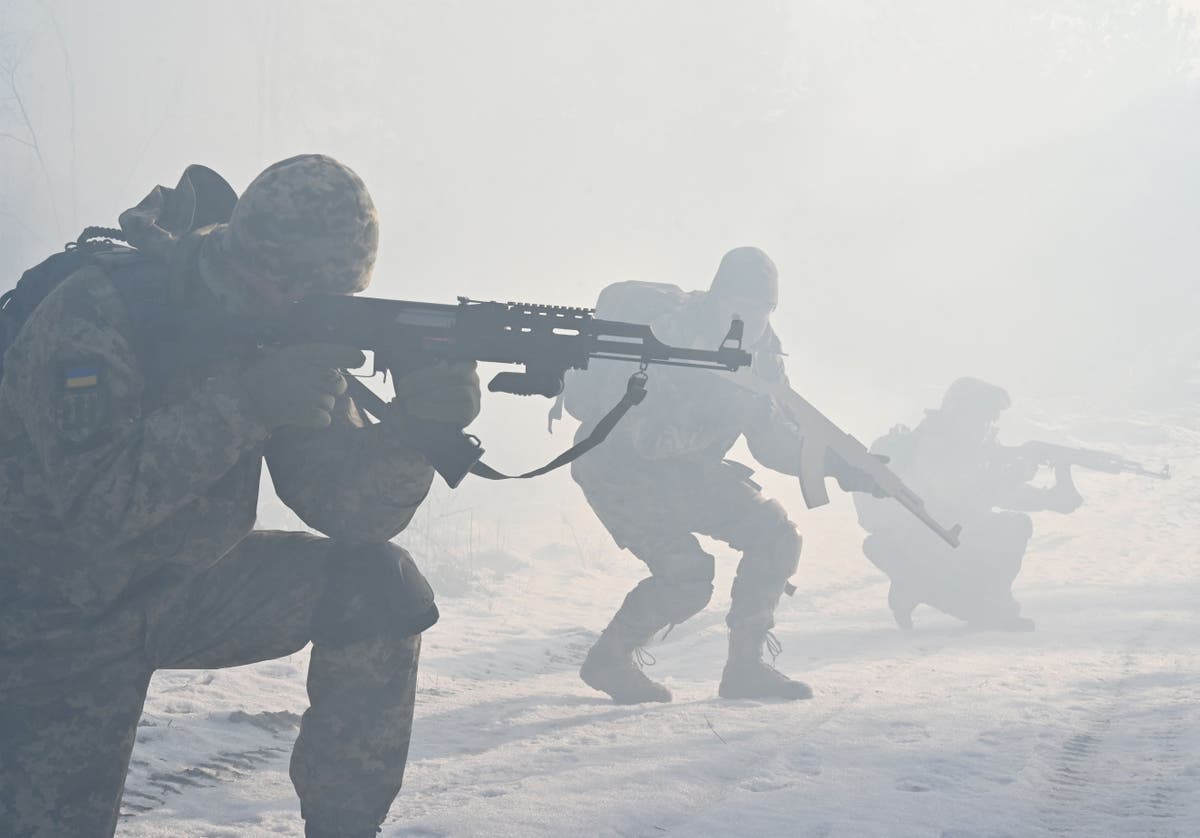 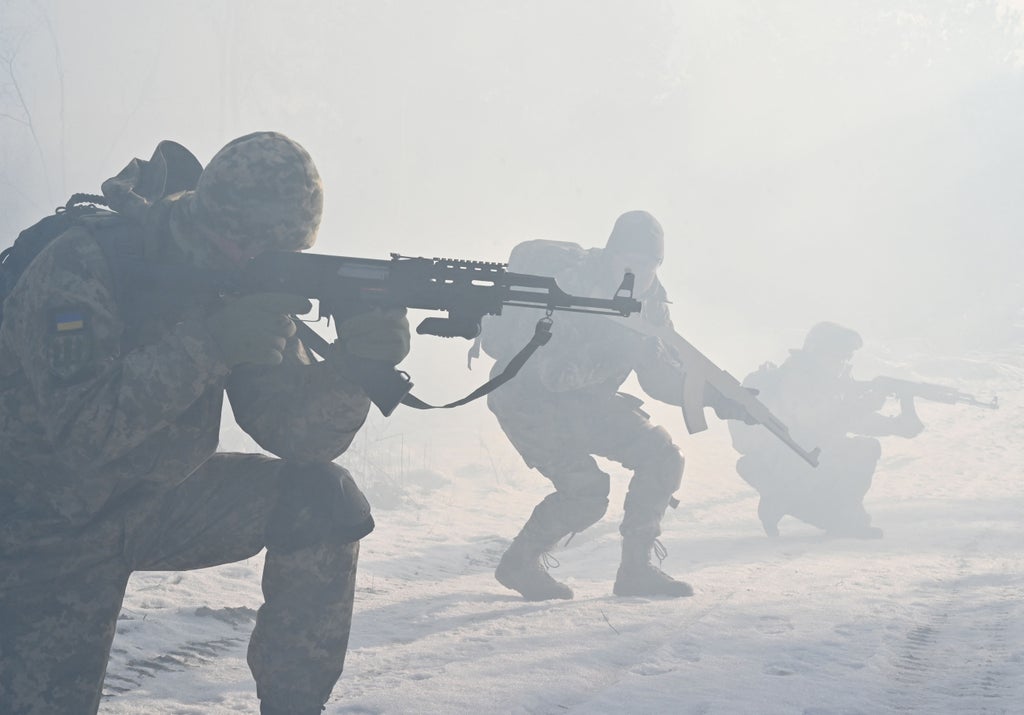 If it seems like the world is becoming more dangerous, that’s because it is. There are now more armed conflicts brewing in more places around the world than at any time since World War II, according to the Uppsala Conflict Data Programme.

The number of people driven from their homes  by war, deprivation or political chaos stands at 84 million worldwide, double the number of a decade ago. And according to the United Nations, 274 million people will be in need of humanitarian aid in 2022, more than four times the number a decade ago.

Add to this the devastating and continuing economic and public health impact of the two-year worldwide pandemic, the escalating fallout of climate change, and the rise of toxic, chauvinistic nationalism, and it’s little wonder that dangerous hotspots and potential crises around the world are rapidly increasing in number and scale.

In places like Syria, Yemen, and the Sahel region of Africa, civilians are caught in the crossfire, and even good Samaritans working for aid agencies devoted to helping ordinary people are regularly targeted.

“It’s not just that things are getting uglier,” says George Readings, the global crisis analyst at International Rescue Committee, a private aid organisation. “It’s that something has broken. This is not some organic growth; this is something fundamentally wrong.”

In a better, alternate version of 2022, an examination of global hotspots around the world would focus on investment and travel. Places like Taiwan, Ukraine and Iran are rich in history, talent and natural splendours, attractive destinations for holidays or locating startups.

But even the global pandemic, which appears to be surging again with new Delta and Omicron variants, has not cooled the flames of conflict, or slowed down long-simmering patterns eroding the world order.

“The Covid-19 pandemic was about survival, and what people do to survive is they become tribal and retreat back into what they know at the lowest common denominator, whether ethnic, national, political,” says Colin Clarke, a global affairs analyst and security expert at the Soufan Centre, a Washington consultancy. “The pandemic has been massively detrimental to international cooperation.”

Across the world, dangers have proliferated, and the threat of political instability menacing nations that were once deemed stable, and a global system incapable or unwilling to address crises.

“A weak geopolitical order raises the risk of failed states, weak rule of international law and norms, and renewed tensions in regional flashpoints,” the consultancy Control Risks said in a report on the coming year.

Here is a list of potentially catastrophic global hotspots to watch out for in 2022.

Taiwan: The independent island nation has long been in the sights of mainland China, and most prognosticators doubt that Beijing would attempt to seize control of it by force, using its massive armed forces. More likely, it will be a years-long attempt to win influence and dismay sceptics. But recent rhetoric out of China has alarmed many. Chinese officials worry that they’re not prepared for a potential conflict with the US because they haven’t had as much experience fighting little wars. Despite the threat of sanctions and even defeat, Chinese President Xi Jinping may believe taking Taiwan and its riches is a worthy gamble. ”The short-term risk of an armed confrontation over Taiwan is low,” says Ali Wyne, of the Eurasia Group. But the potential fallout of any conflict would be devastating for the world, making it one of the most crucial places to watch. “Just the sheer potential for conflict there—the consequences are enormous,” says Clarke.

Iran: Whether or not world powers manage to restore the faltering 2015 nuclear deal, troubles are brewing in the Persian Gulf. The Joint Comprehensive Plan of Action (JCPOA) that put restraints on Tehran’s nuclear programme in exchange for sanctions relief, and was meant to launch a new era of diplomacy with Iran. But Donald Trump famously ripped up the deal, and now sanctions have increased, the nuclear programme steadily escalates and threats between Israel and Iran are reaching a boiling point. A missile or aerial assault by Israel on Iran’s nuclear programme could have widespread impact. The hardline administration of President Ebrahim Raisi is dominated by blustery Revolutionary Guard commanders who would have few qualms about drawing pro-Iranian allies in Lebanon, Syria and even Iraq into the mix, which could then prompt the US enter the picture and potentially even draw in European and Middle East allies. “Tehran would also  likely lash out across the Middle East,” the Crisis Group said in a report identifying conflicts to watch in 2022. “Nascent efforts at de-escalation between Iran and Persian Gulf monarchies may help lower risks, but Iraq, Lebanon, and Syria would all be in the crossfire.

North Korea: 2022 could be the year that the simmering dynamics over the Korean peninsula finally come to a head, with either war or the possible economic collapse of North Korea. In either case, the consequences could be catastrophic, with missiles raining down on Seoul or a major humanitarian disaster. Clarke likens North Korea to a “gray rhino,” in reference to Michele Wucker’s best-selling book about a “highly probable, high impact yet neglected threat.” Pyongyang continues to menace both South Korea and Japan, and ramp up its weapons programmes. Yet world leaders seem to have thrown up their arms in frustration; even China—Supreme Leader Kim Jong-un’s sole patron—appears flummoxed. And unlike in previous years there’s very little diplomatic energy spent on the problem.

Ukraine: For more than seven years, Russian President Vladimir Putin has been content to engage in so-called “gray zone” manoeuvres to pursue his ambitions in Ukraine, which Moscow perceives as part of its historic sphere of influence. But as Kyiv inches closer to Nato, obtaining advanced drones from Turkey that have tipped the military balance in Ukraine’s favour, Putin appears to be scrambling to change up his strategy. With mid-term elections consuming much of Washington’s attention, 2022 could be the year Putin decides to go for it. Meanwhile rightwing extremists are flooding into both eastern and western Ukraine to bolster both sides. Ukrainians could overstep if they think the US and Nato have their back. Putin could try to test Biden. On the other hand, unlike some hotspots, Ukraine is drawing a lot of international attention. “The flurry of diplomatic activity does not eliminate risk, but creates some breathing room for de-escalation to head off armed confrontation,” says Wyne.

Afghanistan: While it has now settled into a period of political stability under the Taliban, Afghanistan will likely soon again be a major source of major grief. While a lack of all-out warfare has knocked Afghanistan from the headlines,  millions of Afghans, including several million children, are suffering a shortage of food. Expect major movements of refugees fleeing the country, and burdening its neighbours. The Taliban’s victory has also emboldened other jihadi groups in south Asia, feeding into the tensions between Pakistan and India, both nuclear powers. “How much restraint would you expect from India after the next spectacular terror attack?” says Clarke. Even Wyne, a self-described optimist, warns that the humanitarian situation is deteriorating very rapidly in Afghanistan “It’s going to be a source of instability,” he says.

Horn of Africa: It seems only some months ago that Ethiopia, Sudan, Somalia, and the rest of eastern Africa had turned a corner, and were heading toward an era of relative peace and potential prosperity. But that’s all gone now. War and political instability have ravaged the entire Horn, creating humanitarian disasters exacerbated by a lack of rainfall. “It’s a deeply concerning situation,” says Readings. “We’re seeing rising conflict. We’re seeing international interference and the other major factor is drought.” What’s more, the crises are interconnected, drought in one one region sparks an exodus to another which triggers armed conflict in another. “More war would spell more disaster,” the Crisis Group report said. “Fighting has already killed tens of thousands of people and uprooted millions of Ethiopians from their homes.”

Libya: With elections scheduled last month postponed indefinitely and armed groups all over the country mobilised, Libya remains on edge. Full of considerable oil wealth to plunder and flooded with weaponry, a reignition of the civil war is highly possible, and would impact not just north Africa but southern Europe, where those escaping war in Africa flee. Ironically the best case scenario for Libya is to just freeze things where they are. That means that the current interim Prime Minister Hamid Dbeibah, who was selected during a UN-backed process in a Geneva warehouse earlier this year, would stay put. “Given the malaise in Tripoli, there is a risk of relapse in war. That can’t be ruled out,” says Jalel Harchaoui, a north Africa expert.

But there’s another scenario to bear in mind for 2022. Dabaiba may manage to carry on behaving the way he has over the last eight months and continue to appease his enemies by sharing the money and other privileges.”

United States: Few could imagine the America of 2015 on a list that includes some of the worst conflict zones in the world. But after the events of the last five years, few would now be shocked. Political polarisation has reached peak levels, and American righwing politicians use thinly coded language calling for civil war, and the assassination of rivals. Elected officials post photos of themselves and their very young children holding assault rifles. Armed eruptions by rightwing gunmen radicalised on the internet have become regular events. “If you were to strip the name away and just look at the indicators—guns, political volatility—we’re Yemen,” says Clarke. “I think we’re in a tinderbox.” Readings warns that the same failures of governance that have driven violence in places like Burkina Faso or Colombia are taking hold in places like the US or even the UK. They include failures to engage diplomatic or political dialogue, uphold international norms, and meet  minimum humanitarian needs. “Those drivers are universal,” he says. “They are not unique to the afflicted countries.”