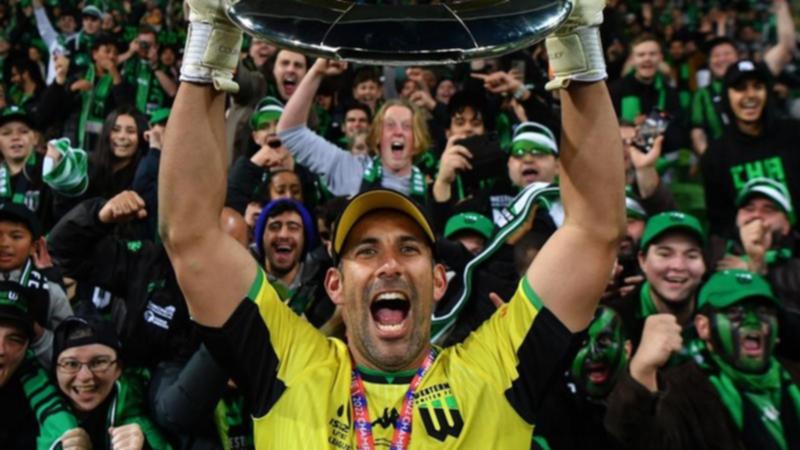 * THE STORY: Melbourne City have been aiming to transform the primary staff to finish back-to-back ALM premiership-championship doubles whilst United have been eyeing their first championship of their first season below John Aloisi. United took the lead in the second one minute when Nuno Reis headed into his personal web and added a 2d by way of Aleksandar Prijovic within the thirtieth.

* THE MOMENT: United snatched their 2d objective and put a dagger thru City’s middle at the 30 minutes mark. Connor Pain’s shot was once blocked through Reis and the ball rebounded off Pain’s face, took a slightly off Connor Metcalfe and skidded into the trail of Prijovic, who coolly completed. The objective was once at the start chalked off however after a snappy assessment with VAR Kris Griffiths-Jones, referee Chris Beath awarded it.

* THE STAR: Prijovic sponsored up his surprising semi-final efficiency with a grand last to bear in mind, claiming the Joe Marston Medal. Prijovic’s aerial power pressured Reis’ personal objective whilst the striker were given in the fitting position on the proper time for United’s 2d and was once a point of interest all evening.

* THE QUOTE: “I love youse all, you bunch of absolute f***ing legends” – United stand-in skipper Josh Risdon addressing his United teammates at the podium.

City defender Carl Jenkinson was once arguably fortunate to not see purple simply ahead of halftime. He squared as much as Pain within the forty fourth minute and looked as if it would headbutt the United winger however did not face any on-field penalties. He was once substituted at halftime.