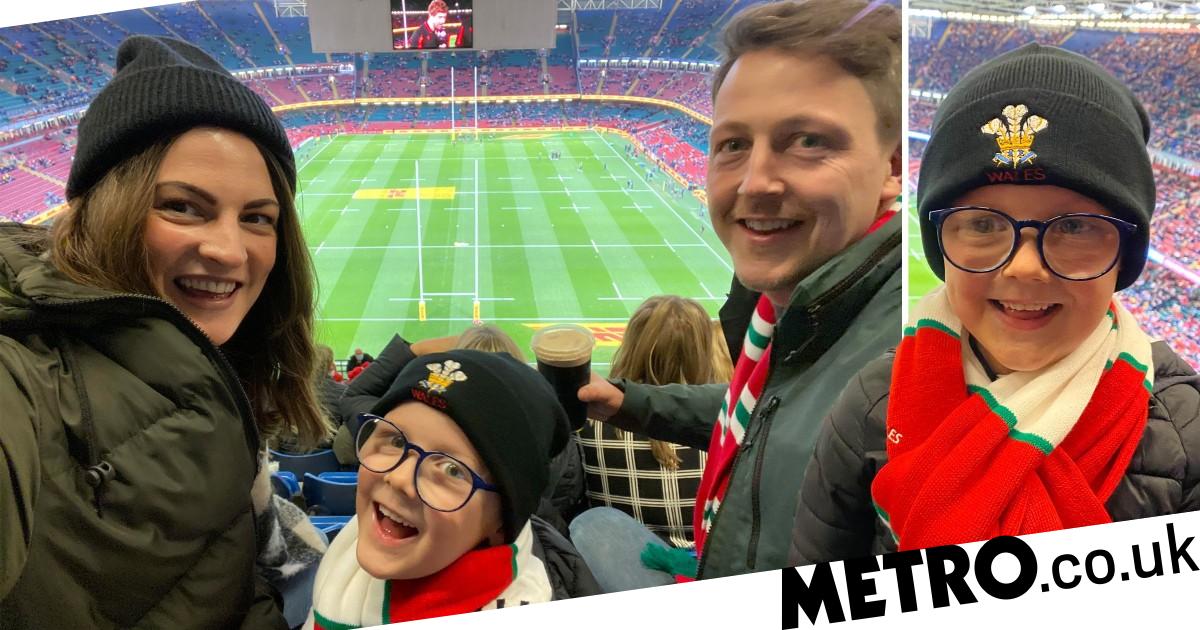 A six-year-old boy was left in ‘floods of tears’ at his first ever rugby match after being vomited on by a drunk fan during Wales’ dramatic win over Australia on Saturday.

It should have been a day to remember for Joey Delaney, who was ‘so excited’ to see Wales play for the first time, but instead his outing was soured when the youngster and his parents were all thrown up on by an intoxicated fan.

Joey’s mother, Sophie, said there was vomit everywhere and the fan had been so drunk he ‘did not say a word afterwards’ and was entirely oblivious to what he had done.

The fan, who was ‘slumped over his seat’, had already spilled his drink on Joey earlier on in the match and Mrs Delaney and her husband had considered leaving early.

‘It was really hard because it was apparent he was asking to leave but I thought if we leave now, that’s going to be the feeling that we are left with,’ she told BBC Radio Wales.

‘I didn’t want to have that as our last memory. I was really fighting back tears because he was so upset, I was upset, my husband was upset, and a little bit angry, and I was holding them back to make sure he was alright.’

Somewhat surprisingly the drunk fan was not removed from the stadium, though other supporters rallied together after the incident – offering tissues and anti-bacterial gel to clean up the mess – while the family were eventually moved to new seats.

‘A man came over and knelt down on his [Joey’s] level and wanted to give him his Wales shirt… the reaction was really heart-warming,’ Mrs Delaney added.

Despite being thrown up on, Joey is still keen to attend more matches after watching Rhys Priestland’s last-gasp match-winning penalty.

‘Joey has been amazing, yesterday he didn’t even mention it – all he talked about all day was the positives,’ Mrs Delaney said. ‘So the experience as a whole was amazing and he’s excited to go again.’

The Welsh Rugby Union said they were ‘sorry to hear about the family’s experience’ and insist most fans at the stadium behave responsibly, though they will be in contact with Mrs Delaney after reviewing the steward’s report.