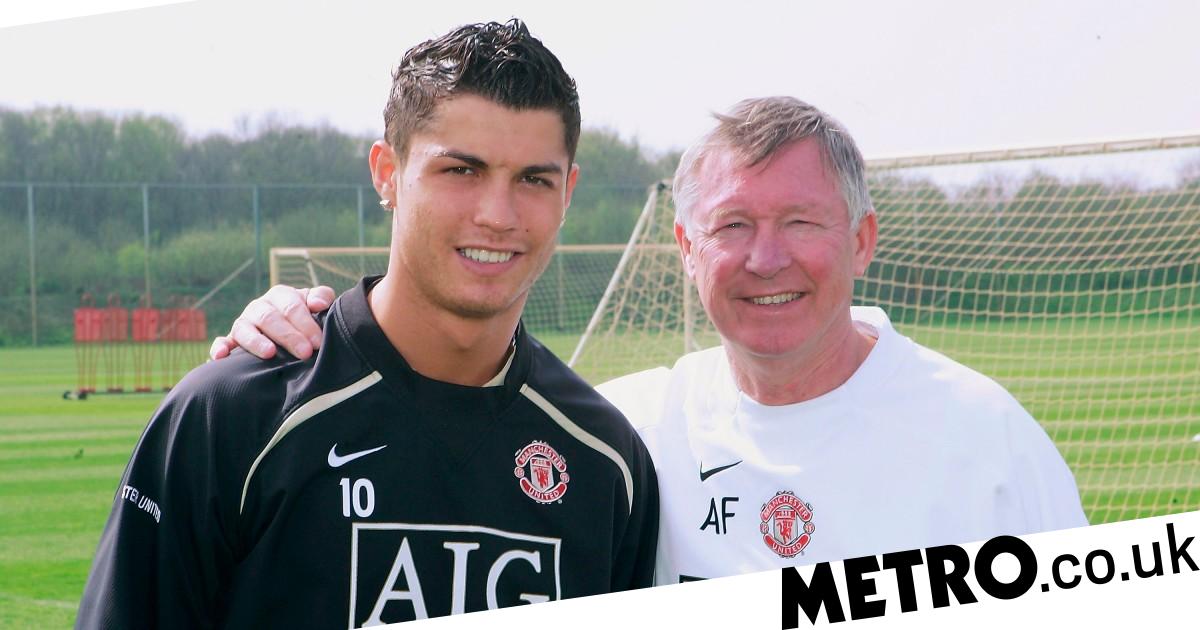 The five-time Ballon d’Or winner joined United from Sporting Lisbon as an 18-year-old in 2003 after previously wowing the Scot in a friendly.

Ronaldo made his debut as a substitute in a 4–0 home win over Bolton in the Premier League on the opening day of the season as he came on for Nicky Butt.

Ferguson was keen to ease the teenager into Premier League football but admits his display against Bolton left fans wanting more and left him debating whether he should bench him again the following week.

‘With any boy coming from another country, at 18 I think he was the youngest that we ever did that with,’ he said.

‘So with Cristiano, his mother stayed for quite a bit. I think having a family when you make a move like that, coming to another country, is really important.

‘I know that his mother was used to the move they made from Madeira over to Lisbon when he was a young kid. But coming to another country where the language is different, it’s a big step for a young person. I think the club did really well.

‘I’ll always remember that when we had the discussion, I think what I wanted to impress upon his agent, in particular, was that he won’t play every game, but if he’s so good I can’t stop him. You always play your best players.

‘For the opening game of the season he was a substitute, came on and was absolutely fantastic. The crowd was magnificent. The crowd loved it.

‘Here we had a situation. Do I play him the next game? Or do I put him back on the bench? That’s a big problem, that.’

Ronaldo did start the next game on the bench against Newcastle and had to wait another eight matches before he netted his first goal for the Red Devils in a 3-0 win over Newcastle.

He went on to win three Premier League titles and the Champions League under Ferguson before joining Real Madrid in 2009.