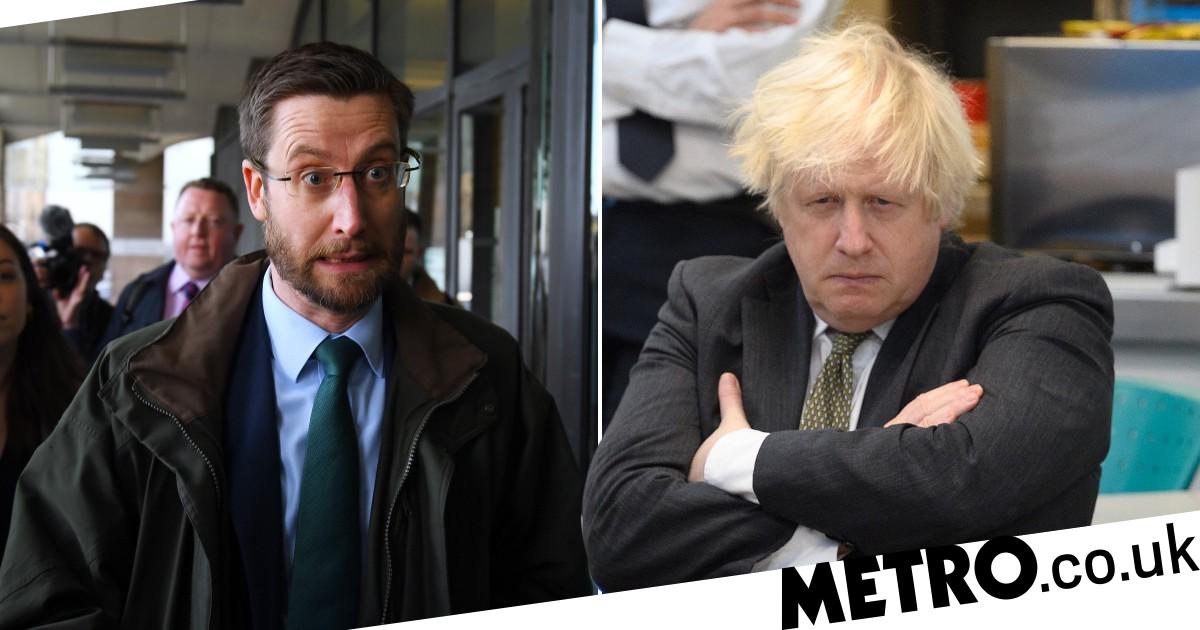 Cabinet Secretary Simon Case has ‘recused himself’ from leading an
investigation into alleged parties held across Whitehall during lockdown.

Boris Johnson was under increasing pressure to drop him following claims that gatherings were held last year in his own department – against Covid restrictions.

No 10 spokesperson said: ‘To ensure the ongoing investigation retains public confidence the Cabinet Secretary has recused himself for the remainder of the process.

‘The work will be concluded by Sue Gray, second permanent secretary at the Department for Levelling Up, Housing and Communities.

‘She will ascertain the facts and present her findings to the Prime Minister.’

It’s only been nine days since Mr Case was appointed by Johnson to investigate alleged parties held in Downing Street and the Department for Education in November and December 2020.

The investigation was announced after a video was leaked showing No 10 staff joking and laughing about a supposed Downing Street party.

It was confirmed the scope could be widened to other alleged parties if Mr Case thought it necessary.

But his credibility was called into question following reports there were two parties held in the Cabinet Office in December 2020.

But following reports there were two parties held in the Cabinet Office in December 2020.

Around 15 people are said to have been invited to one event, and at least one involved drinking and music, Guido Fawkes reports.

The site was told by a source that Mr Case did not attend, but allegedly stuck ‘his head into the room to call staff out at various points during the party’.

One of the parties was held on December 17 – the day before the alleged Christmas party at Downing Street at the centre of the saga, the Times reports.

The newspaper said the event was listed in digital calendars as ‘Christmas party!’ and organised by a private secretary in Mr Case’s team.

A joint investigation by Politico and The Independent claimed Mr Case shared drinks with between 15 and 20 staff at his office and in the waiting room outside the Cabinet Office.

This evening, a Cabinet Office spokesperson said: ‘Staff in the Cabinet Secretary’s private office took part in a virtual quiz on December 17 2020.

‘A small number of them, who had been working in the office throughout the pandemic and on duty that day, took part from their desks, while the rest of the team were virtual.

‘The Cabinet Secretary played no part in the event, but walked through the team’s office on the way to his own office.

‘No outside guests or other staff were invited or present. This lasted for an hour and drinks and snacks were bought by those attending. He also spoke briefly to staff in the office before leaving.’

After Mr Case was tasked with the investigation earlier this month, the Prime Minister’s press secretary insisted that ‘due diligence has been followed’ when asked if the Cabinet Secretary had attended the Downing Street party at the centre of the saga.

While Cabinet Office minister Michael Ellis had told the Commons that Mr Case ‘was not at any relevant gathering’.

Labour’s deputy leader Angela Rayner said: ‘With each revelation, there is more evidence of a culture of turning a blind eye to the rules.

‘Labour made it clear the person leading the investigation should be uncompromised, free to make an independent judgment.’