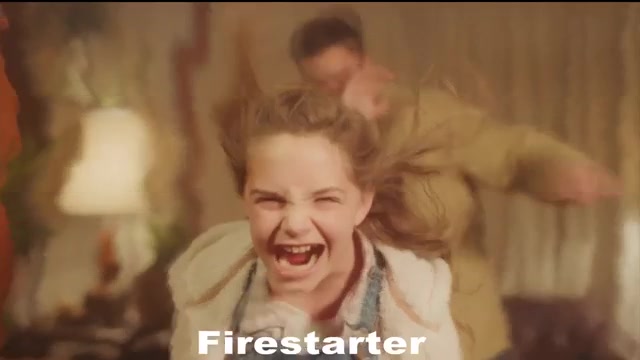 There’s a contemporary batch of films out this week, they usually’re steaming scorching. There’s a film based totally a on tale that sounds too loopy to be true, and two are remakes of vintage hits. Time to try this week’s Showtime.

Shannon McDonough (as Mrs. Livesy): “Please, I can help you!”

Things are heating up in “Firestarter.” Zac Efron stars on this Stephen King tale.

People are after a tender woman ’motive she will be able to get started fires together with her thoughts. Her dad, performed via Zac, will do the rest to give protection to her.

“Firestarter” is a remake of a success 1984 movie, and it’s simply as scorching as ever.

Colin Firth (as Ewen Montagu): “We have to convince Germany that our target is Greece. The plan begins in Spain, where a corpse will wash up on shore carrying classified letters.”

Dead males inform no lies, however in “Operation Mincemeat,” they’re used to throw off the Nazis.

The film is according to a real tale. During World War II, the British attempted to faux out Hitler via the use of a useless frame wearing dangerous intel.

Sounds bizarre, but it surely labored. It used to be as much as a British commander, performed via Colin Firth, to ensure the plan went off with no hitch.

Ashley Benson will get blended up with the improper man in “Private Property.” She performs a bored housewife who begins hooking up together with her gardener.

But the garden man has a dismal facet. The movie is a contemporary remake of a 1960 film.

Rebel Wilson (as Stephanie): “I think there’s been a mistake, and I’ve been put in the wrong room.”

Lauren Halperin (as Nurse): “Dr. Jensen to the third floor. The cheerleader just woke up.”

Let’s listen it for Rebel Wilson and her film “Senior Year.”

Wilson is a former highschool cheerleader who’s been in a coma for twenty years. She wakes up, and he or she in truth needs to make up for misplaced time.

So she heads again to highschool to get the promenade queen name she ignored out on twenty years in the past.

Rebel Wilson (as Stephanie): “I’m going to do something I wish I had the confidence to do 20 years ago: being my real self.”

Copyright 2022 Sunbeam Television Corp. All rights reserved. This subject material will not be printed, broadcast, rewritten or redistributed.