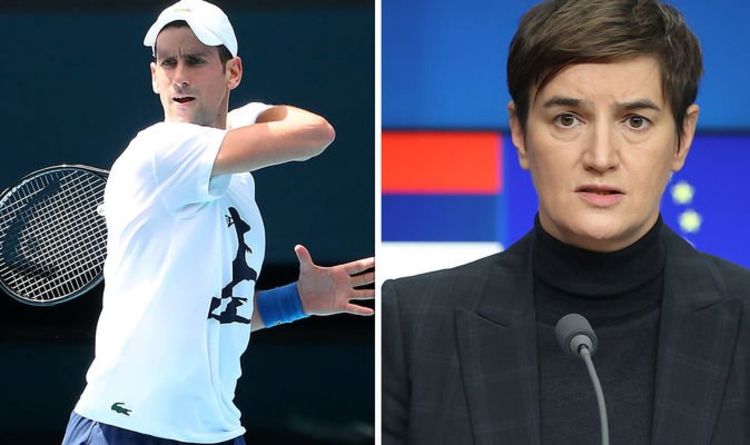 Serbian Prime Minister Ana Brnabic has warned she will “deal with” Novak Djokovic if it is proved true that he attended a Belgrade Tennis Association event without wearing a mask one day after testing positive for Covid.

The Australian immigration minister has launched an investigation into whether Djokovic should be deported and have his visa cancelled for a second time.

Djokovic, a known anti-vaxxer, had received a medical exemption to enter Australia without being double jabbed.

His visa was revoked by Border Force authorities but that decision was overturned in the courts on Monday.

Djokovic is training at Melbourne Park in anticipation for the Australian Open, which commences on January 17.

The world No 1 reportedly secured his medical exemption because he tested positive for Covid on December 16.

However, he was photoed maskless at a tennis event in Belgrade one day later.

The Serbian PM backed Djokovic in his battle with the Australian authorities but warned she will take action if he had ‘violated the rules’ on Serbian soil.

“I don’t know when he received the test result, when he read it,” Brnabic said.

The details of Djokovic’s positive Covid test were uploaded onto Australia’s court website which has drawn big criticism from Brnabic.

The PM added: “I hope that final decision will be announced soon.

“Uncertainty is not good for any of the stakeholders, neither Djokovic nor the Australian Open.”

The Australian immigration minister has the power to personally cancel Djokovic’s visa if he feels it is necessary.

That could result in the 20-time Grand Slam winner being banned from the country for three years.