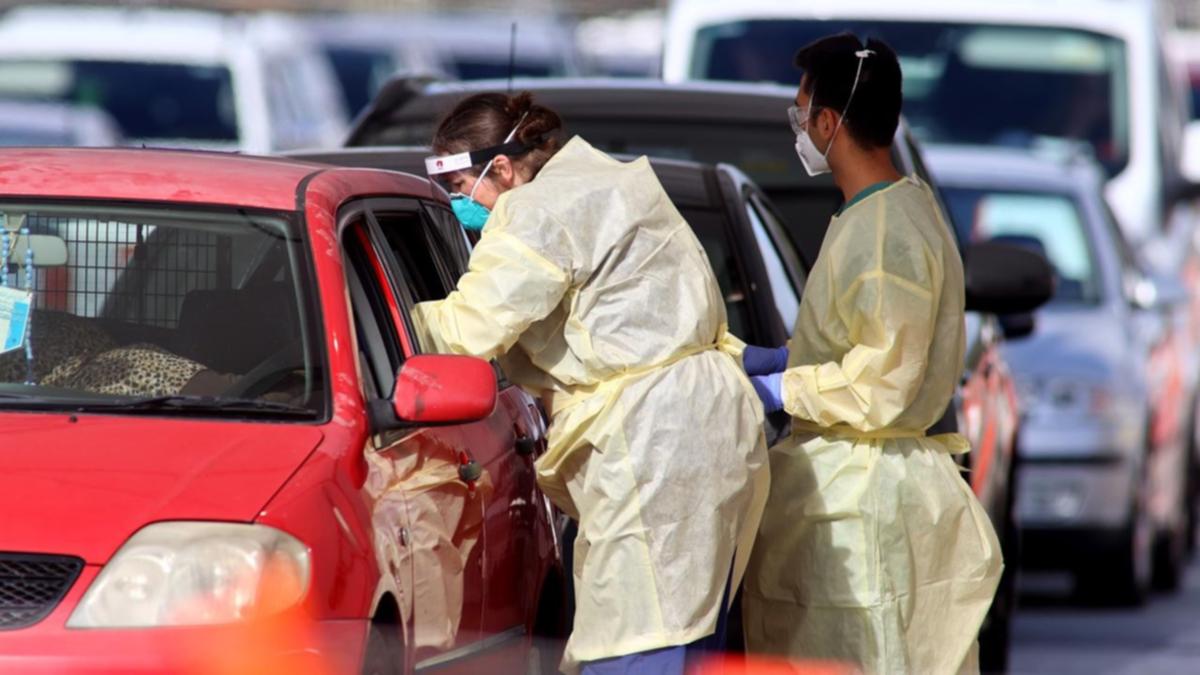 On Friday the state recorded 64 cases, a brief all-time high for the state’s daily case total that was eclipsed within 24 hours.

The first case of the outbreak was reported on November 24, and since then there have been 293 more cases recorded.

Prior to the outbreak South Australia had recorded less than a thousand cases throughout the entire pandemic, and now has a total of 1216.

The new cases include 11 children and two teenagers along with 60 adults aged between 18 and 74.

One acquired their infection overseas and 29 others from known positive cases in South Australia.

Two became infected interstate, four caught coronavirus in South Australia but authorities don’t know where or who from, and 37 other cases are still being investigated.

Two men, one in his 30s, the other his 60s, are in the Royal Adelaide Hospital.

The state announced on Friday it would relax restrictions, removing density restrictions and expanding capacity for indoor venues as well as gyms and nightclubs when the state reaches 90 per cent full vaccination rates, expected on December 28.

Close to 20,000 South Australians came forward for testing on Friday.

The Elizabeth South COVID-19 drive-through testing site will be extending opening hours to 8am-11pm, seven days a week, to give more people a chance to get tested.

There are also a number of close contact exposure sites in restaurants, cafes and gyms in Adelaide, Eastwood, Magill, Prospect, Stepney, and Windsor Gardens.