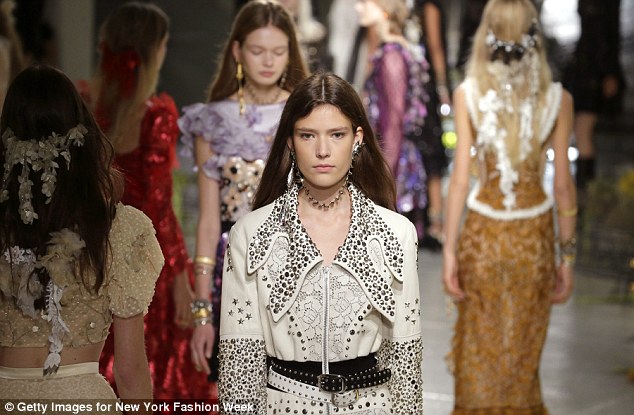 It was wild and whimsical at the Rodarte 2017 Summer Spring Collection presented by designers Kate and Laura Mulleavy.

The inspiration for the collection came from the 1973 Spanish film “The Spirit of the beehive “ and their love for Janis Joplin after watching the documentary Janis Joplin ‘Little Girl Blue’.

Inspiration: Bees, Janis Joplin and the film “The Spirit of the Bees”

The film revolves around two sisters from a small village in Spain whose father has a beehive on their property which inspired the Rodarte sisters to grow sunflowers over the summer to attract bees to their home.

‘When you’re making a collection its always so different and this one was more organic. Bees played a huge part in collection as most of the dressed are lined with a geometric honey comb pattern using pollen texture in the materials’ said the sisters. 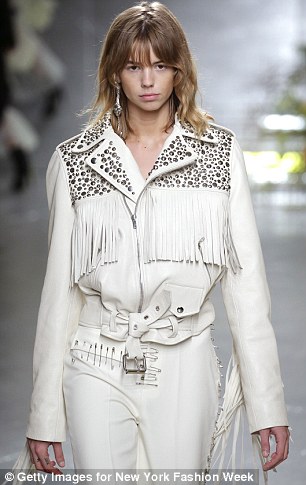 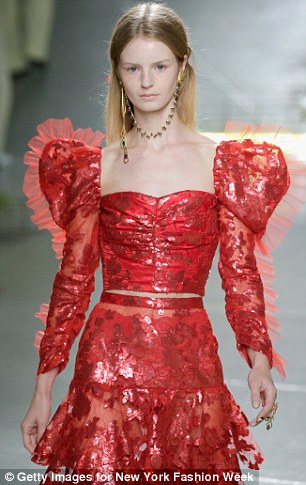 Superb: Leather, lace and fringing are details in the collection

Infusing metal studding and ruffled shoulders into the collection, the sisters changed up the style crafting rock n roll tasseled leather biker jackets mixed in with their signature romantic flow. 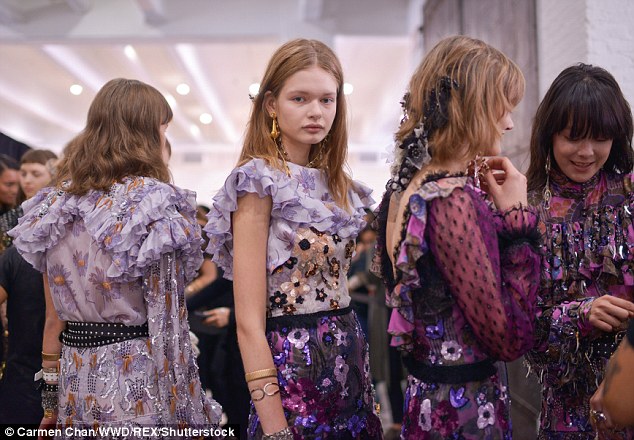 Buzz Worthy: The collection will be a hit among their fans staying true to their style

Rodarte has shown the most creativity when it comes to the hair accessories and will surely be a trend this season on the red carpet.

The hair stylists used left over material from the dresses in the collection and accessorized the floral print, silk, chiffon and lace into headbands and barettes. 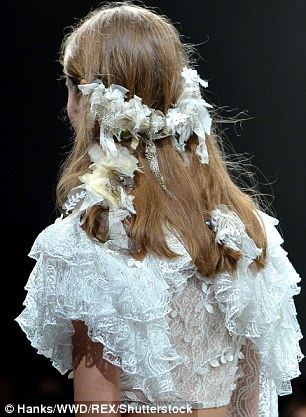 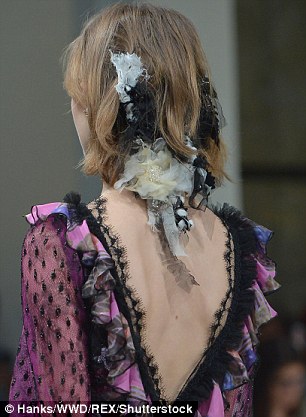 Accessories: Left over material from the dresses were styled to make headbands

The designers have also turned their hand to directing and were mum on the details but so fat it is known that actress Kirsten Dunst, a longtime friend and fan will star in their film ‘”Woodshock”.

However, the two are not complete strangers to the film business, as they were costume designers on 2010’s Black Swan, for which Natalie Portman won an Oscar for best performance by an actress in a leading role. 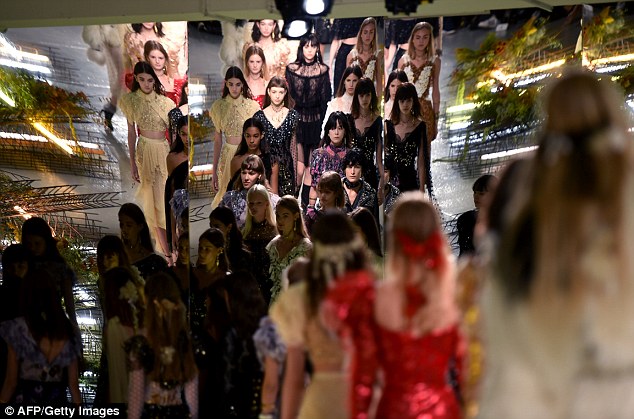 The Final look: Models showcase the presentation in the final walk 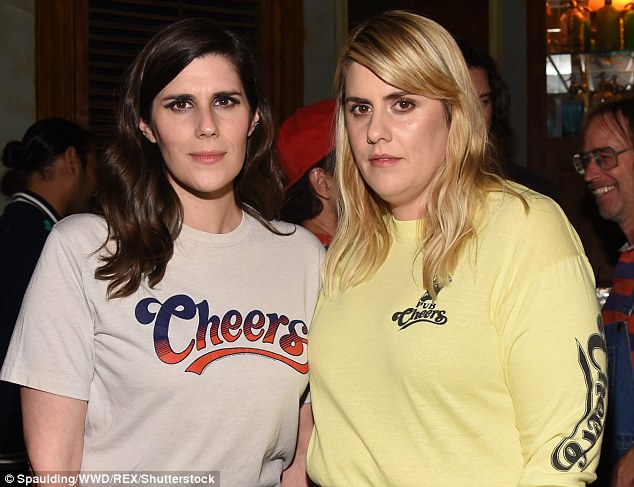 Party time: Laura Mulleavy and Kate Mulleavy Rodarte at the after party at the Jane Hotel