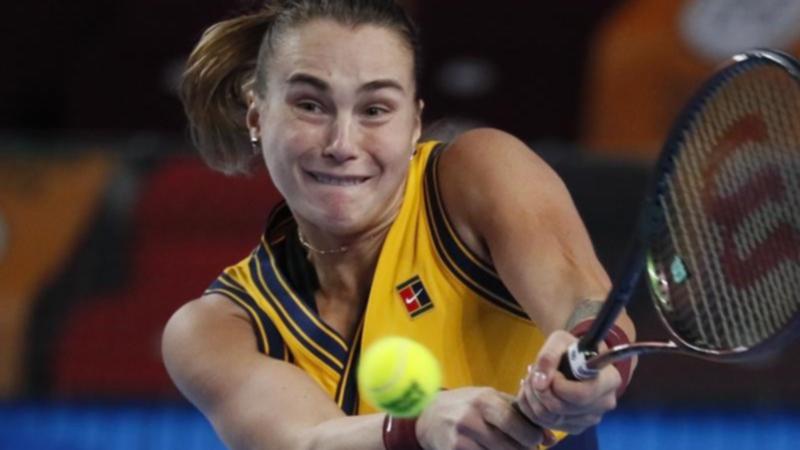 Aryna Sabalenka is trying not to think about Ash Barty’s “crazy” home support should the world’s top-two meet in this month’s Australian Open final.

Top-ranked Barty and Sabalenka, from Belarus, will begin the year as No.1 and No. 2 respectively with a fast-building rivalry featuring a 4-4 head-to-head record.

The pair met twice in finals last year, splitting them, while Barty beat the hard-hitting European in a tight three-setter at the 2018 Australian Open.

A two-time grand slam semi-finalist, Sabalenka is dreaming of a major of her own this year and knows she may have to go through the hometown hero to do it at Melbourne Park.

“I played against her in Melbourne once and it was really tough,” the 23-year-old said ahead of this week’s Adelaide International, where Barty will also play.

“But if it’s going to happen, whatever. I don’t care (because I’ll be) in the final, I don’t want to think about people supporting her.”

Their past three matches have gone the distance, Barty’s craft and Sabalenka’s fire providing a contrasting match-up that ticks most boxes.

“She’s a great player, she can do everything on court and that’s why she’s No.1,” Sabalenka said.

“I always like to play matches against her, always great battles, huge fights.

Barty and Sabalenka have first-round byes in Adelaide and are likely to begin their campaigns on Wednesday.