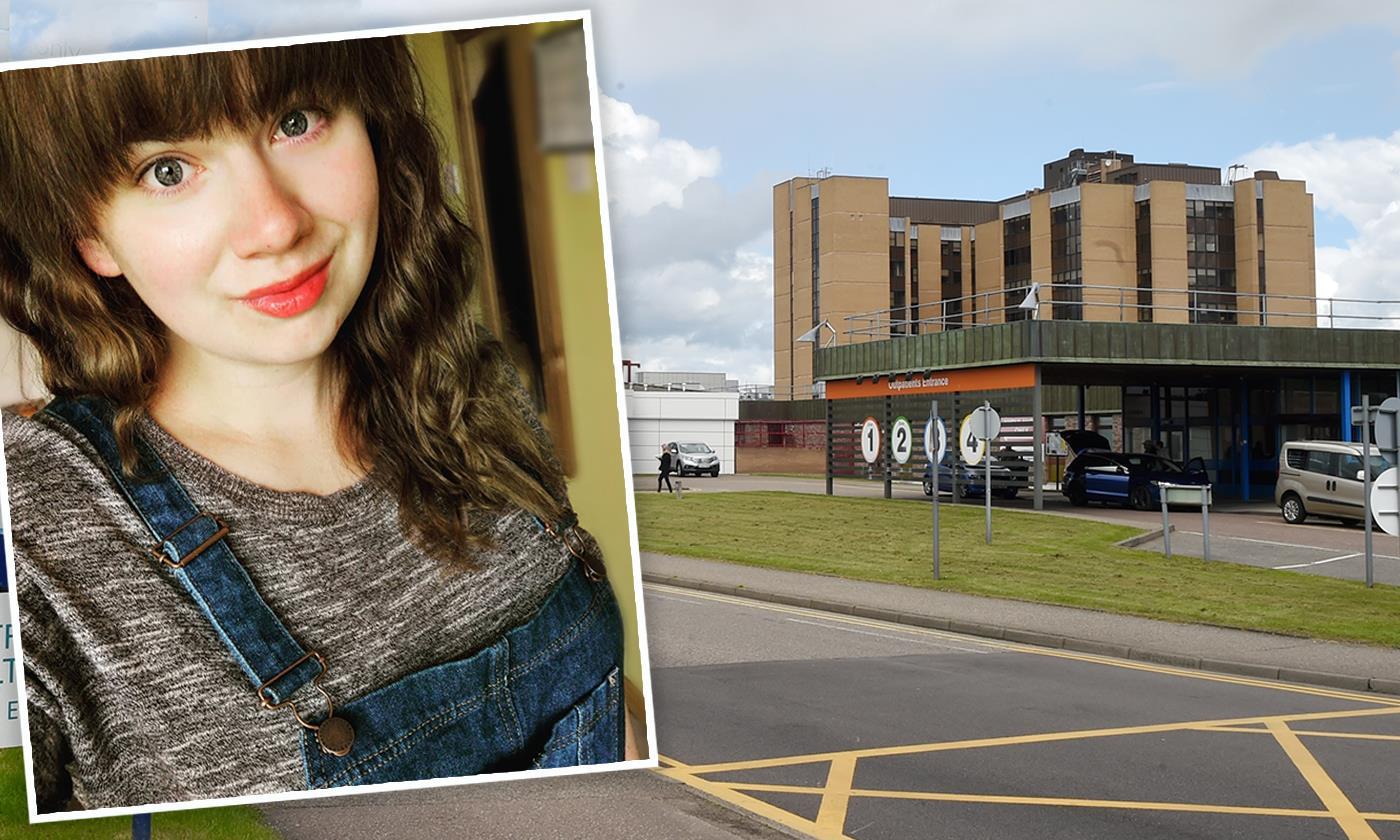 A woman who tried for years to have her painful endometriosis condition diagnosed warns serious conditions could be missed and permanent damage done because of a lack of rural healthcare.

Rebecca Wymer, 28, wants to convince the Scottish Parliament to expand NHS services – and fears lives will be put at risk without improvement.

The campaigner, who has a heart condition, also revealed she is putting off having children because of concerns about the long distances for specialist care.

Endometriosis is a condition where tissue similar to the lining of the womb starts to grow in other places, such as the ovaries.

“I went to A&E four years ago for a burst cyst on my ovary,” she explained.

“They couldn’t scan me because they didn’t have a sonographer who could do it, and they weren’t allowed to send me to Inverness because I didn’t tick all the right boxes.

“Serious conditions are being missed and permanent damage is being done.”

Ms Wymer, from John O’Groats, is taking forward her campaign through a petition at Holyrood.

It is focused on Caithness and Sutherland but similar calls have been made in other parts of the country.

They found my right ovary was stuck to my abdominal wall, which was causing the pain – imagine that constantly while bumping up and down the A9.

She claimed similar experiences would be deemed “illegal” if they happened to people in the Central Belt.

“If that was to happen in the middle of Edinburgh, if women were being told ‘sorry you have miscarried, can you drive to Carlisle?’, it would not be legal, so I don’t understand why it is that way up here.”

Ms Wyner says the lack of gynaecology specialists in the area mean “serious conditions are being missed and permanent damage is being done”.

She also fears the situation is “breaching basic human rights” and worries someone will end up dying because they are forced to travel 120 miles to Raigmore Hospital in Inverness.

Her call comes after Caithness Health Action Team submitted a parliamentary petition earlier this month calling for the region to break away from both NHS Highland and Highland Council because of the poor services.

‘We fall through the gap’

Ms Wymer was diagnosed with endometriosis earlier this year after being told the pain was all in her head for decades.

She said: “This was a misdiagnosis and it got me speaking to other women about it.

“A lot of women have said to me they can’t face the journey to Inverness because a lot of gynaecological conditions are extremely painful to have to sit for that long in a car.

“When I was diagnosed with endometriosis they found my right ovary was stuck to my abdominal wall, which was causing the pain – imagine that constantly while bumping up and down the A9.”

She continued: “You are asking people to drive three hours down to Inverness and three hours back, and that means taking time off work, an overnight stay, and time away from children.

“We feel we fall through the gap between Inverness and Orkney, there is always no funding even though Caithness and Sutherland is a huge area with a huge population of women and families.

“But for some reason we are still expected to travel to Inverness, sometimes for a five minute appointment.”

Campaigning for maternity services in Caithness has been going on for years.

Since 2016 the majority of pregnant women in Caithness need to give birth in Inverness because of a lack of consultants to run the maternity unit.

Births in Caithness have dropped by more than 90% with only 15 births recorded at Caithness General Hospital in 2020.

Ms Wymer says she is deliberately putting off having children because of the lack of maternity services in the area.

She added: “We know there is a maternity problem here, and the fact nothing is done is criminal.

“Caithness General Hospital is a brilliant hospital but it is understaffed because you can’t expect midwives who have trained for years to come and work somewhere where they never delivery a baby.

“I am putting off having kids because I have a heart condition which means I would have to live in Raigmore and pay someone for six weeks to do my job because I am self-employed.

“And that is all before I even go into labour.”

NHS Highland says a consultant obstetrician and gynaecologist is set to return to working in Caithness soon after a period of absence.

A spokesman for the health board also added gynaecologists are involved in diagnosing women in Caithness and Sutherland because local practitioners are able to go to them for advice and support.

They said: “The ultimate aim is to provide a life course approach and consider every aspect of women’s health.

“This will include having locally accessible care and nurse-led interventions where appropriate.

“The safety of women is paramount to NHS Highland and advice and support is always available for local practitioners from gynaecologists in Raigmore.

“Therefore, diagnosis would always be made with the involvement of a gynaecologist.

“A consultant obstetrician and gynaecologist who is locally based within Caithness region is returning to work after a period of absence and this will increase the support available to local teams.”

The spokesman added financial support is available to women who cannot afford the cost of travelling to and from Inverness and Caithness and Sutherland.

Members of the public can sign Ms Wymer’s petition until January 17 2022.