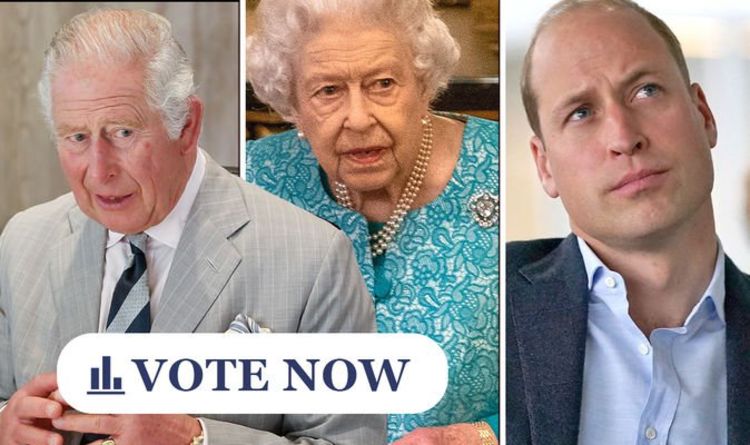 Vote in our poll below on whether the monarch, the Prince of Wales and the Duke of Cambridge should boycott the corporation over the documentary on William, Prince Harry and their relationship with the media. And let us know more about what you think in the comments section at the bottom of the page.

Our poll comes after reports the Queen has put on a united front with Charles and William against the documentary due to air on BBC2 tomorrow.

The Princes And The Press is presented by the broadcaster’s media editor Amol Rajan, an avowed republican, and looks at the tumultuous period between 2018 and 2021.

It is understood the palace fears the programme will allege brothers William and Harry briefed the press against each other through their representatives.

The palace is said to be furious the corporation has refused to allow it to see the documentary before it is broadcast.

The Queen, Charles and William have reportedly threatened a “tri-household” boycott in response.

A palace source told the Mail on Sunday: “There is upset about it.

“The households are all united in thinking this is not fair. No one at the Palace has seen it.”

The row over the documentary is said to have left the 95-year-old Queen “upset”.

The insider added that managers at the corporation had agreed the programme did not breach any of the BBC’s editorial guidelines on impartiality.

The source said: “You can’t make a documentary about royal journalism without mentioning briefings.

“It doesn’t point the finger at any individuals.”

A BBC spokesperson said: “The programme is about how royal journalism is done and features a range of journalists from broadcast and the newspaper industry.”

The Duke of Cambridge and the Duke of Sussex, who is living in California with Meghan Markle after quitting royal duties, have been at the centre of an ongoing rift.