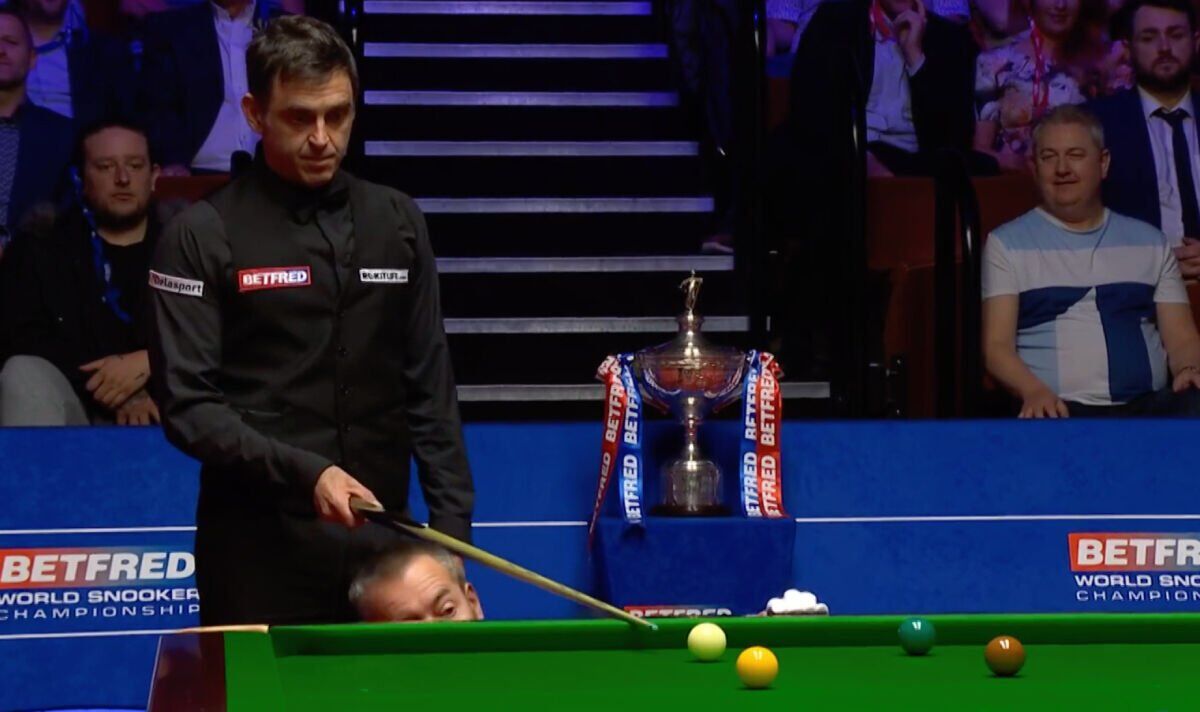 Ronnie O’Sullivan was once all for but any other ref row on Monday throughout his World Snooker Championship ultimate with Judd Trump. O’Sullivan completed Sunday in overall regulate at The Crucible, main his fellow Englishman 12-8 after proceeding the perfect shape he is proven all the way through in Sheffield. He recently leads 14-11 after Monday’s first consultation.

But all the way through the general, O’Sullivan has had aggravating members of the family with fit referee Olivier Martell. They got here to a head once more in the outlet consultation when O’Sullivan seemed to take a look at and hinder Martell as he sought a transparent view of the place he may re-spot to white.

The Wordsley-born big name left his cue flat in opposition to the desk whilst maintaining it, movements which obviously annoyed his new nemesis. On Eurosport protection the referee may well be obviously heard asking “Can I check please?” – however The Rocket refused to transport from his spot.

O’Sullivan’s has had an ongoing fight with Martell, which apparently started when ‘The Rocket’ complained in regards to the actions of a safety guard. The pair later argued about ball placement after which had an extra spat – even though it was once no longer transparent what about precisely.