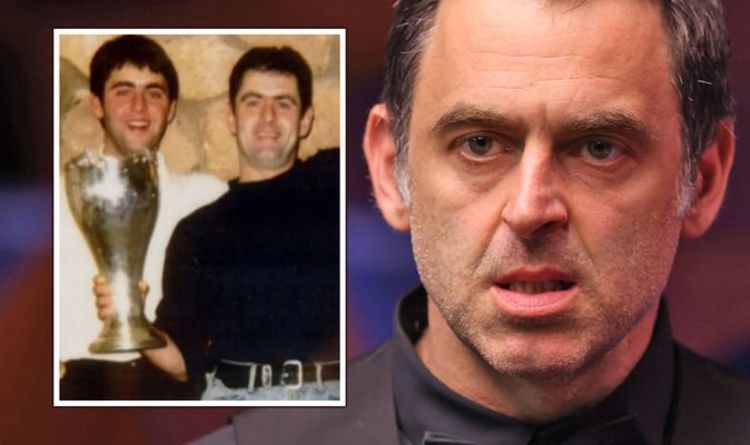 Ronnie O’Sullivan continues in his battle for a record-extending eighth Masters snooker title this evening. The Rocket outclassed Jack Lisowski 6-1 on Monday to reach the quarter-finals. He will face Australia’s Neil Robertson, in a repeat of last month’s World Grand Prix final, for a place in the last four.

Speaking to the media ahead of tonight’s showdown, which will be shown live on BBC Two, Ronnie said: “This is the Ashes, here we go.”

Ronnie has been in electric form of late, but also added there is more to come, insisting he has “been in second gear most of the time”.

Widely considered the greatest snooker player of all time, he has been at the very top of his sport for almost 30 years.

However, he once opened up about how his father being sent to prison, which happened in the same year he turned professional, almost derailed his career.

Ronnie O’Sullivan Snr was jailed for life for murder in 1992. He served 18 years behind bars before being released in 2010.

Speaking to the Daily Star two years ago, Ronnie said: “He was a big driving force behind me, he kept me on the straight and narrow.

“To not have him there was tough, it was teamwork. From 1995-2000 I won a few tournaments but I was never really consistent as much as I should have been.”

He said he wasted five years of his career “messing about really”.

He continued: “Once I’d won the UK Championship [his first ranking title] there was a monkey off my back.

“But dad was away and when he went away it took a year for me to get my head around accepting that he wasn’t going to be around.

“When I won that tournament I devoted that win to him, and if I never won another tournament it would be fine.”

Ronnie won the 1993 UK Championship seven days before his 18th birthday. He became the youngest ever winner of a ranking tournament, a record he still holds today.

Ronnie O’Sullivan during his match against Jack Lisowski. (Image: PA)

He won the 1995 Masters the following season, aged just 19, becoming the youngest Masters champion in history.

He said: “I started enjoying myself a bit too much thinking that I’d made it, when really I hadn’t, it was just one tournament. I think it would have been a lot different [with my father around].”

A period of Ronnie’s career in the late Nineties was marred with controversy — he acknowledged drink and drug abuse in the early years of his career and spent time in the Priory Hospital for rehabilitation.

Ronnie reacts to a shot during his match against Jack Liwowski. (Image: PA)

Having got himself back on the right path, he won his first world World Championship in 2001, defeating John Higgins 18-14 in the final.

He felt he would have won the prestigious title much earlier had he not lost his way.

He said: “Absolutely, 100 percent it would have been different.

“But it was what it was, it was unfortunate for me and him. Things could have been so much better.

Ronnie ditched his party lifestyle long ago in favour of keeping fit.

Ronnie O’Sullivan vs Neil Robertson in the quarter-final of the 2022 Masters airs tonight on BBC Two at 7pm.