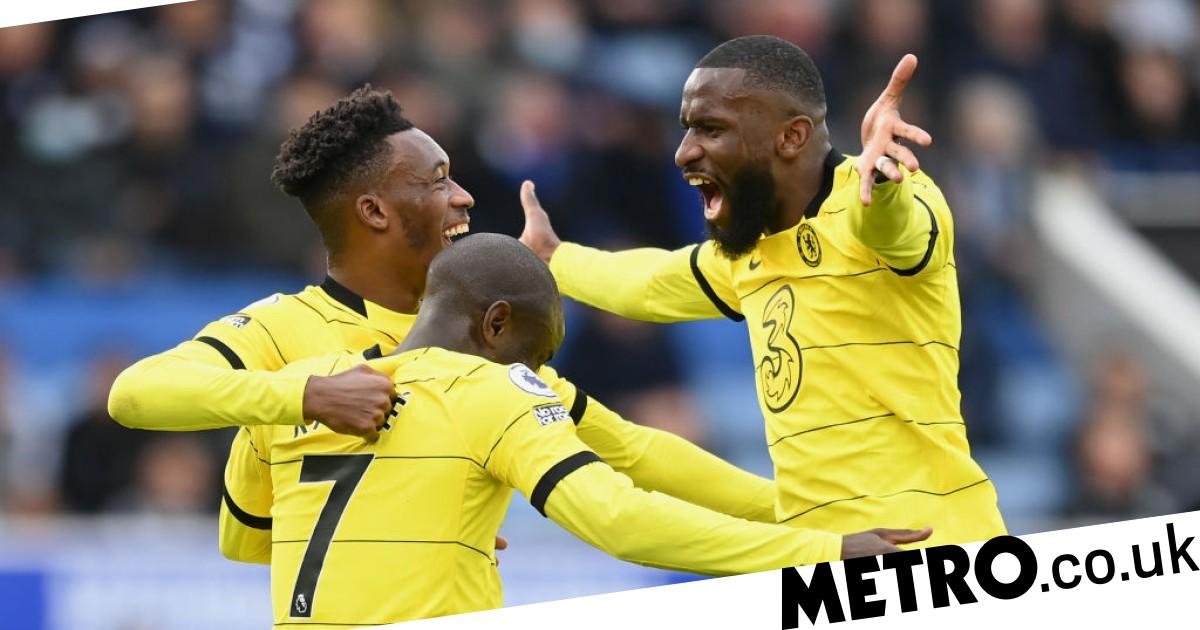 Rio Ferdinand has urged Chelsea’s board to pay contract rebel Antonio Rudiger whatever he wants after the defender gave another superb performance in Saturday’s 3-0 win over Leicester City.

The Germany international opened the scoring with a brilliant header from a corner, while N’Golo Kante and substitute Christian Pulisic also netted as the west Londoners cemented their place at the top of the Premier League table.

As well as netting, Rudiger was imperious at the back as the Blues recorded an eighth clean sheet of the season – though speculation continues to swirl around his future after talks over a new deal stalled.

Chelsea are believed to be reluctant to cave into Rudiger’s demands, with the defender looking for a salary in excess of £200,000-a-week, but Ferdinand believes he deserves to be one of the club’s highest earners and they should do everything to keep him.

Speaking on BT Sport after the Leicester game, Ferdinand said: ‘Well I think they’ve got to pay him so he is feeling that he’s getting paid what he feels he should be, which is at the upper echelons of the squad.

‘Wherever the highest earners are, I think he sees himself as part of that. If you look in this squad of players you wouldn’t want to lose, for a number of week or a number of games, he’d be one of the first on your list in terms of you’d want to keep him in there.

‘Because his influence, he’s aggressive, he sets the tone a lot of the time, and when they need to shut the door at the back he’s normally the one who puts his foot in where it hurts.’

Fellow pundit Joe Cole agreed, saying: ‘He’s in a fantastic position, similar to what Callum [Hudson-Odoi] was in a few years ago where your contract is running down but you’re an important member of the squad.

‘He’s a fantastic player and Thomas Tuchel will just be wanting to get it done and dusted and signed because he’s so important.

‘He’s almost irreplaceable in the sense that, while there’s other great centre-backs at the club, I don’t think there’s any with his aggression and that influence he seems to have over the team. So he’s in great position.’

On whether he expects Rudiger and his entourage will continue to make Chelsea sweat, Ferdinand added: ‘I think so. You’ve got to play the game. I think it’s two different parties looking at the situation and the player and his management team will be having their cards close to their chest and the club will be the same.’