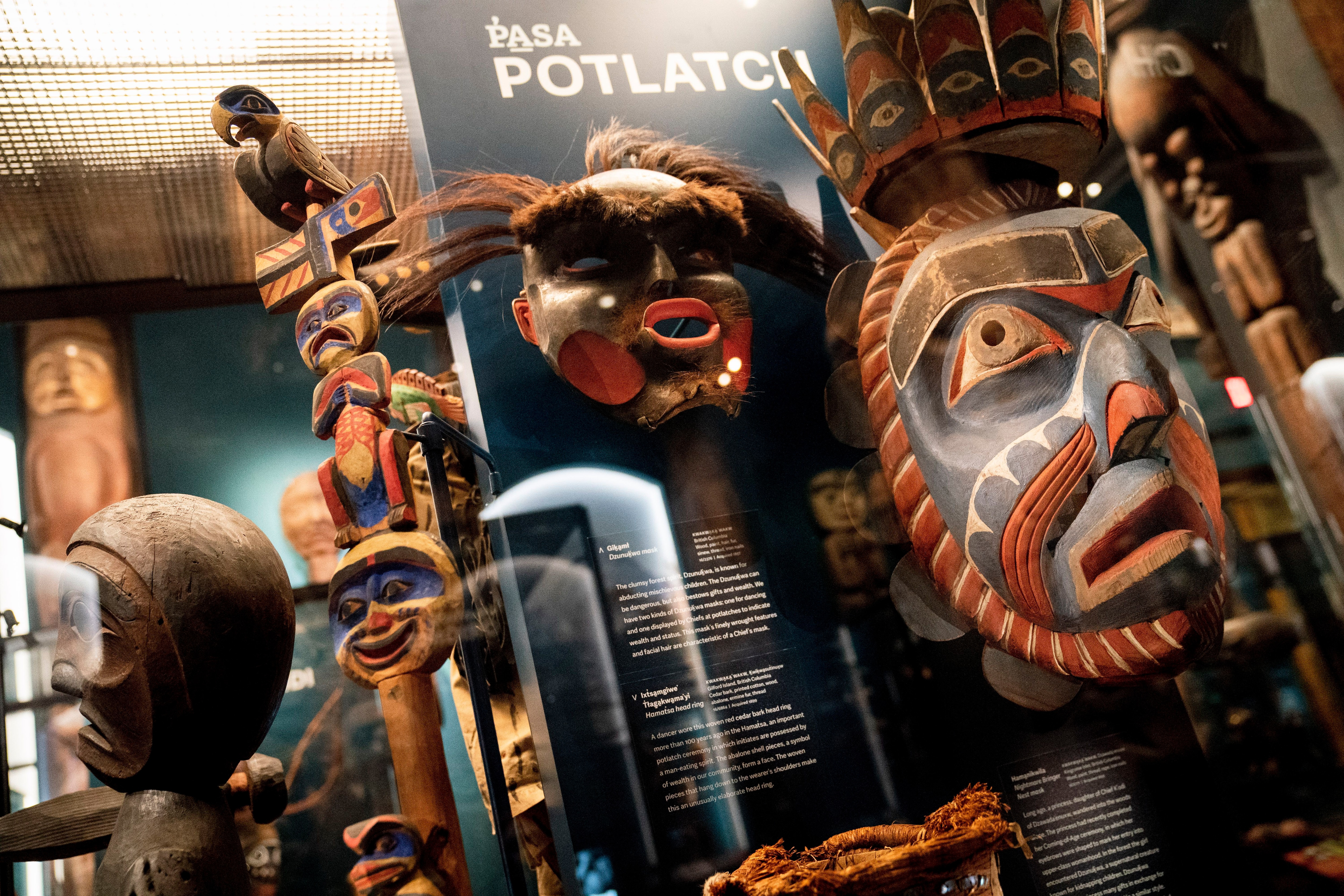 NEW YORK – In his first consult with to the American Museum of Natural History, Morgan Guerin had an inventory. Not of items he sought after to take a look at, although — an inventory of items that he hated.

It began with seeing sure regalia from his Musqueam Indian Band — sacred gadgets now not meant for public show — within the museum’s Northwest Coast Hall.

This wasn’t simply any consult with. Guerin used to be there on the museum’s invitation in 2017 for the beginning of a venture to renovate the corridor, incorporating Indigenous views. For him and representatives of alternative Indigenous communities within the Pacific Northwest and western Canada, the 5-year, $19-million renovation of the Northwest Coast Hall, which reopened to the general public Friday, used to be a possibility to inform their tales themselves.

“Our people are very, very tired of being ‘studied,’ because the misconception of who we are has always been the outside community’s downfall,” he mentioned. “We have always been here, ready to tell people who we are.”

The corridor used to be the museum’s first gallery, opened in 1899 beneath the auspices of Franz Boas, an anthropologist who used to be deeply within the Indigenous cultures of the Northwest and western coastal Canada. Boas used to be additionally a proponent of what used to be then a innovative concept that other cultures must be checked out in their very own proper and now not on some more or less comparative scale.

It had in large part remained unchanged, although, for the reason that early 1900s. When museum officers made up our minds it used to be time to renovate, they knew they could not do it with out enter from the folks whose cultures are on show.

“A lot of what we did was trying to bring this historic collection to the 21st century, and that’s by telling new stories with active voices in all of these communities and nations,” said Lauri Halderman, vice president for exhibition.

The museum brought together representatives of the Indigenous communities to talk about what the gallery should contain and what it should look like for the showcase of 10 Pacific Northwest tribal nations.

It wasn’t a simple process, made even less so by the impact of the pandemic, which forced remote instead of in-person collaborations.

“We didn’t really have a process or roadmap in front of us. We had to figure that out as we went … it’s hard work,” Halderman said. “But I think it was validated beyond all expectation when everybody came and said how proud they were.”

The hall includes some iconic pieces that anyone who has been to the museum will remember — including a massive 63-foot-long canoe that for decades was placed outside the hall but has now been brought in and suspended from the ceiling along with several giant carvings.

In what’s new, items on display are accompanied by text in both English and Indigenous languages and the hall includes a gallery section showing how younger Indigenous artists are using motifs and designs from prior generations. There’s also a video piece with people talking about the tribes’ pasts, and their concerns in the present.

There remains the fundamental question of whether museums should be holding these collections and trying to tell these stories in the first place, given the role that theft and colonialization has played in building them, and the way Indigenous communities have been treated.

Museums “seem to function as very expensive, and in the case of the American Museum of Natural History, maybe the most expensive, trophy cases in the world,” said Haa’yuups, co-curator of the hall, who is Head of the House of Taḳiishtaḳamlthat-ḥ, of the Huupa‘chesat-ḥ First Nation.

He said, “They seem to have a meta-language about them or a meta-message: ‘Aren’t we powerful? Don’t we go forth and dominate the world?'”

Haa’yuups saw his involvement as a way to help spur a difference, to get people thinking about whether the items on display would be better served by being with the people they came from.

It’s an issue the museum has and is continuing to grapple with, said Peter Whiteley, curator of North American ethnology. He said the institution, which has repatriated items over the years, had decided through the renovation process that it was willing to do some additional limited repatriation and develop greater collaboration between the museum and native tribes.

Deeper questions notwithstanding, members of the Indigenous nations and museum staff who took part in the process said it showed what’s possible in terms of collaboration and listening to Indigenous voices.

“The best thing about this, the result of these consultants from the different native tribes,” said David Boxley, representing the Tsimshian tribe, “is that it’s our voice speaking.”

Hajela is a member of the AP’s team covering race and ethnicity. She’s on Twitter at twitter.com/dhajela