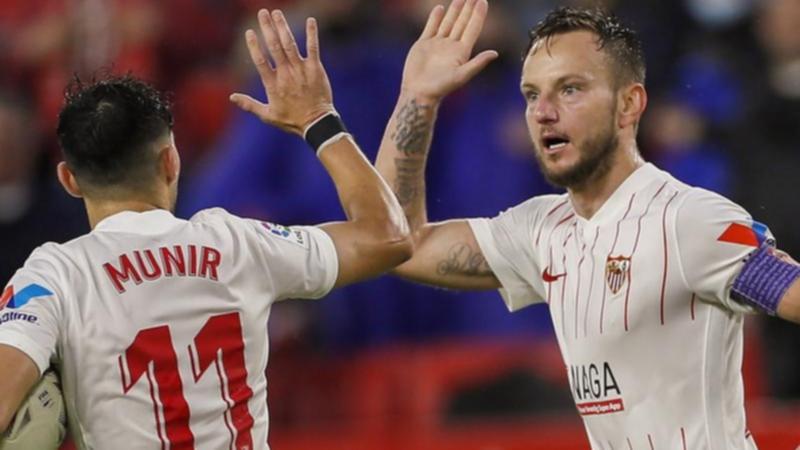 Ivan Rakitic’s stoppage-time goal lifted Sevilla to the top of the Spanish league after fighting back for a 2-2 home draw with Alaves on Saturday.

Alaves were poised to gain only their second-ever victory at Sanchez Pizjuan Stadium when Rakitic fired home a ball that fell to him from a poorly-defended cross.

The draw left Sevilla ahead of Real Sociedad on goal difference. Sociedad play Valencia on Sunday, when Real Madrid can also move ahead of Sevilla if they win at Granada.

Defender Victor Laguardia powered in a header from a corner kick to give Alaves the fifth-minute lead.

Lucas Ocampos equalised for Sevilla in the 38th, but his handball allowed Joselu Mato to put the visitors back ahead in first-half injury time from the penalty spot.

Heavy rain bogged down the pitch and made it difficult for Sevilla to deploy its more talented attack in the second half.

“It wasn’t easy considering how the field was with the rain,” Rakitic said. “It is a valuable point.”