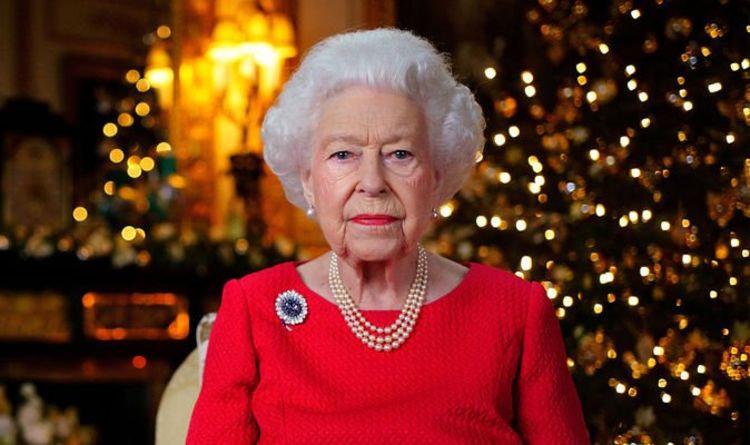 Queen: ‘Lessons to be learned’ about security says royal expert

Around 8.30am on December 25, security at Windsor Castle saw a man scaling a perimeter fence and running through the grounds. The intruder was later found to have a crossbow on him. It is believed that the man, identified as 19-year-old Jaswant Singh Chail, was attempting to assassinate Her Majesty.

This was the third intrusion at the Windsor estate this year, leading to concerned royal watchers to question how safe the Queen is there.

Mr Myers branded the issue of security at Windsor “concerning”, highlighting several other incidents that have happened this year.

He said: “It’s a very concerning issue that they are going to have to look into because this is the third intruder in the Windsor estate in the last year.

The Queen’s safety at Windsor Castle is being questioned after a third intruder on the estate (Image: GETTY)

Windsor Castle is where the Queen has been living since the start of the pandemic (Image: GETTY)

“[It is the] fourth if you count Prince Andrew being accosted by a woman who ran up to his car and started banging on the window a couple of weeks ago.

“But there’s been several other major instances.

“The one that stuck in my mind was the woman who turned up in a cab to Royal Lodge where Prince Andrew lives and said she was not only Prince Andrew’s lunch date and was coming for a meeting with him, but also claimed that she was his fiancée and got the security guards to pay for her cab before she was ushered into the building and allowed to walk around for 20 minutes.

“So there are major, major issues at hand here.

Prince Andrew was accosted in his car earlier this month (Image: GETTY)

“And from the people we then spoke to after this issue with the crossbow, people such as Dai Davies, such as Ken Wharfe, former bodyguards of the Royal Family, and they said there will need to be a major, major reassessment of the Queen’s safety at Windsor Castle.

“Because it’s always been, I think, an issue for security, because of the make-up of the land and the building, it’s not necessarily as fortified as somewhere like Buckingham Palace.

“But one would assume, definitely, that there are going to be major, major calls for some sort of security evaluation of what on earth is going on over there.”

Ms Forsey noted that it was “quite a dramatic” morning on Christmas Day due to this surprise crossbow incident, but that it did not seem to disrupt the Royal Family’s day.

The Duke and Duchess of Gloucester on Christmas Day (Image: GETTY)

Mr Vogler, who was down at Windsor on the day, said he was taken into the grounds of the castle opposite St George’s Chapel to take pictures of the royals as they attended a church service there.

He described how there were only a few royals there, with the Queen noticeably absent.

Mr Vogler said Charles asked the press waiting there: “Are you sure you should be out today?” while Camilla waved.

The photographer said it was “short and sweet”, but that it was nice to see something after the lack of any royal contact last Christmas.

Ms Forsey said the royals were likely “disappointed” that they did not get to meet well-wishers as they usually would at St Mary Magdalene Church near Sandringham in Norfolk.

Mr Vogler then explained that there was one “lovely Welsh lady” outside Windsor Castle who had decorated a bench with balloons and wished the Queen a merry Christmas.

All in all though, he said it was a “bit too sombre for Christmas” and looked forward to next year, which would hopefully be back in Sandringham.

He even hinted that royal watchers may “see royals we have never seen on Christmas morning before”.

Prince William and Kate, Duchess of Cambridge’s youngest child Prince Louis has never been to the church service, but will likely be considered old enough to attend by Christmas 2022.

To subscribe to Pod Save the Queen go to your normal podcast provider.