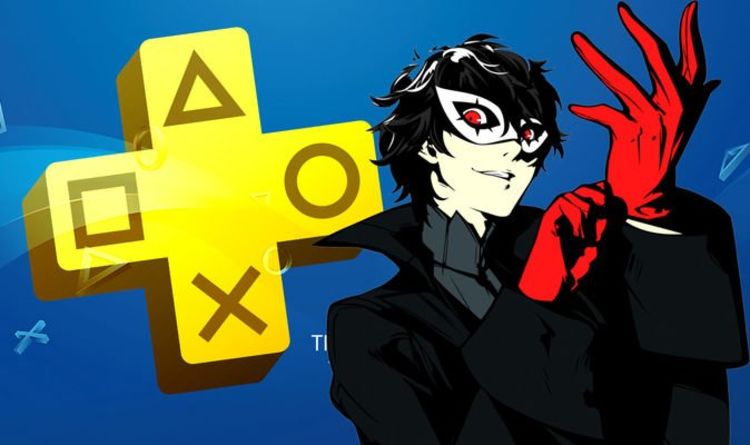 The first batch of free PlayStation Plus games for 2022 are soon getting released for PS4 and PS5 gamers. On Tuesday January 4 2022 the next PS Plus line-up will be going live, with Persona 5 Strikers for the PS4, as well as Deep Rock Galactic and Dirt 5 for both the PS4 and PS5 becoming available to download with PlayStation Plus. The PS Plus January 2022 line-up is going live at 10am UK time on Tuesday, and subscribers have until then to download the free games included with the PS Plus Decemeber 2021 line-up.

The current PS Plus line-up has a bumper selection of free PS4 and PS5 gamers that time is running out to download.

These games are Mortal Shell and DC Super Villains for the PS4, plus Godfall Challenger Edition for the PS4 and PS5.

But wait, there’s more! As an added bonus the PS Plus December 2021 line-up included three PlayStation VR games to download.

These titles are The Walking Dead: Saints & Sinners, The Persistence and Until You Fall.

If you’re a PS Plus subscriber and like the sound of any of the games included in the December 2021 line-up, but haven’t redeemed these titles yet, then don’t delay adding it to your libary before the free game downloads disappear.

Alternatively, if you’re not a PS Plus subscriber and are thinking of joining at the start of 2022 then you have some great deals to choose from.

The cheapest PS Plus deal currently available is with ShopTo who are offering one year’s worth of access to PlayStation Plus for £41.85.

Alternatively, you can head to CDKeys who have 12 months worth of PS Plus for £43.99.

And after the year PS Plus had in 2021, you’d be wise to pick up a PlayStation Plus membership.

Subscribers to the PS4 and PS5 service had a bumper year in 2021, with tonnes of great free games being released such as Final Fantasy 7 Remake, Days Gone, Control Ultimate Edition, Oddworld Soulstorm and Battlefield 5.

And at the start of 2022 it looks like Sony is picking up right where it left off.

Arguably the pick of the bunch of the PS Plus January 2022 line-up is Persona 5 Strikers – with this spin-off/sequel to Persona 5 only debuting in the West less than a year ago.

This stylish action game – which Express.co.uk awarded four out of five stars – first launched in the West towards the end of February 2021.