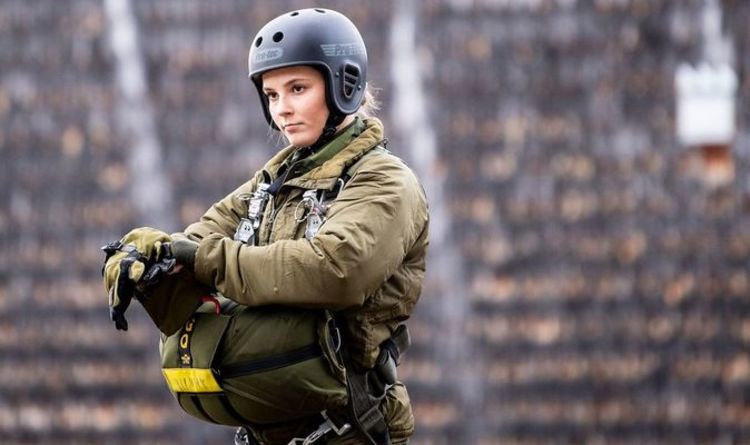 Daughter of Crown Prince Haakon of Norway and Crown Princess Mette-Marit, the 17-year-old Royal is second-in-line to the throne. She took a ride on a F-16 fighter jet during the visit to the Bodo base, following the footsteps of her father, who co-piloted a F-16 Falcon in 1991.

Clad in a military green uniform, the princess was welcomed by General Rolf Folland, who heads the Norwegian Royal Air Force called the Luftforsvaret.

As the fighter jet took off, the teenage princess was initially seated in the backseat to observe the process.

Later, she was allowed to control it for a brief period as the jet flew over Northern Norway.

Before boarding the plane, the royal went through a “thorough” medical examination as a part of the process.

During her visit, she was briefed about Norway’s armed forces’ mission statement, and learned more about the QRA – Quick Response Alert – where F-16 planes can be ready to fly in just 15 minutes to intercept foreign planes on NATO missions.

According to the reports, she has been taking a tour of several army and air force bases in Norway to learn more about the country’s armed forces.

When she ascends the throne, she will become commandant of Norway’s armies.

While most of her childhood was spent away from the spotlight, Ingrid Alexandra is now all set to take on royal duties.

READ MORE: William proves love for Kate as he delivers on three-year promise