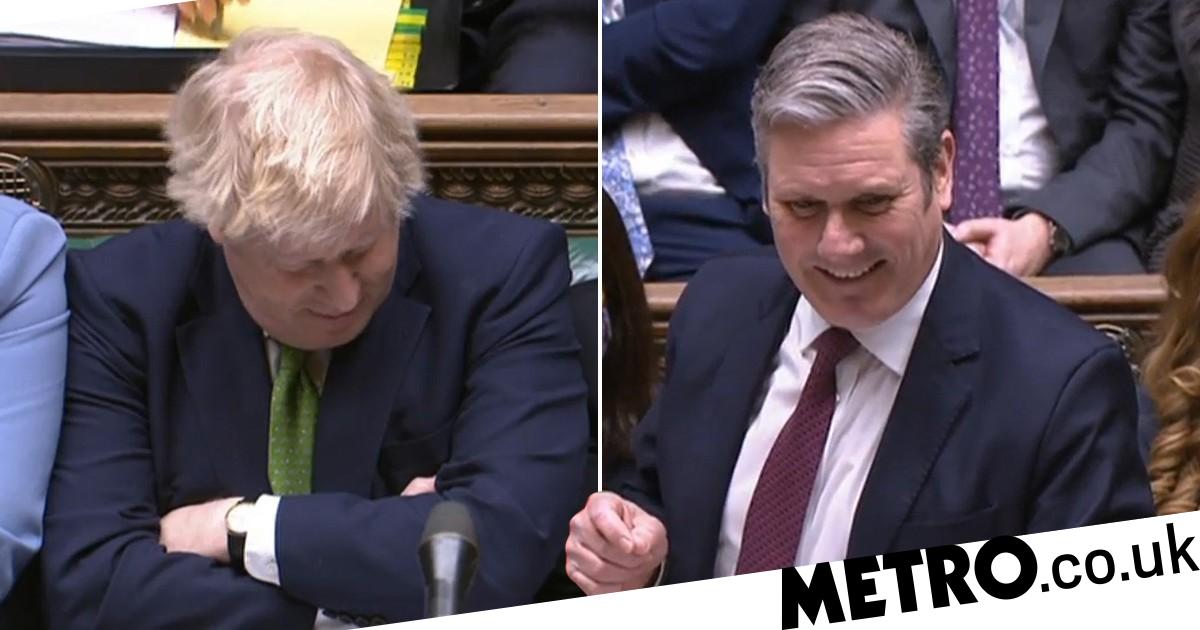 There’s been an air of ‘season finale’ about the world of British politics this week.

But while many of us were hoping for the demise – or resignation – of the main antagonist Boris Johnson, it would appear that the writers aren’t ready to give us that highly-anticipated scene just yet.

We’ve been dealt sub-plots galore. With a spiteful ex, Dominic Cummings and his threats to expose dirty secrets, an internal investigation by Sue Gray and an alleged blackmail plot, we’ve been subjected to more drama than even Jed Mercurio could envision.

If only it were fiction instead of our brutal reality.

PMQs was supposed to be the political highlight of the week, but you’d be forgiven for thinking that BBC Parliament had decided to program panto season on a Wednesday afternoon.

MPs hissed, booed and jeered as Keir Starmer and Johnson faced-off in the commons, so much so that Speaker Sir Lindsay Hoyle was forced to pause proceedings several times just so the two could be heard. Although many acted appropriately, swathes of MPs behaved like a pantomime matinee audience who’d eaten too many blue Smarties.

It’s shameful to watch some of our elected officials behave this way at work, knowing that those they represent are watching.

‘Our constituents want to hear the questions and the answers. The Great British public… need to hear’, begged Hoyle in the manner of an exhausted headmaster to a group of anarchic sixth-formers.

Hoyle is no stranger to chaos. He owns a menagerie of pets back in his hometown of Chorley, including two dogs, two cats, a parrot and a turtle called Maggie who’s ‘got a hard shell and isn’t for turning’. The parrot, incidentally, is named Boris because, according to Hoyle, he’s got ruffled feathers, he repeats himself and he never shuts up.

The African Grey is also capable of shouting ‘Order, order!’ – if only that were a concept familiar to our Prime Minister. Perhaps one of the parrot’s other learnt phrases ‘Would you like a drink?’ is more apt.

Human Boris lived up to his namesake at PMQs, as he repeatedly refused to answer questions about his attendance at Downing Street parties during lockdown, deferring to the Sue Gray investigation, the result of which has been delayed until next week in light of ‘new evidence’.

Despite fury from constituents across the UK, a defection from his own party, and an increasing number of Tory MPs reportedly submitting letters to prompt a no confidence vote against him, Boris had the gall to respond that his government’s success could be proven according to the effective vaccine rollout in the UK.

A vaccine that is scientifically proven to save lives, but not – as Johnson may wish – his career.

Starmer on the other hand – who has faced criticism for his lack of personality on the commons floor – found his groove quicker than Michael Gove in an Aberdeen nightclub. He was cracking jokes harsher than a three-line Tory whip: ‘I know it’s not going well, Prime Minister, but look on the bright side: at least the staff at Number 10 know how to pack a suitcase’ and after hearing so much noise in the Commons, he said, ‘I’m sure the chief whip has told them to bring their own boos’.

Get the man a Perrier.

It was one of Starmer’s strongest performances in the chamber, and he needed it, especially after his Deputy, Angela Rayner’s, turn on the stand when the Labour leader was isolating with Covid two weeks ago. Rayner burst in with personality, quick wit and a sharp tongue, and I couldn’t help but feel like Boris had his feathers ruffled even further by a working-class, northern woman who held him to task.

But the collective behaviour in the Commons was disappointing this Wednesday, and it made me question the very purpose of PMQs. Rather than an opportunity for constituents to have their concerns raised, it felt like it had become an excuse for MPs to let off steam. Due to the camera set-up in the chamber, it would be difficult to tell which side were guilty of disruption, but the direction of the Speaker’s scoldings made it clear it was Tory-led.

Considering that the main point of question was the behaviour of their own leader, it goes to show there is much dissent among the ranks.

Interestingly, MPs are actually banned from clapping in the Chamber, but surely that’s preferable to boos, hisses and braying like a donkey. Discussing the Royal Family is also not allowed, as Keir Starmer was reminded on Wednesday.

In the buildup to his question, Starmer said, ‘Last year, Her Majesty the Queen sat alone when she marked the passing of the man she’d been married to for 73 years, she followed the rules of the country that she leads. On the eve of that funeral, a suitcase was filled with booze and wheeled into Downing Street, a DJ played and staff partied late into the night.’

He then asked if the Prime Minister was ashamed that he didn’t hand in his resignation after being forced to hand an apology to the Queen. But Sir Lindsay intervened, pointing out that ‘We don’t get into discussions about the Royal family’.

This blanket-ruling appears somewhat archaic. How can a period of national mourning not be relevant to the questions Johnson must face over the Number 10 party scandal?

Johnson went on to request Starmer withdraw his question. Sir Lindsay said he had dealt with it and encouraged them to move on, but Johnson rose to his feet again, only for Rishi Sunak to tug at the Prime Minister’s jacket, in what seemed like an attempt to get him to stop. With Cummings out of the picture, I suppose someone had to step into the role of Boris’ puppeteer.

One must question the relevance of PMQs if the questions relevant to the concerns of the people are disallowed and the Prime Minister is able to swerve accountability on the basis of a technicality.

But even if the question had been allowed, I doubt we would get an honest answer – even if we could hear it over the commotion.

With Boris Johnson at the helm, Prime Minister’s Questions has become just that: all questions, no answers.


MORE : Keir Starmer says Boris Johnson is ‘mired in deceit and deception’ and ‘unable to lead’