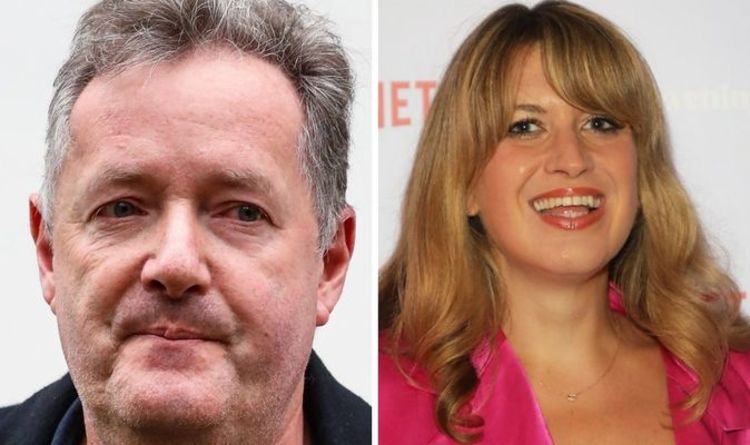 Beloved Christmas song “Baby, It’s Cold Outside” which was written by Frank Loesser and popularised in the 40s film “Neptune’s Daughter”, has caused controversy in the past decade. The song, which has been covered by world-famous crooners such as Dean Martin, has faced criticism among some listeners for the alleged implications of its lyrics. The male vocal part’s unrelenting pressure for the female to “stay” despite repeated suggestions she should go home have been described in certain quarters as suggestive of sexual harassment.

The first time the song was widely criticised for its lyrics was 12 years ago.

Then, in 2018 “Baby, It’s Cold Outside” was cancelled by a number of radio stations in Canada and the US after social media criticism and public pressure.

In a throwback episode of Good Morning Britain, Mr Morgan was apoplectic about efforts to ban the song, and suggested that cancel culture was “sucking the joy out of life”.

The broadcaster took part in a heated debate with author Daisy Buchanan on the matter.

“This song reflects the experience that so many women have had.”

Ms Buchanan responded: “This is a song about women trying to express themselves and say, ‘This is what’s happening, this is what I want to do, please listen to me.’

“And a man saying, ‘No, we’re going to do what I want’, talking over them which is what’s happening to me now, Piers.”

Mr Morgan later added: “Radical feminists like you want to suck the joy out of everything and make this look like sexual assault.

“She gave consent, she stayed.

“Do you not read the lyrics? She’s flirting with him.”

Susan Loesser, the daughter of the song’s composer, has attributed the controversy surrounding the song being associated with Bill Cosby.

Mr Cosby satirically performed the programme on US shows such as Saturday Night Live.

However the comedian has faced accusations of sexual assault against numerous women which he has denied on multiple occasions.

Mr Cosby was convicted in one case but the ruling was overturned this year for violations of the comedian’s 5th Amendment and 14th Amendment due process rights.