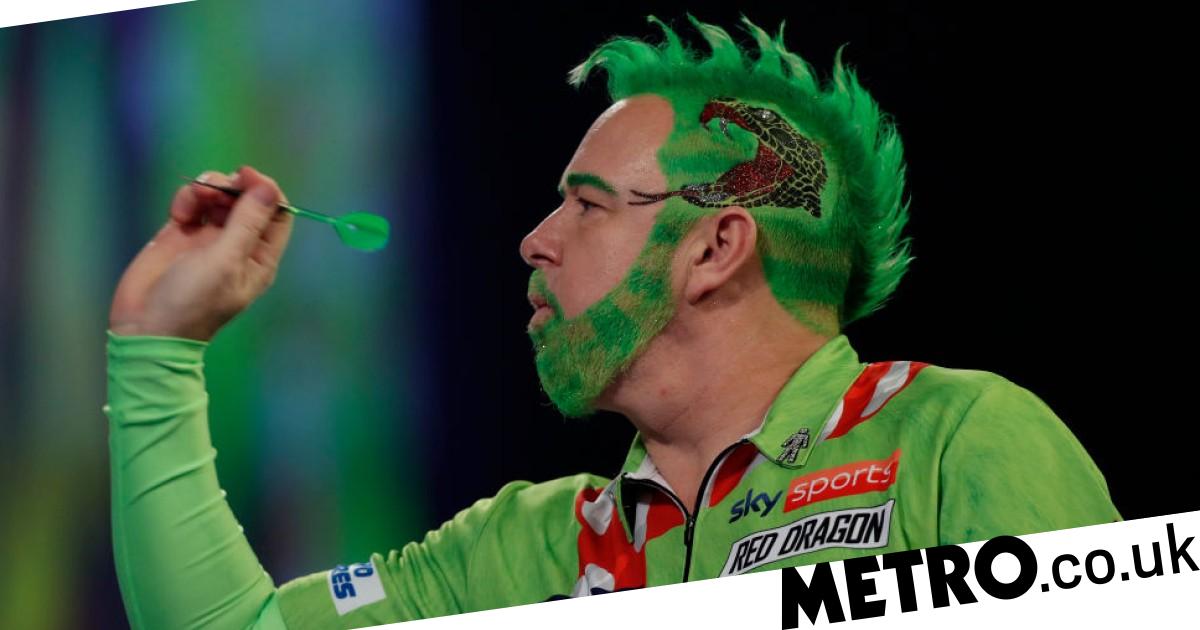 Peter Wright’s preparations for another World Darts Championship campaign have been hit by the effects of his Covid booster, but he is still feeling confident as he heads to Alexandra Palace.

The 2020 world champ got his jab on Sunday and was laid up as a result, not being able to practice just days before he takes to the stage in the biggest event of the season.

Having won the Players Championship Finals and reached the Grand Slam final last month, Snakebite is happy with his game, but is not pleased with his lack of practice ahead of traveling to Ally Pally.

‘Obviously feeling great, getting to the final of the Grand Slam and winning the Players Championships, feeling really good,’ he said.

‘Practice from the Players Championship until the weekend was great, but I had my booster on Sunday and it knocked me for six.

‘I still feel pretty bad today (Wednesday) but I could hardly get out of bed, aching all over, joints felt like they were on fire, hot and cold sweats, I had no energy, it was horrible.

‘Today I felt a bit better and forced myself onto the dartboard, but a bit rusty after a couple of days off.’

The 51-year-old tried to get the booster long before the big one in north London but couldn’t book one in, so had to bite the bullet at an inopportune time.

‘I just had to do it just in case the rules came in that to even play in the tournament, players might need the third booster,’ he said. ‘We tried to get it a couple of weeks ago but just couldn’t get in anywhere. I thought just get it done but it’s made me feel crap.

‘The couple of days practice I haven’t had is not going to help, but I’m confident I can still do it. I believe I can play better than I did at the Matchplay so let’s see what happens.’

Snakebite won the World Matchplay in stunning fashion earlier this year, turning in a string of memorable performances, including an average of 110 in a 10-7 semi-final win over Michael van Gerwen.

Before that triumph Wright said he was going to win both the Matchplay and the World Championship in the coming months and is sticking to it.

‘I just set myself a little target,’ he said. ‘I know the way I can play and if I transfer that onto the TV and stage then I know none of them can touch me.

‘I’ve done it in one tournament now I’ve got to back it up and do it in this one.’

Wright may be turning 52 in March, but he feels that he can not only win this World Championship but plenty more in future, believing he can still make vast improvements as a player.

He’s won a string of major titles but insists no one has ever seen his very best game on the television, which should worry his rivals.

‘I’ve got loads, loads more to come, I haven’t really shown what I can really do,’ said Wright. ‘There have been patches but I can bring them little patches into more consistency now. So I’m looking forward to that.

‘I haven’t played my A game on tele. I’ve played some nice legs and stuff like that. Last tournament I think I had four 10-darters, had a few at the Grand Slam, it’s just going to be better and better, more consistent.

‘I know I can win it [the Worlds] again, many times, because I know there’s not that many players that are that good over long distances, there’s only a handful.

‘If I’m getting to the latter stages over long distances then I’m going to be hard to beat.’

Snakebite gets his World Championship campaign underway on Friday evening against Ryan Meikle or Fabian Schmutzler.